Just 2-Months-Old, This Little Baby Is Fighting A Battle With Death | Milaap
loans added to your basket
Total : 0
Pay Now

Just 2-Months-Old, This Little Baby Is Fighting A Battle With Death 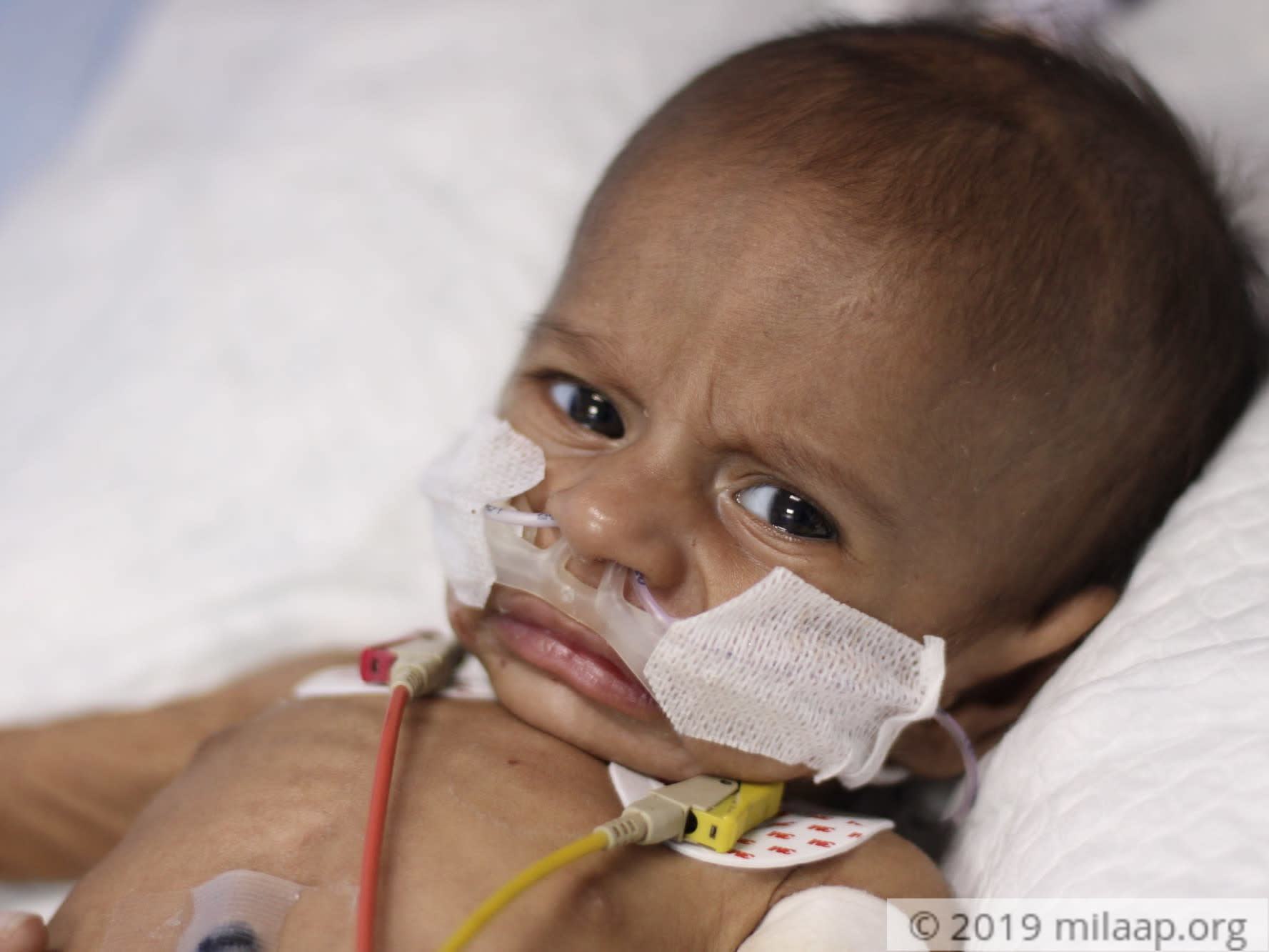 “All through my pregnancy, I dreamed of what I’d do once my baby was born. Of how I’d never leave his side. But just 20 days after he was born, his sickness separated him from me. He’s all alone in the ICU now, and I want to bring him back home!” – Gomathi, mother.

Blessed with a baby boy, Nagaraj and Gomathi were beyond joy. They spent all their time planning little Tamiliniyan’s life. With their little family now complete, life was good. But what wasn’t a part of their plan was, him fighting death at the age of 2 months. With all their happiness replaced with misery, and their laughter, with tears of agony, the couple is struggling to save their little boy by any means.

“He was a very active child. There was no trace of any discomfort. One day, like every other day, he had a head-bath and slept. But when he woke up, his head alone was hot. Soon, he had fever too and we took him to the doctors. They said it wasn’t normal and they were right. The blood test revealed the platelets count had decreased drastically, and there was a severe infection within. They suggested we admit him, but our family was scared. Instead, we followed the prescribed dosage of antibiotics. But that didn’t help either. He’d get better and fall sick again. It was a cycle. And we were very afraid!” – Gomathi.

They knew something was wrong, but didn’t know what...When his fever didn’t subside, the couple took him to a bigger hospital.

“Not knowing what it was that he suffered from, I couldn’t go to work. It was mentally disturbing!” – Nagaraj.

He was diagnosed with Meningitis and Multi Organ Dysfunction

“After all the running around, one of the doctors at an hospital told us that he had a severe infection and had to be kept under observation for 3 days, with antibiotics. But on the 2nd day, he began to suffocate. He couldn’t breathe - his lungs had been severely infected. He was immediately shifted to the PICU and put on ventilator support. They told us his infection had spread. They told us that the chances of his survival were close to none!!” – Nagaraj, father.

Days after his treatment, little Iniyan’s health had improved and he now had high chances of survival. With a month longer in the PICU, Iniyan will be good to go back home.

“The doctors told us that from 0, his chances have now come up to 80%. With 5-6 weeks of the PICU supportive care, our little boy can recover and come back to us!” – Gomathi.

"We don't know how we'll repay the loans we've borrowed. But he will live, they told us! That's all that matters!" - Nagaraj

The treatment costs 15 lakhs, and the parents are feeling hopeless

Nagaraj works as a machine operator at a company, for Rs.12,000 a month. It has been more than a month since he has reported for work. They’ve managed somehow so far, by borrowing money from people known and unknown.

“At first, the requirement was small as his condition wasn’t so bad. So, whatever gold I had, I mortgaged for very little money. If I had known earlier it would cost us this much now, I would have sold the jewellery. Now, I don’t have anything to sell! I am stuck at a dead-end. Can you help us?” – Nagaraj.

Supporters
A
Anonymous $1,000
PS
Pankaj Rs.25,000
865 others have contributed
Click here to know more about Tamiliniyan

Donated to this campaign via Bank transfer/QR Code? Click here if you can’t find your donation listed below.
A
Anonymous donated $1,000
PS
Pankaj donated Rs.25,000

God will bless you, you will be well and healthy soon

Iniyan - you are going to be fine very soon.