This Devastated Mother Begs For Your Help To Save Her Cancer-Ridden Son’s Life | Milaap
loans added to your basket
Total : 0
Pay Now 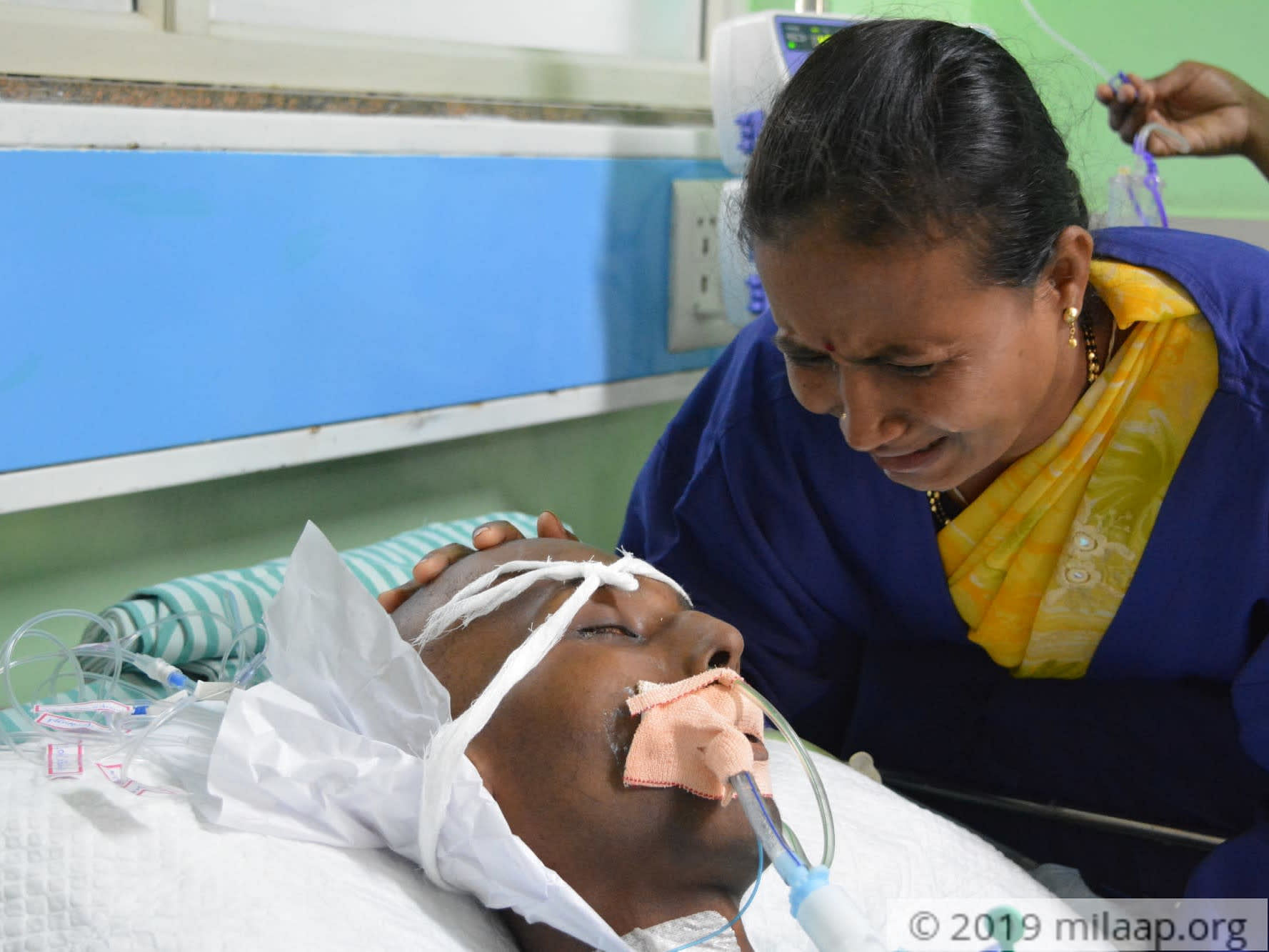 Share on facebook
If you think you are strong-hearted, you have to listen to this mother’s cries for her son. It is heart-wrenching. Her son has been admitted in the ICU and has been in a coma for the past 2 days now. She has been in an inconsolable state ever since. She even fainted several times in the hospital due to mental and physical exhaustion.


“Somebody please help us. I need my son to wake up and talk to me. He never used to let me cry. He would tell me not to cry in front of him. Why is he not responding to me now? Why is he not telling me not to cry? Please make him alright and bring him back to life. I cannot bear to see him so lifeless.” -Sunitha, Mother

Sumith (17) has been diagnosed with Osteosarcoma. A month ago, just the day before his 17th birthday, Sumith experienced severe leg pain and was seen limping. His parents thought he might have injured his leg during a fall. After a couple of days, when the pain did not reduce, they took him to the local doctor for treatment. It was then they heard the worst news of their lives—their son has bone cancer. One week ago, he had a high fever and his blood pressure dropped. He had to be admitted to the ICU, and has been there ever since.

His world revolved around his school, studies, and home

“My little brother is a shy and studious person. He is extremely intelligent and ambitious. He aims to be a doctor. We never thought he would end up being in the hospital as a patient battling for his life. How can something as fatal as cancer come to such a healthy boy? He was someone who used to not touch any junk food. I’m finding it very hard to come in terms with this.” – Anil, Sumith’s Brother

Sumith’s father Shivkumar has been struggling to make ends meet working as a daily wager. He was working in a sugar factory in Bidar, Karnataka which shut down 3 years back. He lost his job then and was not able to find any other stable job after that. He now earns hardly 200—300 Rupees a day which is spent on the family’s basic needs.

“I really don’t have the money for my son’s treatment. We need 12 Lakh Rupees for Sumith’s limb salvage surgery and chemotherapy. I wish I could do something but God has made me poor and helpless. I’m losing strength and faith day after day... I can't save my son.” – Shivkumar, Father

Sumith needs to continue getting chemotherapy and needs a surgery to survive this disease. But his parents have no income or means to raise such a huge amount. They beg for your contributions. Please extend your support to save Sumith. 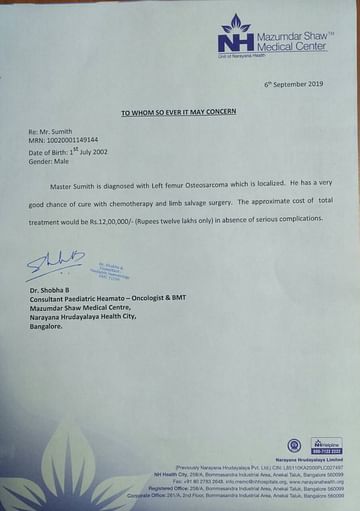 Prayers for his speedy recovery and good health and longgggg healthy life...