He Wanted To Become A Doctor To Cure People Of Cancer, But His Own Cancer Relapsed | Milaap
loans added to your basket
Total : 0
Pay Now

He Wanted To Become A Doctor To Cure People Of Cancer, But His Own Cancer Relapsed 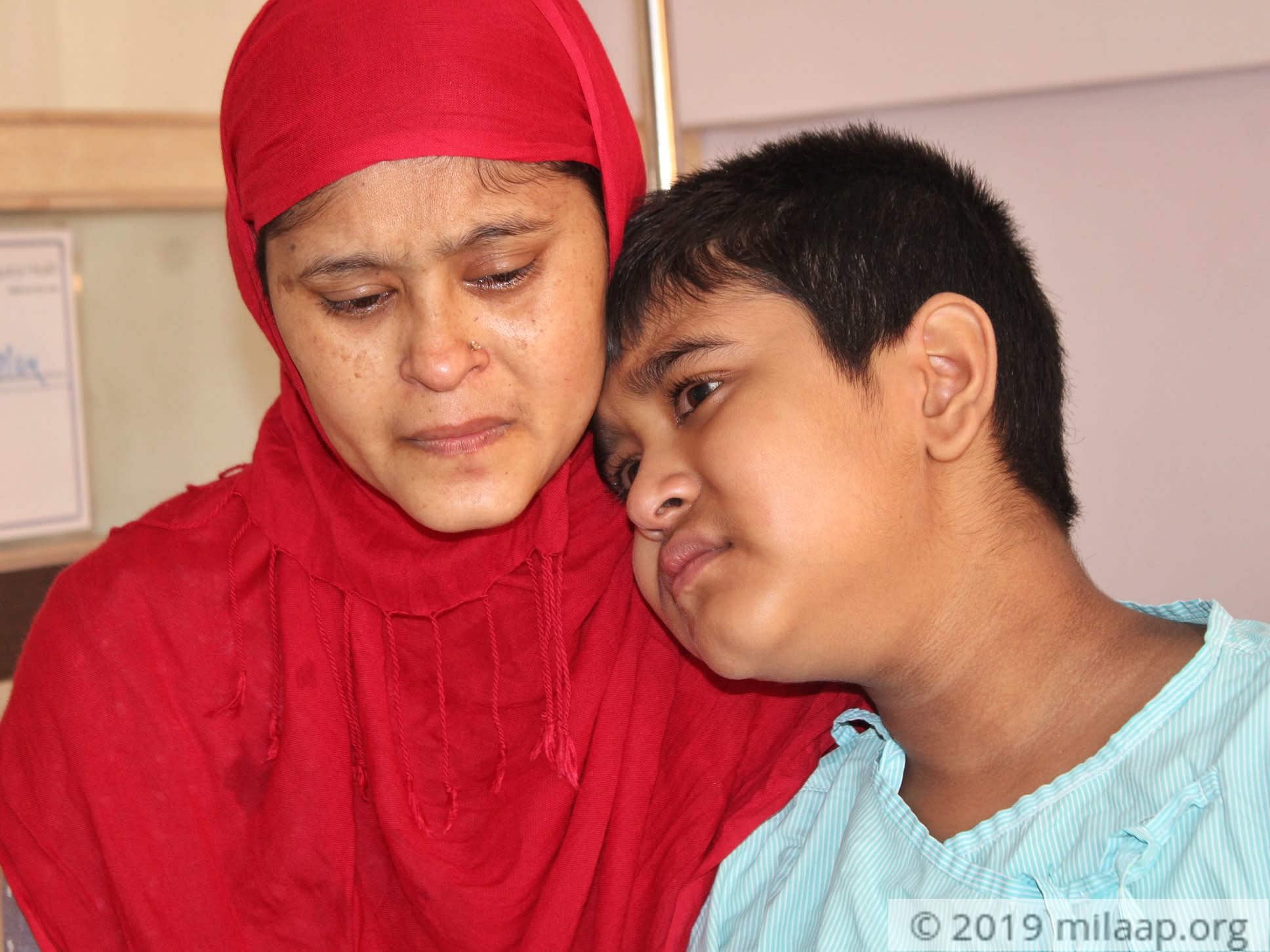 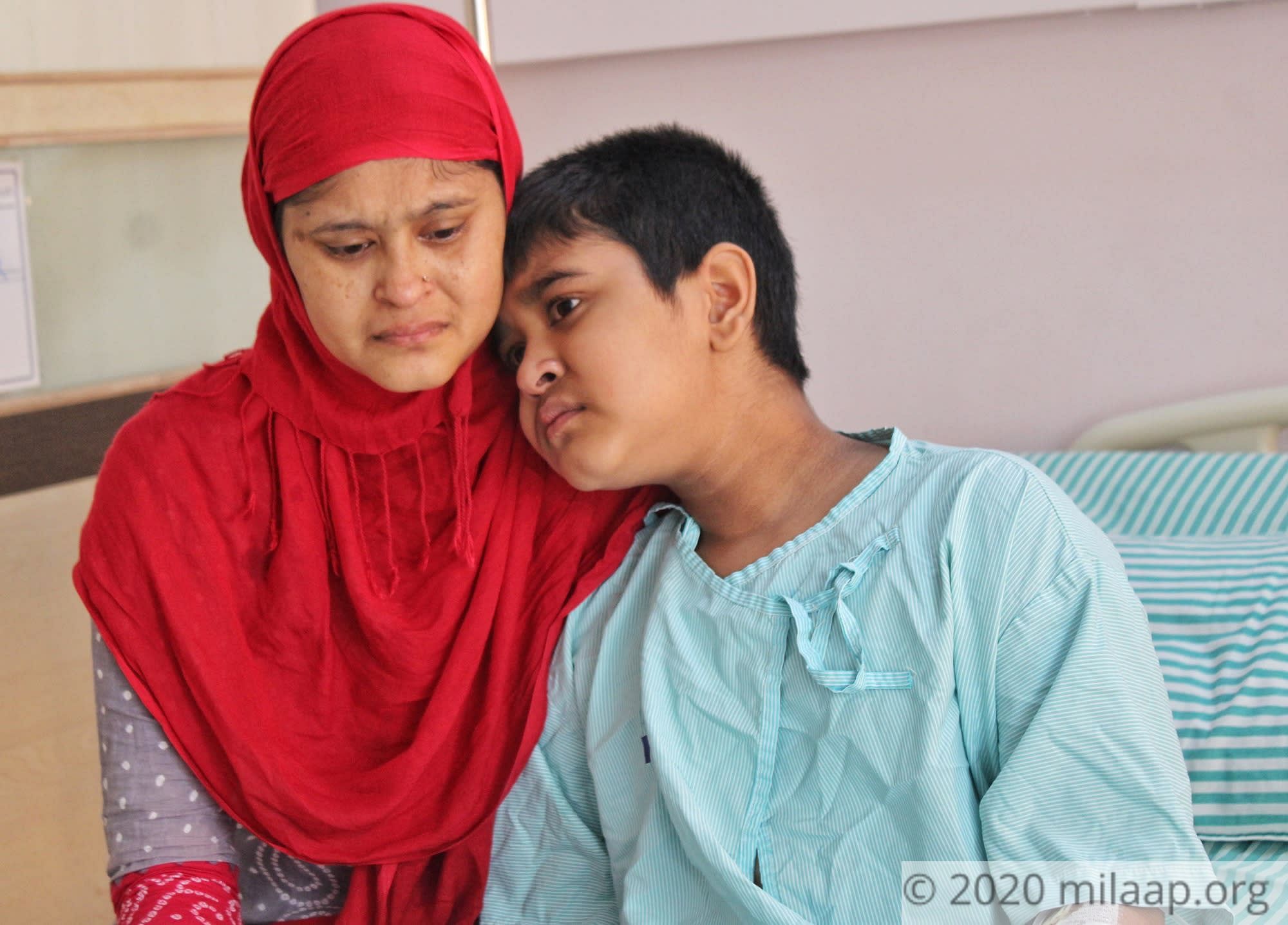 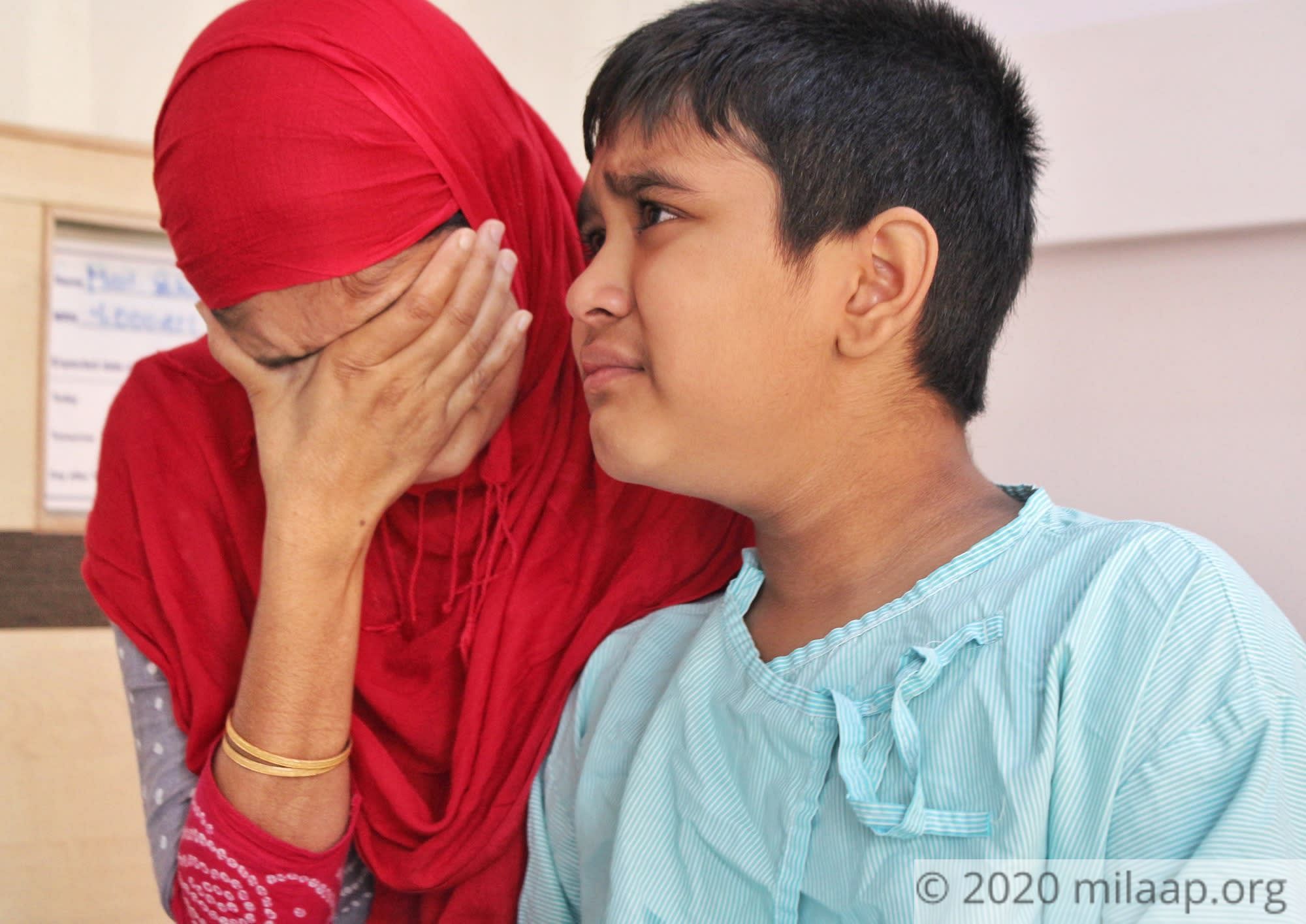 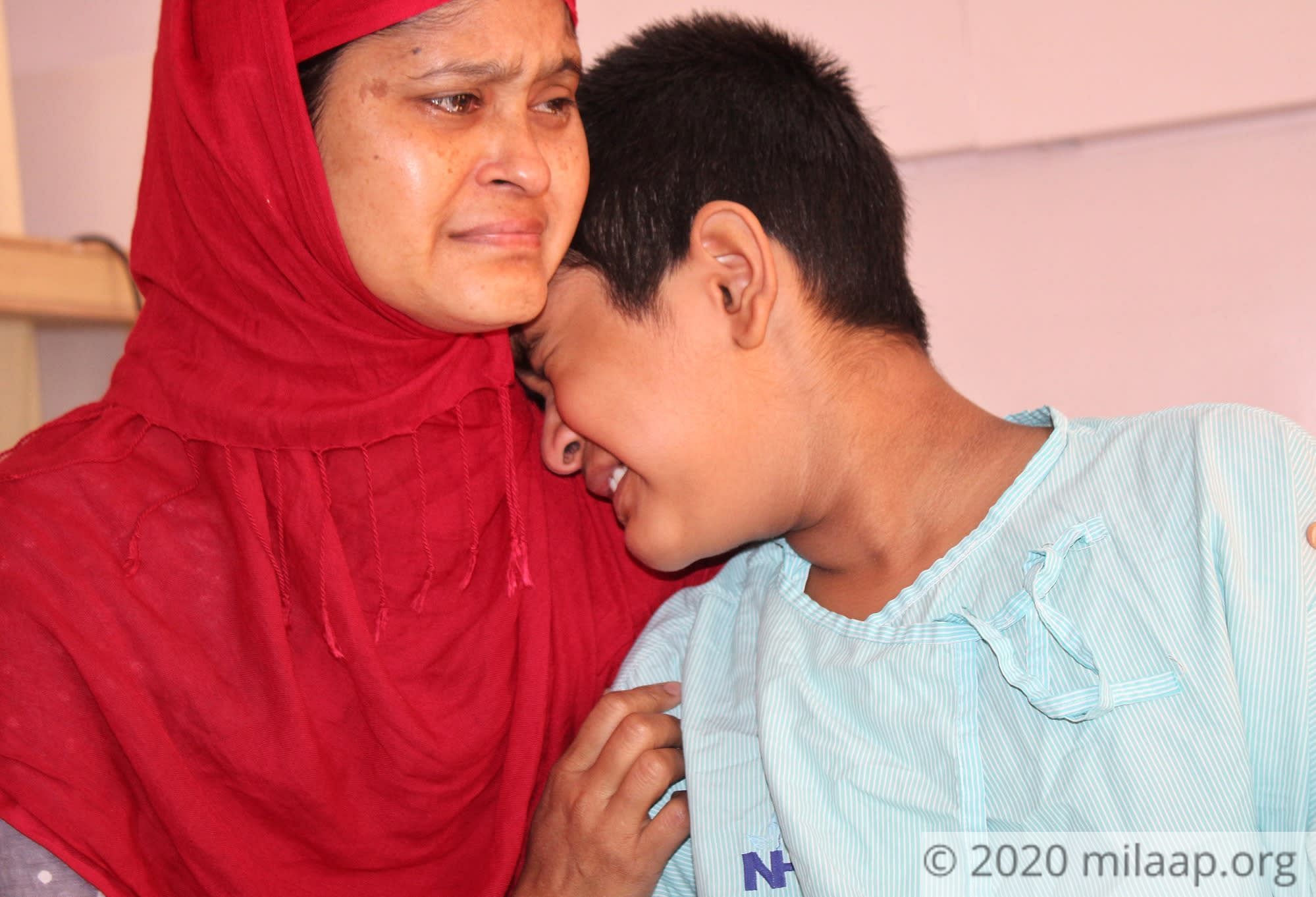 “Initially, he cried a lot and refused to cooperate with the doctors. But months went by, and every time another child with cancer cried in fear, he’d go tell them it would all be gone soon. He instilled confidence in them, and he stepped out of the hospital saying he’d become a doctor – an oncologist. He’d beaten his cancer; he wanted to beat everyone else’s! But after all this time, it has come back now, and he’s devastated… we all are!” – Manzurah, mother.

When he was just 8, little Sakil's life changed

In 2017, when Sakil was just 8, he suffered from a severe fever and his parents rushed him to a hospital, not knowing what was in store for them. Many scans and tests later, he was diagnosed with blood cancer.

His cancer has now come back, stronger than before

Little Sakil put up with 9 months of chemotherapy, screaming and crying. But he survived and was finally declared cancer-free. Although he still couldn’t go to school, his father made up for it, by teaching him and helped him take up exams from home. But a few weeks ago, he complained of severe leg pain, and could barely walk…. Upon checking, their worst nightmare had come true. The cancer had come back!

He's suffering now, more than ever

Sakil has been admitted in the hospital and has begun treatment. He needs months of intensive chemotherapy, followed by a bone-marrow transplant. Without this, it is very difficult for him to recover from this relapsed cancer. The treatment and surgery will cost the family 28 lakh rupees.

“He’s suffering now; more than ever. With the high dosage, he’s not able to take it. He’s in too much pain, and can’t lay his feet on the ground. We carry him around everywhere.How many more times does he have to go through this? He asks us if this is how life is going to be for him… we have no answer to that!” – Manzurah

Still in debt from his medical expenses in 2017, the family is helpless

Wahidhar takes tuitions at home for a living and earns no more than Rs. 8,000 a month. But over the years, he’s been unable to leave his son’s side and works only when there’s time. The family is in debt from the hospital expenses in 2017, that cost them 12 lakhs. They see no way of being able to gather 28 lakhs now.

“It’s as good as being unemployed. I am not able to leave his side for even an hour. He’s scared now and he needs us to tell him he’ll be okay someday. He wants to keep hearing it. How will I afford 28 lakhs? We, as a family, have sold all we ever had! I can’t…” - Wahidhar

He dreamt of becoming an oncologist and curing people of their cancer, but he's still there, struggling to fight his! Your generous contribution can help save him. 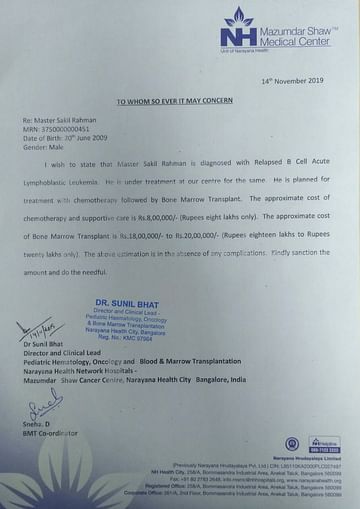 Click here to know more about Sakil Rahman
Donate now
OR
Click here to read the instructions before you make a bank transfer.

Get well Dear Sakil ,my son.Allah ll cure you soon in sha Allah....I m making dua for u in my sajdah. .....never ever dua goes unheard....u are a strong boy ......have some more patience...... may Allah Subhanallahu Taàla ease yr pain and yr parents too.

In sha Allah everything will be alright soon and you’ll be fulfilling all your dreams !

Donated to this campaign via Bank transfer/QR Code? Click here if you can’t find your donation listed below.
K
Khursheeda donated $1,416

Get well Dear Sakil ,my son.Allah ll cure you soon in sha Allah....I m making dua for u in my sajdah. .....never ever dua goes unheard....u are a strong boy ......have some more patience...... may Allah Subhanallahu Taàla ease yr pain and yr parents too.

We are praying for you shona

In sha Allah everything will be alright soon and you’ll be fulfilling all your dreams !

May Allah help ur son to recover soon... i pray for ur son... i am also sick please pray for me too...