Mother Fears Her Baby's Head Will Explode Due To Her Birth Defect, She Needs Surgery In 24hrs | Milaap

Mother Fears Her Baby's Head Will Explode Due To Her Birth Defect, She Needs Surgery In 24hrs 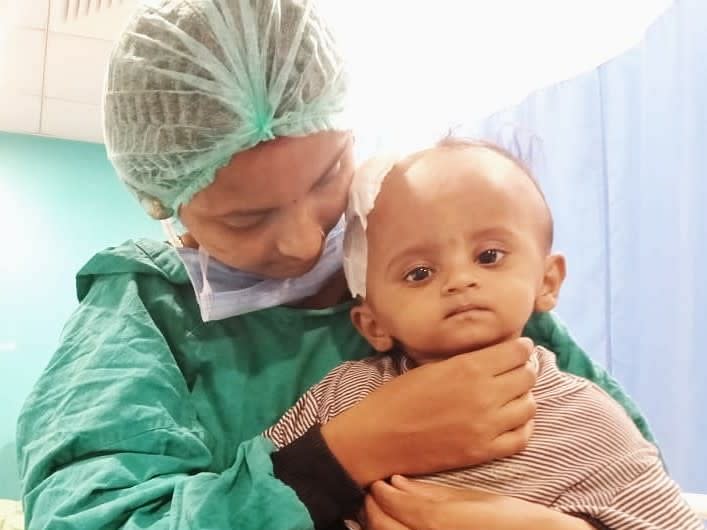 Share
Shubhanghi could feel her heart beating wildly, tears flowing down her face, as they rushed to the big hospital in Nagpur with Rushali. All through the 200km journey, the poor one was crying at the top of her lungs, each wail twisting this young mother’s heart with more and more fear and guilt.

Baby Rushali had fallen, hit her head. And the doctor at their local clinic had said it was so serious she could die at any moment. 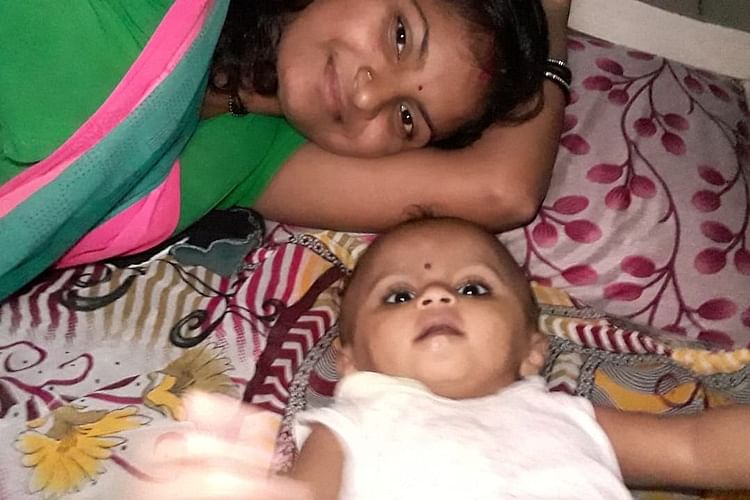 "She’s at that age where she tries to walk, you know? She could crawl around pretty fast, but was still learning to stand up on her own and take her first few steps. Last week, suddenly... One moment she was smiling wide, arms flailing about as she tried to hold her balance, and then she fell, striking her head on the floor! Jadhav, who had just left for work heard it all the way from outside, and came running back! When she didn’t stop crying after 10 minutes of me rubbing her head, we took her to the local clinic. We thought he’d give her some medicine, not do some scan and tell us that she could be dying!” — Shubhanghi 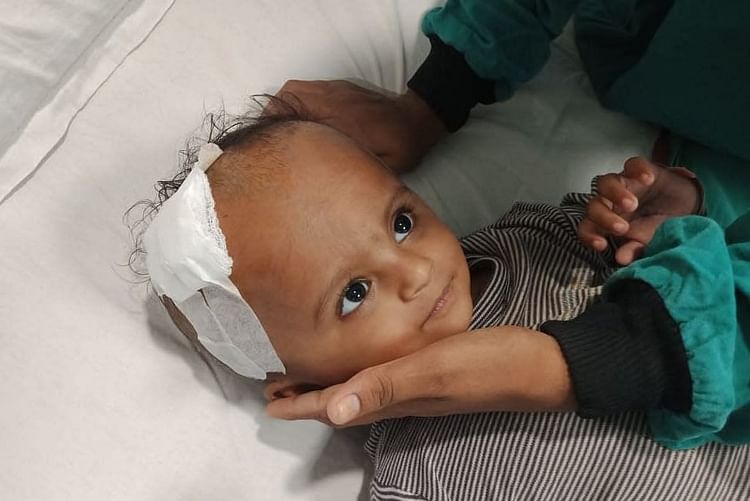 Her injury revealed a horrible truth, she needs urgent surgery

Little Rushali was born with hydrocephalus. In a normal brain, a fluid called cerebrospinal fluid is produced in the center, and coats the outside as a protective layer. But in some cases, due to various reasons, a severe buildup of CSF inside the brain can happen. This causes it to swell abnormally with so much pressure that it makes the skull expand too. In Rushali’s case, it was only mild at first, and not very noticeable. After the injury, her head started getting bigger and bigger!

“Once we reached Nagpur, they did more scans and saw the fluid was at dangerous levels and only increasing further. Because of the medication she's on she doesn't cry as much as she used to, but her condition is actually so bad they’re saying she needs an urgent brain surgery in the next 24 hours, or she’ll die!” 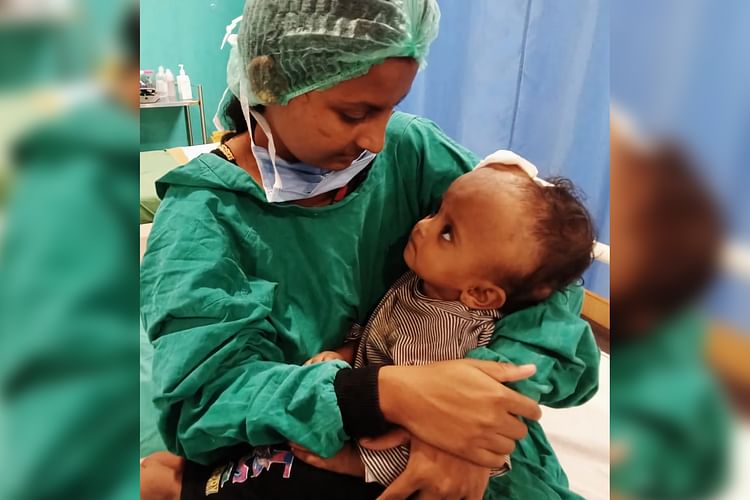 Rushali only has 24 hours, and her father can't save her

“I’m a daily-wager in my village. Sometimes I work on farms, sometimes I do construction work. Shubhangi has never asked me for anything in the 3 years since our marriage, she has never complained about how much or how little money I make. But today she asked me to save our daughter’s life, and I just... I can’t! I’ve tried so hard, I’ve borrowed as much money as I could, but there’s nothing more I can do! I can’t even afford a room for us here in Nagpur, Shubhangi and I sleep in the waiting area while our daughter lies in the ICU. You’re our only hope... Please, please save my daughter...” — Jadhav, father

These young parents are at their wits’ end. Rushali is their first child, and they’re helplessly watching her die because they’re just too poor. You can help them by clicking here to donate.
RJ
Patient Rushali Jadhav is 11 months old, living in Nagpur, Maharashtra
NC
Being treated in Nelson Children Hospital, Nagpur, Maharashtra