These Parents Are Starving Themselves To Save Their Son From Cancer, But It's Not Enough | Milaap

These Parents Are Starving Themselves To Save Their Son From Cancer, But It's Not Enough 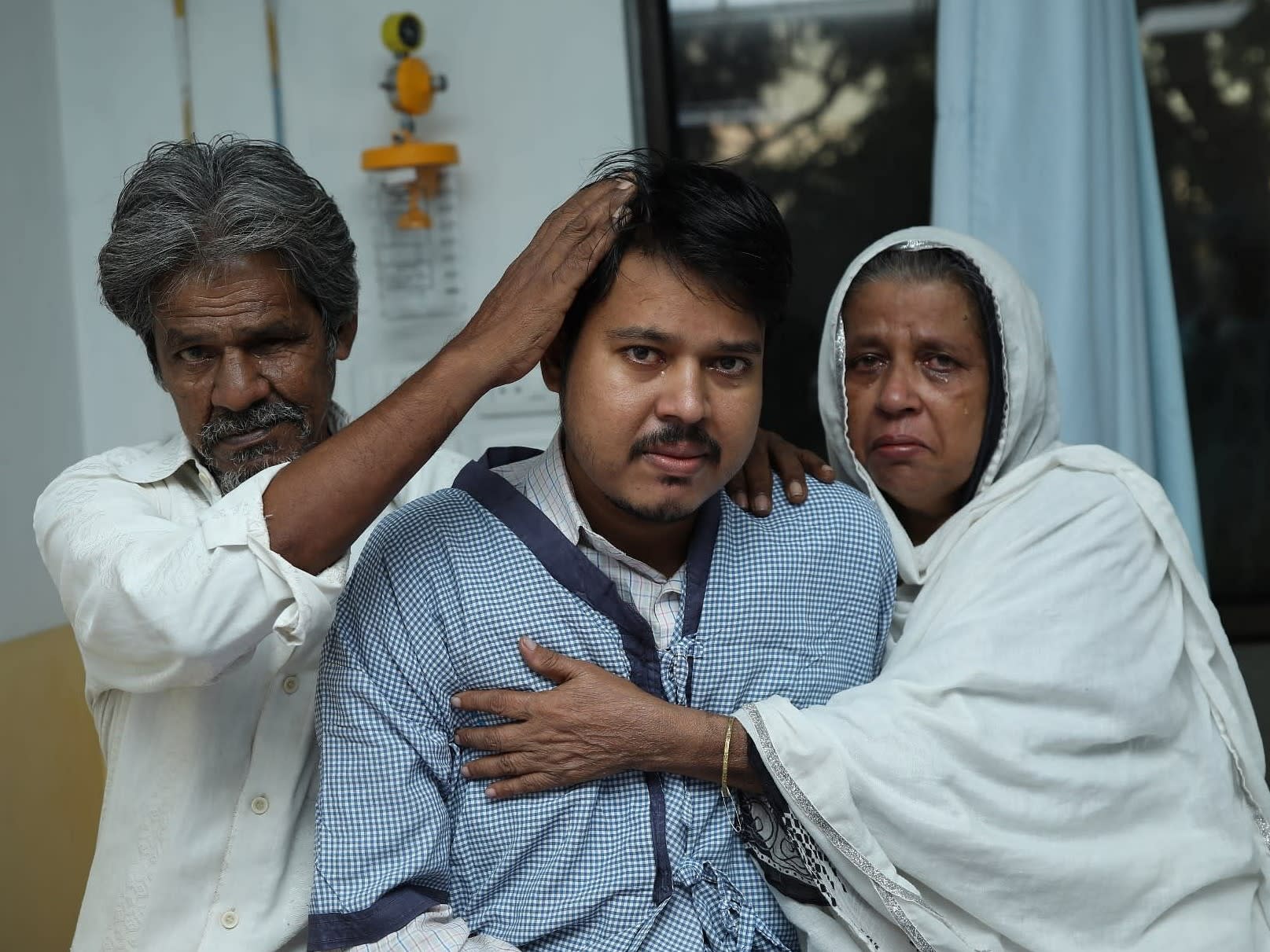 Share
For 6 months now Raja Murad has been confined to his bed, helplessly watching as his aged parents and younger brother struggle to survive, unable to afford even 3 square meals a day. Murad had been the sole breadwinner of his family for years, right from his college days; he’d had no choice but to start working after his father woke up blind one morning and had to unexpectedly retire.

“I feel so horrible, so guilty. It’s not their fault I got cancer! They spent all their money trying to save me and now... now they have nothing left to even feed themselves!”
— Murad, crying, his voice barely a whisper 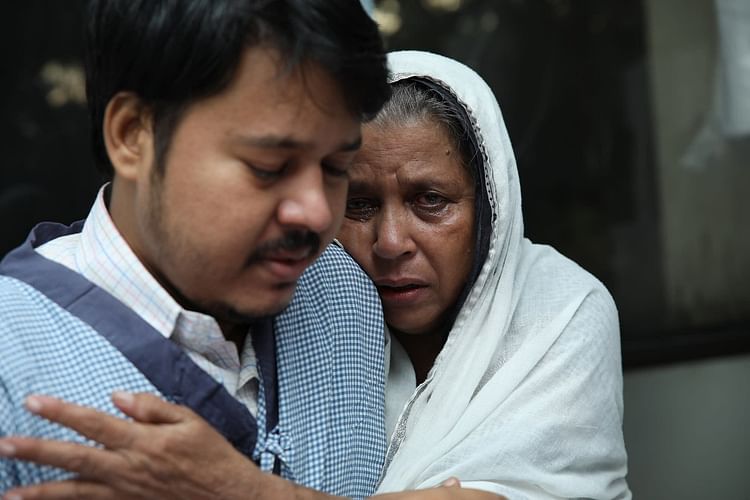 Murad with his mother just last week, when he was strong enough to at least sit up in bed
In early January this year, when Murad started having frequent coughs, he didn’t really think much of it. He blamed it on the weather, took some tablets, and pushed through the illness, not even taking a day off from work despite his parents’ insistence. He was used to being strong for his family.

“But the cough kept coming back. The 5th or 6th time it came back, we went to a local clinic and they did some scans on Murad. We were not prepared at all to hear the result! They told us there was some kind of mass growing near my son’s heart!” — Aasia, mother 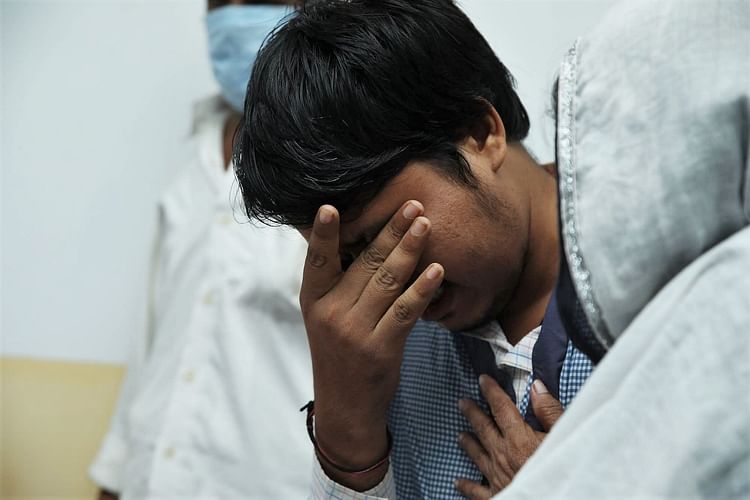 “We were already scared, thinking it was some kind of growth on his heart. But they did a bigger scan and found out that... that it was more than just some growth or tumor, it was cancer! And it was already doing damage, it had already burrowed its way into his lungs, continuing to grow and grow. Each breath my son has taken since that day has been increasingly weak, and if we can’t afford to continue his treatment immediately... then, each breath he takes now could be his last...” — Manohar, father 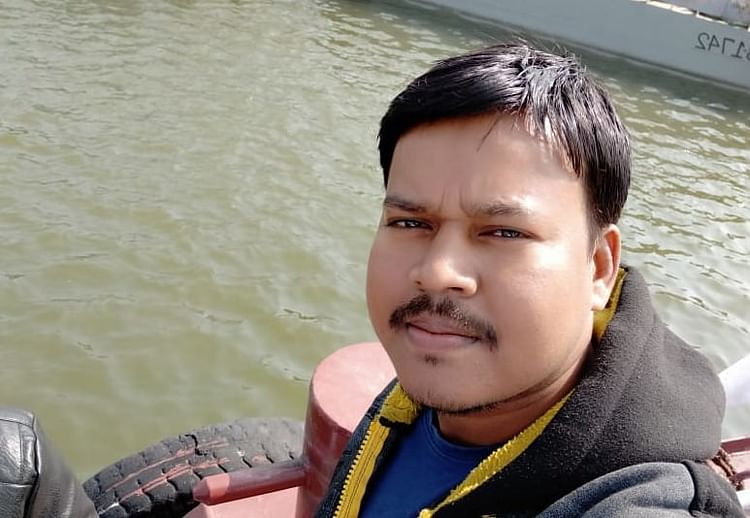 It already cost him his job, now it can take his life

Murad used to work for a small construction company in his town, bringing in daily wages to feed and support his family. Unfortunately, when his employer noticed that he was starting to cough a lot and get sick often, Murad was told not to come back to work. He was still recovering from the stunning heartlessness of his employers, trying to find work on other construction sites despite how weak he felt, when the COVID lockdowns began. With no source of income since then, Murad has been watching his family slowly shrivel up right before his very eyes.

“All three of them have lost so much weight. My mother’s hands used to be so soft, now they look so brittle... just skin and bones... all because they’d rather use up what little savings we had on my treatment, instead of food!” — Murad, straining to get the words out 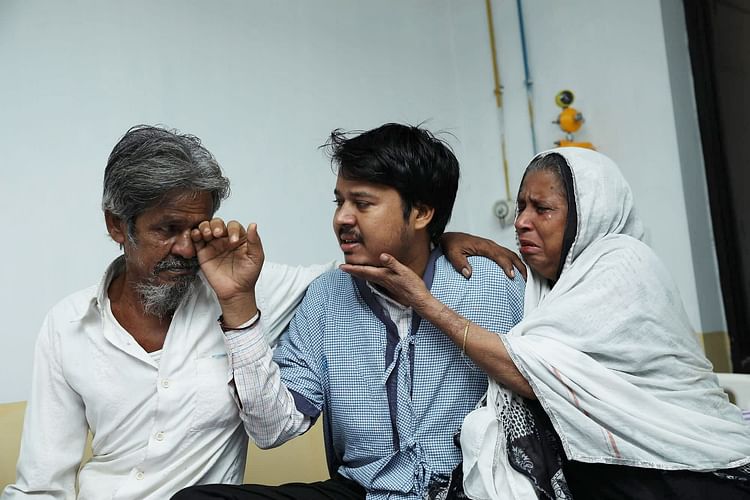 Manohar may not be able to look at his son's face, but he can still see how much pain he's in

You can save 4 lives with 1 act of kindness

Murad’s family has already spent around 4 lakhs this year on all his tests, hospital stays, and various medicines. They even started his chemotherapy. But his treatment is on hold now, and Murad’s condition is worse than ever; he can’t even talk much anymore. Before, he only needed 1 chemo session a week to recover from his cancer. Now he needs 3 sessions a week for a while, followed by an extended course over many months. Murad's brother roams the streets, trying his best to find work, but this family’s financial state now is such that they couldn’t afford to continue treatment even if it costed just Rs. 1000.
You’re their only hope now. Donate as much as you can, and you can save all 4 lives in this family.
MR
Patient Md raja Murad is 27 years old, living in Kolkata, West Bengal
NH
Being treated in Narad Hospital, Howrah, West Bengal