This Mother’s Intuition Saved Her Newborn’s Life, But He Is Still Critical | Milaap

This Mother’s Intuition Saved Her Newborn’s Life, But He Is Still Critical 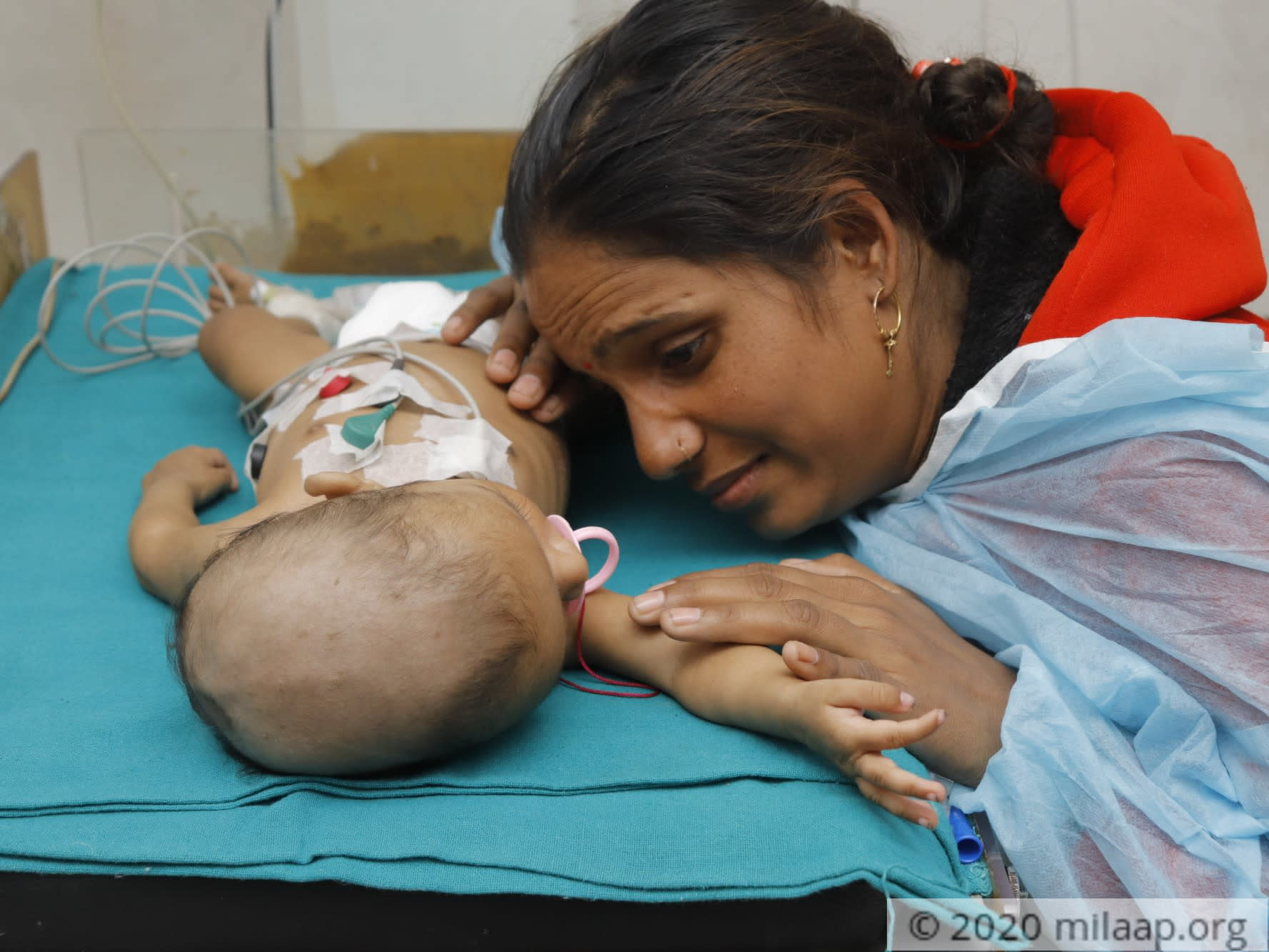 Share
I could just tell. Call it a mother’s instinct, or something else, but I could tell that Raghav was suffering. Even when doctors kept telling me nothing was wrong with him.
We had to take him to around 5 different hospitals before it was finally discovered that...
That he was born with a heart defect.

As a child, Ruby never got to go to school; her family could not afford it. She spent all her time at home learning the importance of family, of being content with what you have. She knew she wanted to be a mother one day, having discovered early on the joy it brings when she started helping raise her brothers in the absence of her parents. When she found out she was pregnant early last year, she felt as if her life was finally going to be complete.

“I gave birth to him in a government hospital. The nurse there broke his arm while delivering him. We took him to another hospital where they fixed his arm and told us to go home. A few days later, he frequently started get breathless while crying, and sometimes he’d be too weak to cry at all. That’s when I started taking him to different hospitals, but they all said he was fine. It took us a month to discover his heart condition. So much time wasted.” – Ruby, eyes filling with tears

He survived his surgery, but a simple infection is now killing him

While Ruby still feels guilty about the delay, she did manage to get him diagnosed just in time, right before his heart failed entirely. Even a day or two later and Raghav might not have been with us anymore. After the urgently scheduled surgery, Raghav should’ve been fine. In fact, his heart is quite healthy now. But unfortunately, he developed a severe infection, and now that is threatening to end his life.

This would scar my wife forever

“I’m a door-to-door salesman. I don’t make a lot of money, but it was comfortable for me and Ruby, and would’ve been decent for raising a child as well. Over the past 3 months, though, I have spent more money than I have ever earned, having used up all my savings, and even borrowing money when that wasn’t enough. Now, our son needs 5 more lakhs to recover. We can’t lose him. I may recover eventually, but my wife will be scarred forever!” – Krishna, father

This little baby survived a broken arm, a heart defect, and open-heart surgery, all in just the first three months of his life. Don't let an infection be the end of him. His parents can't afford any more care, so contribute as much as you can, by clicking here.
R
Patient Raghav is 3 months old, living in Faridabad, Haryana
SH
Being treated by Dr Pawan Sharma in Swastik Hospital, Faridabad, Haryana