This Farmer Will Not Survive If He Cannot Afford A Kidney Transplant Within The Next Week | Milaap
loans added to your basket
Total : 0
Pay Now

Shares
Shares
Share on whatsapp
Until a year ago, Pazhani Shanmugam’s troubles were limited to monsoons, harvest, poverty and as a result not having enough to feed a family of eleven. Another problem joined this list, and it was bigger than he could have even imagined. 37-year-old Pazhani has chronic renal failure, which turned into permanent kidney failure. He immediately needs a kidney transplant to have any chance at survival.

He received the most devastating diagnosis

“I had kidney stones. They said usually when there’s a stone in the kidney, it takes longer for the symptoms to show up. I had pain in my stomach, so I went to the doctor. He checked, scanned and then saw it was kidney stones. I had a surgery, and after that, they said my kidney was not working properly. I got to know I had kidney failure.”
Pazhani was diagnosed with Chronic Kidney Disease also known as Chronic Renal Failure. Over the past few years, he was slowly losing kidney function without even knowing it until they completely failed. He had a surgery to remove one of the failed kidneys, and needs a transplant to replace the other with a live healthy kidney. Now, he has to visit the hospital three times a week for Haemodialysis until he can get a new kidney.

He could not be in a tougher situation

“I’m a farmer in a village called Savathurpettai. It is in Thiruthani, Tamil Nadu. I live with my parents, wife, three children (two girls and a boy), widowed sister and her three children. My family has always been into agriculture. My children go to government school. Like everyone here, my father and I get just about 3000 or 4000 rupees a month. We will not get even this if there are scarce rains, or if the crops are ruined because of infestation. If all goes well, then we have something to eat."
Pazhani’s pillar of support is his father who has always taken care of his big family regardless of the circumstances. Ever since his condition became critical, his mother has been by his side every day in Chennai, while his father has taken care of the family back in the village. They have mortgaged all their property, and even sold some to pay off medical bills that have amounted to over Rs. 10 lakhs during the past year. The dialysis costs come up to Rs. 30,000 a month, for which they have exhausted all savings and are deep in debt.
As the doctors suggested living donor kidney transplant, his family has come forward to save his life.
With a monthly income of Rs. 4000 and no paise to spare from their savings, this family is at loss to fund the transplant that can save Pazhani’s life. He does not have enough to continue with the dialysis either.

How can I help?

The estimated cost of this surgery is Rs. 8 lakhs, and the hospital has been generous to give a discount of Rs. 2 lakhs considering the family’s economic condition. Now, Pazhani needs Rs. 6,00,000 to get a new kidney. With just one breadwinner for such a huge family, they are not able to opt for the surgery that can save his life unless they get help with funding. The transplant has to be done within a week to increase his chance to survive.
Your support will save Pazhani and help a family from losing a father, husband and son.
Contribute now

Click here to contribute or know more details about this campaign.
Donate 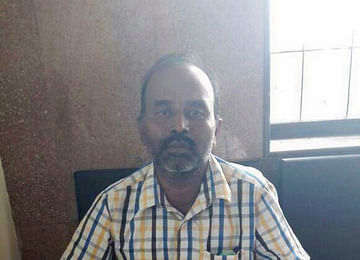 Help Pazhani Get A Kidney Transplant

Together, this family earns Rs. 4000, and they need lakhs for a surgery that can save Pazhani's...