She Woke Up To The News Of One Of Her Twins’ Death, Now She Fights To Save The Other | Milaap
loans added to your basket
Total : 0
Pay Now

She Woke Up To The News Of One Of Her Twins’ Death, Now She Fights To Save The Other 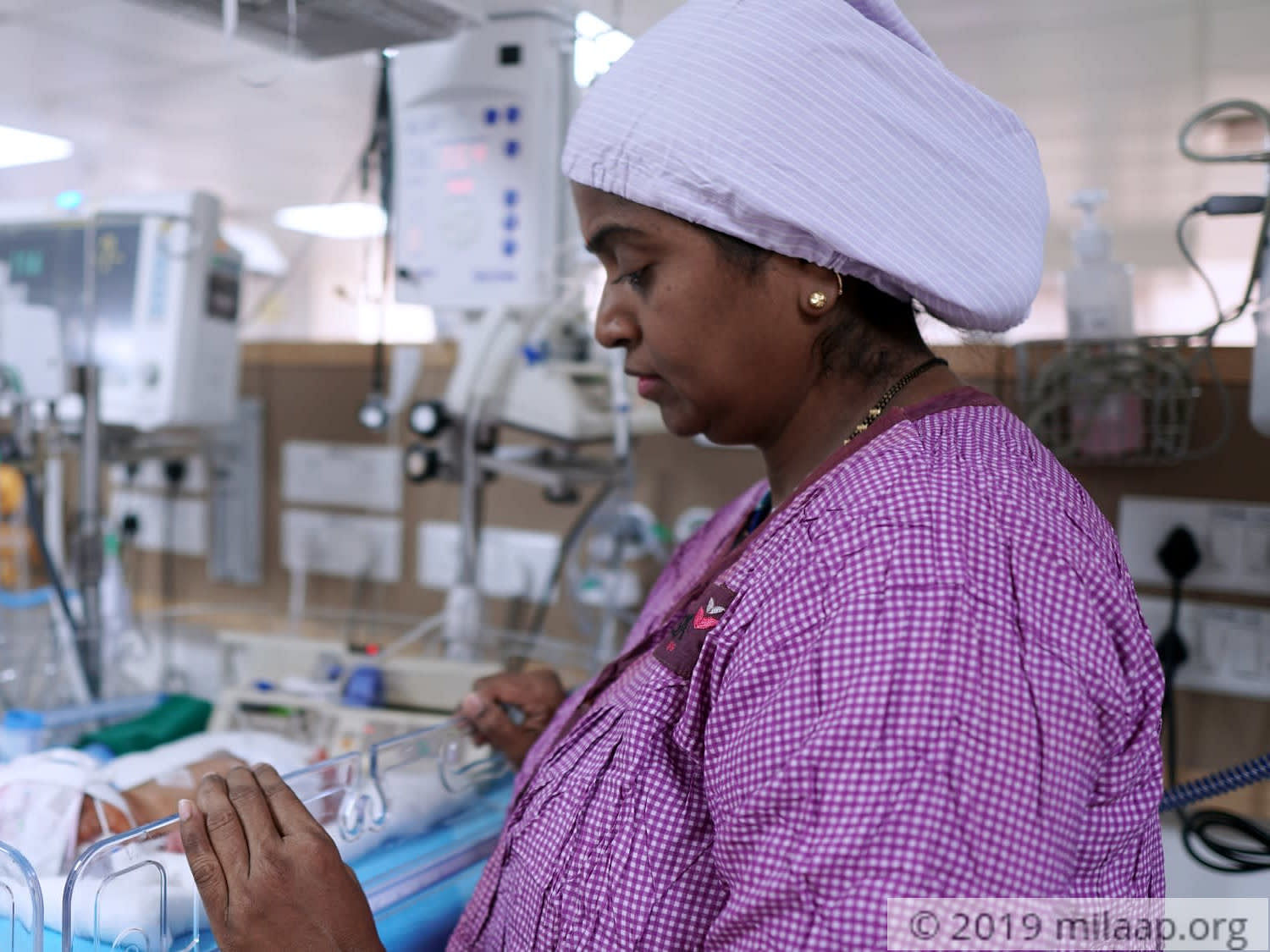 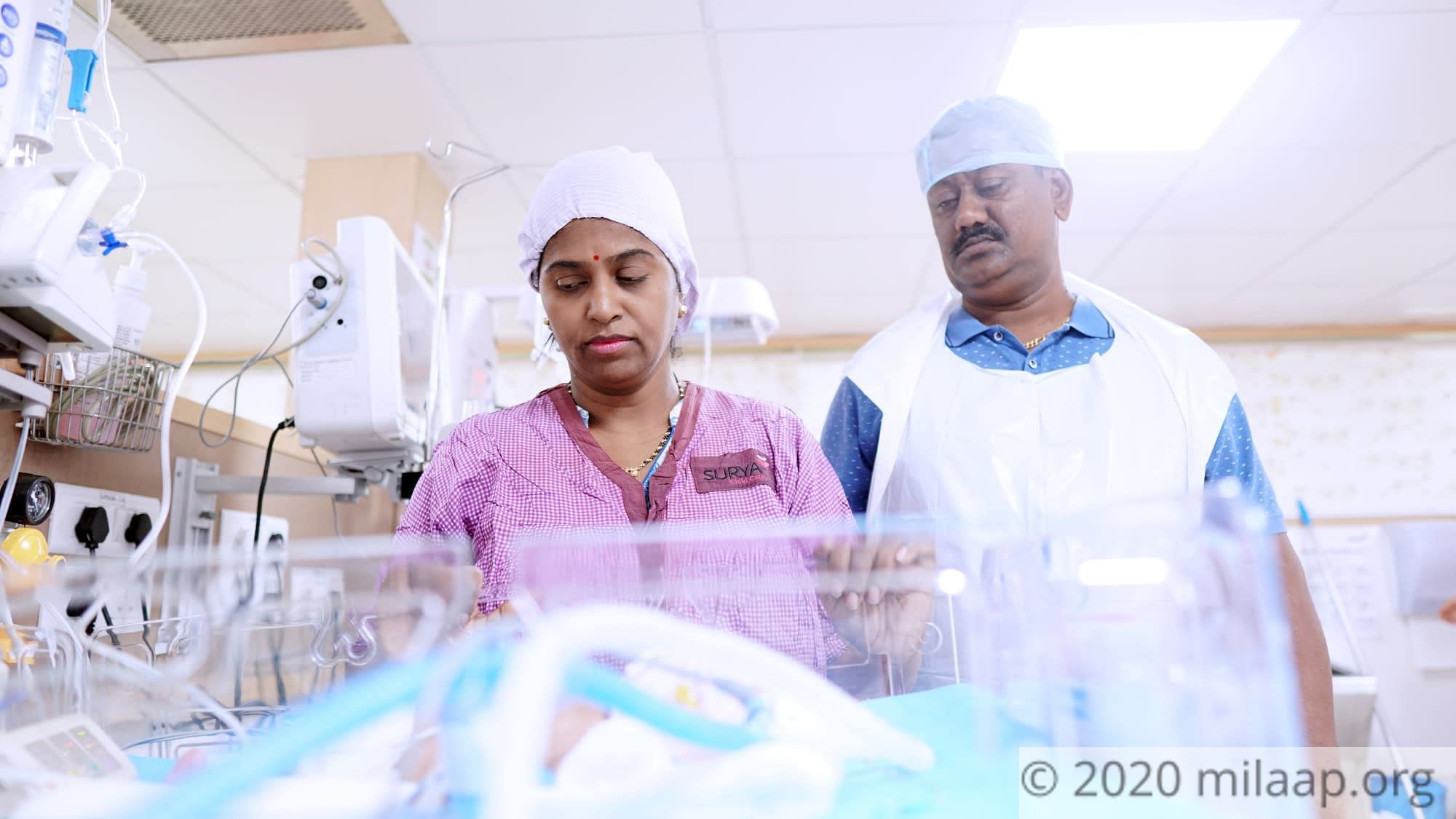 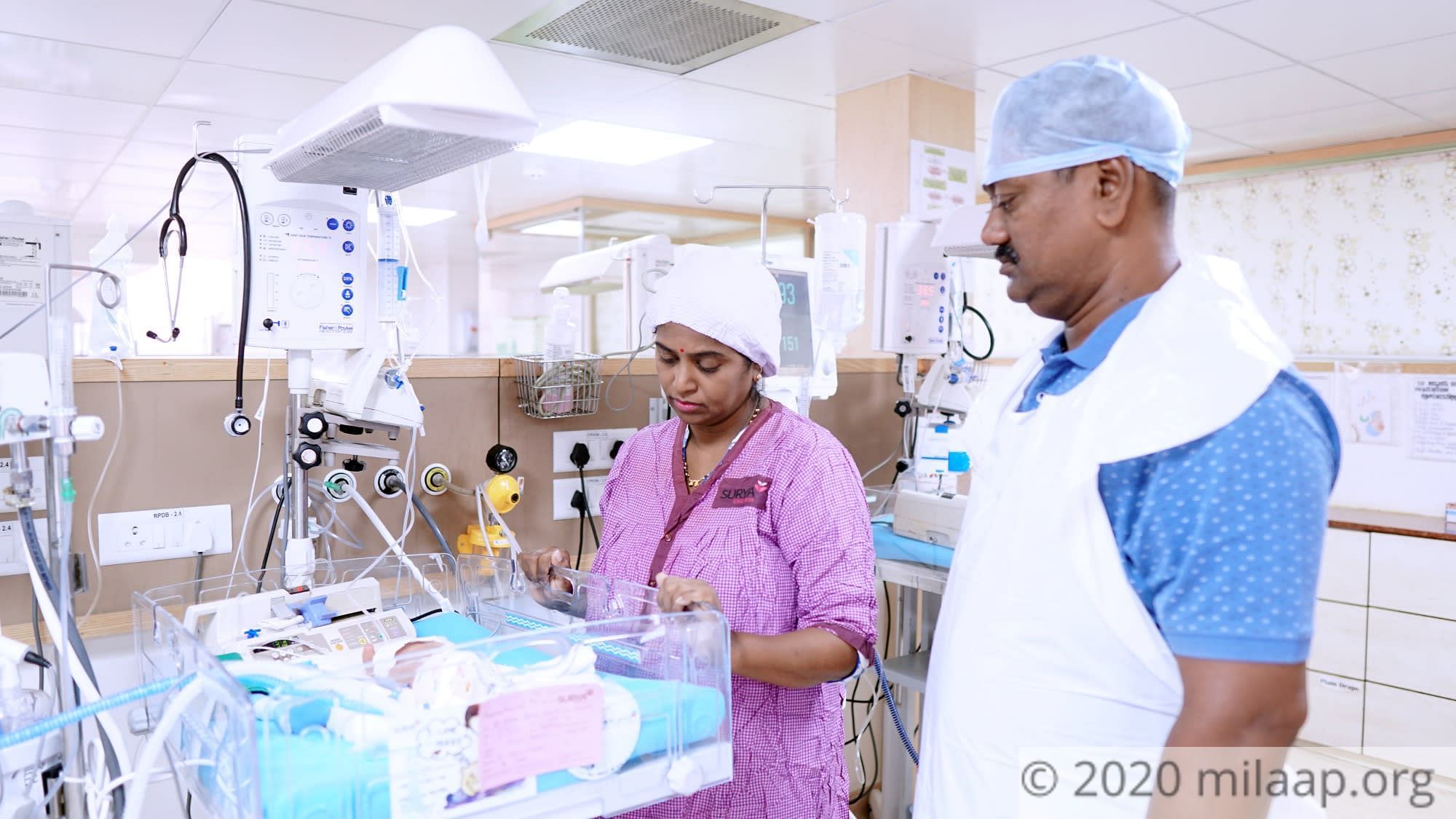 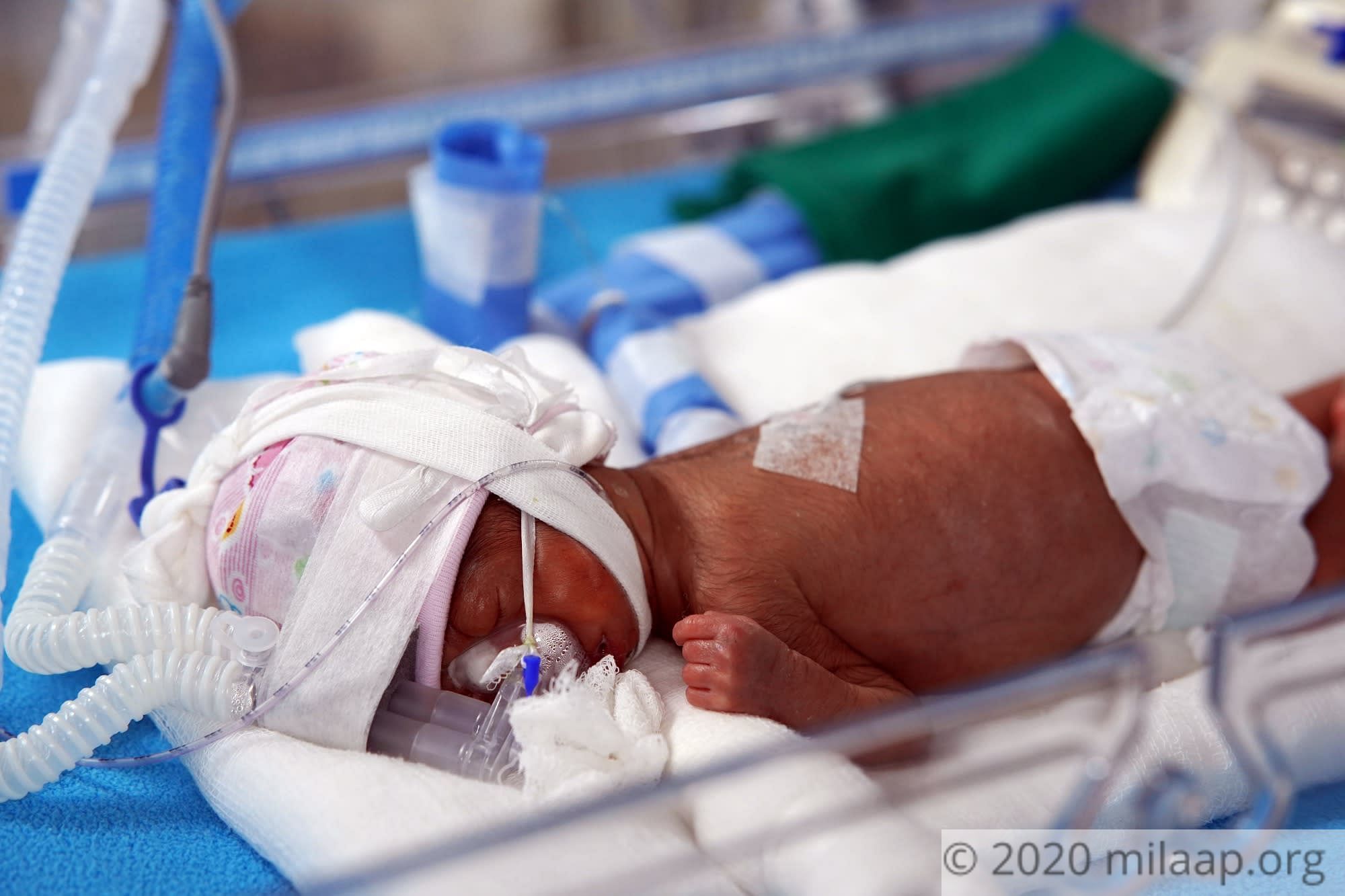 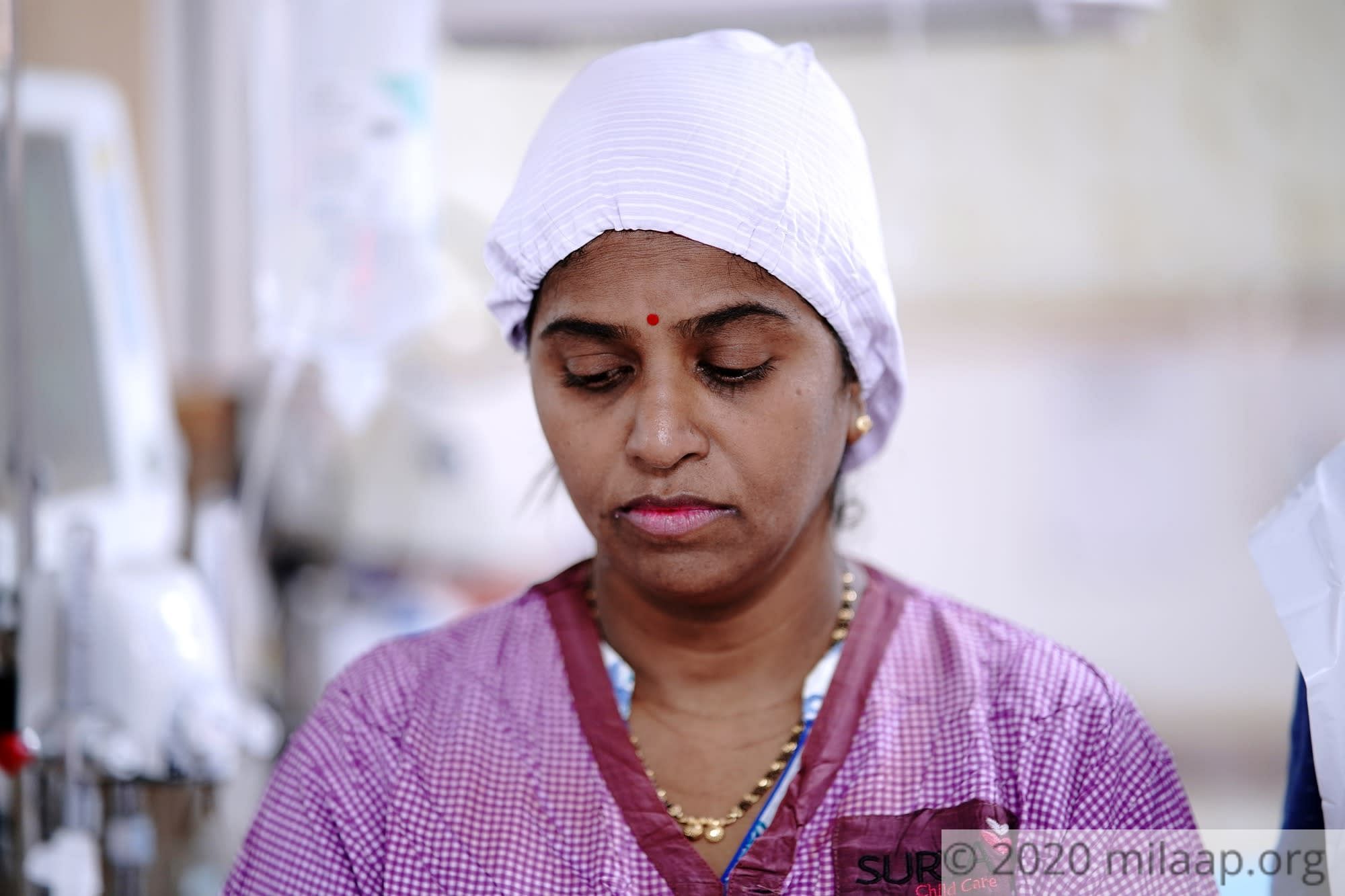 “We had always longed for a baby, we’ve spent so much on fertility treatment and now when we are blessed with one….she is struggling to live. We had already thought of the names, started shopping and saving up to give them a happy childhood. We had a lot in mind but…” – Nilima, mother.

When they were told that they were having twins, Nilima and Parab's happiness knew no bounds. The joy of entering parenthood just doubled.

However, they were not expecting what the future held for them

During a regular check-up, the doctors informed them that one of the babies was not growing inside the womb. This was posing a great risk to the other baby and also to Nilima.

“Doctor admitted my wife immediately and insisted to go for a premature delivery. It scared us but we had no choice. We agreed and hoped for the best.” – Parab, father.

Nilima gave birth to two beautiful girls - both of them severely underweight. Their lungs are underdeveloped, they can’t breathe on their own. They’re also suffering from a severe infection. The infants were shifted to the Newborn Intensive Care Unit (NICU) for further treatment.

“Soon after delivery, my wife’s condition got serious. She was admitted to ICU for six days while our babies struggled for their life. I had never felt so helpless.” – Parab, father.

Nilima's condition worsened before she could hold her babies or even see them for the first time. By the time she woke up....it was too late.

“I was unconscious for two days after the delivery. All I remember before losing consciousness was the delivery procedure. I could not even see my babies.” – Nilima, mother.

When Nilima regained consciousness, she heard another dreadful news. One of their babies had passed away and the other was battling death in NICU. But they needed to stay strong in these testing times.

We were broken but knew we had to fight for our baby...

"We looked at our living baby and resolved to do everything to save her.” – Parab, father.

The other baby has been under medical supervision and her condition is improving. She is gaining weight and her body is growing. However, she requires further treatment for eight weeks to achieve the growth of a healthy normal newborn. But the parents can’t afford the treatment.

“I’m a cable technician by profession. All my earnings are spent for our daily needs. But I’ve tried my best to arrange for funds from friends, family and everyone I could. All my savings have been spent but the treatment requires more money. I don’t know how will I arrange funds but I need to save my daughter…..anyhow.”

Parab has spent every rupee he had and now struggles to arrange money for his daughter’s treatment. Your contribution can save the life of their newborn. 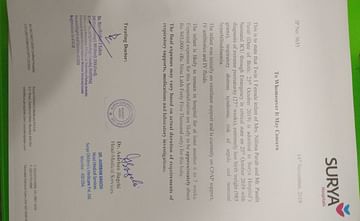 Click here to know more about Nilima Parab Pandit
Donate now
OR
Click here to read the instructions before you make a bank transfer.