Despite His Stage-4 Cancer, This Boy Smiles For His Mother's Sake | Milaap
loans added to your basket
Total : 0
Pay Now

Despite His Stage-4 Cancer, This Boy Smiles For His Mother's Sake 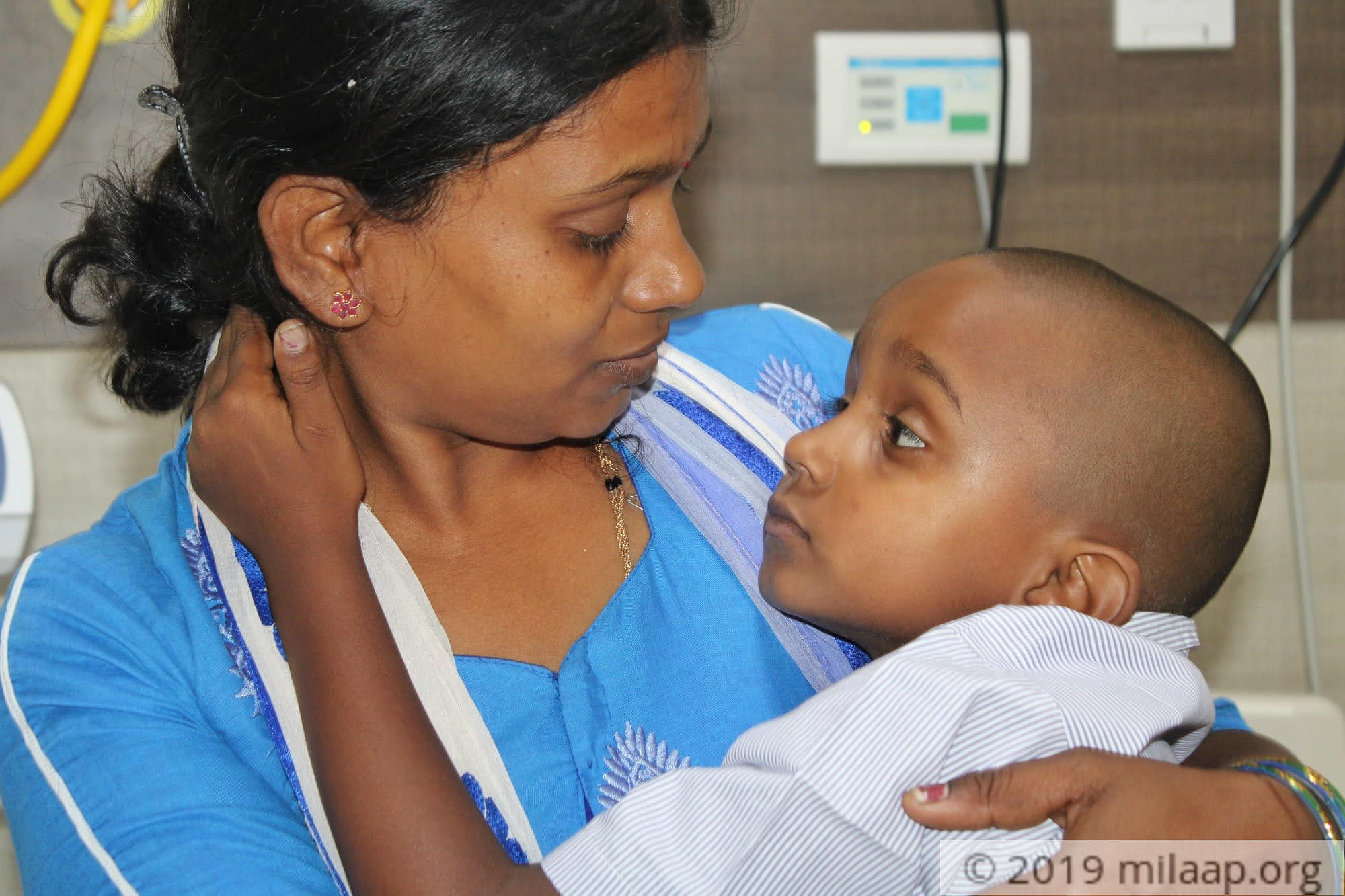 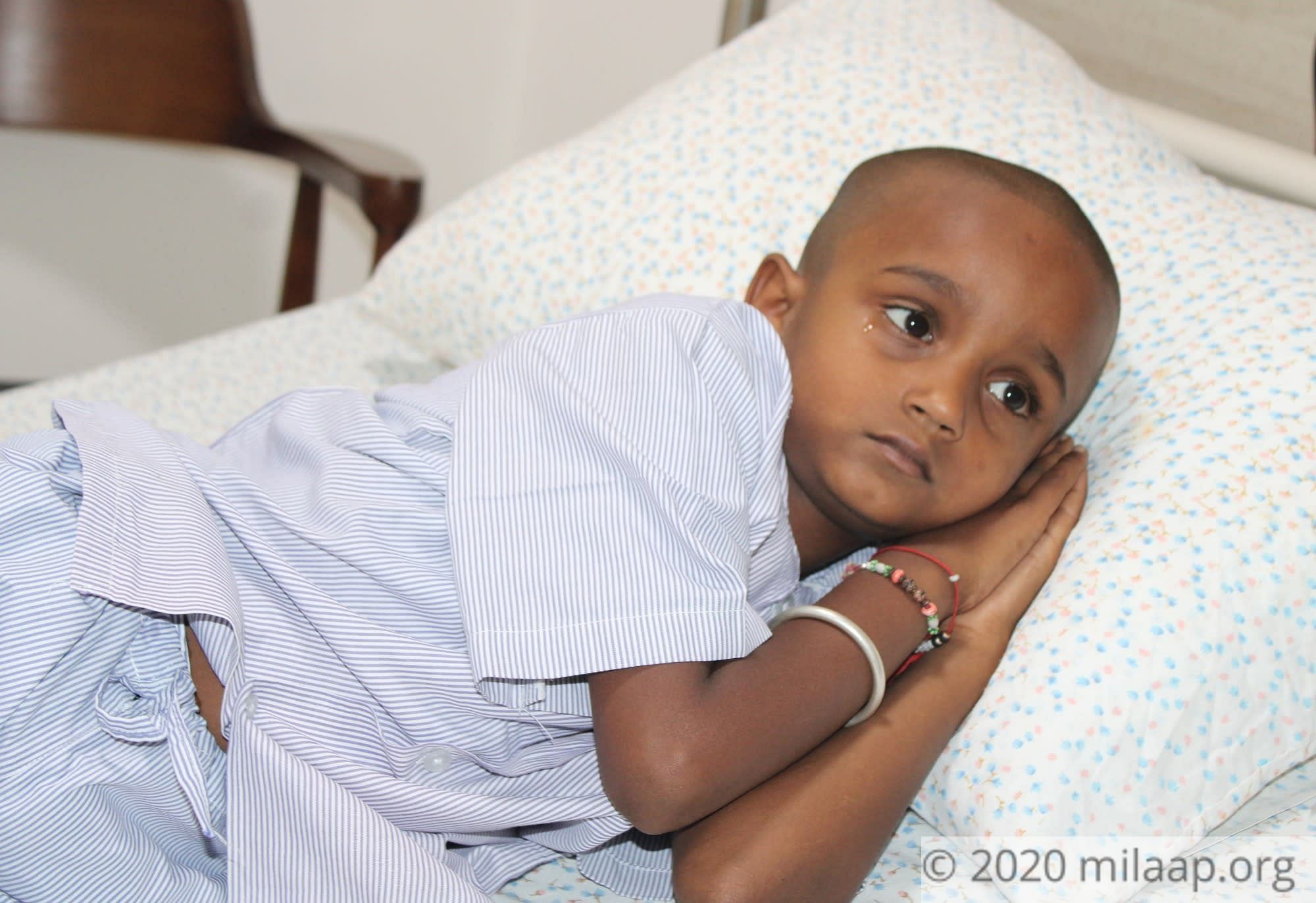 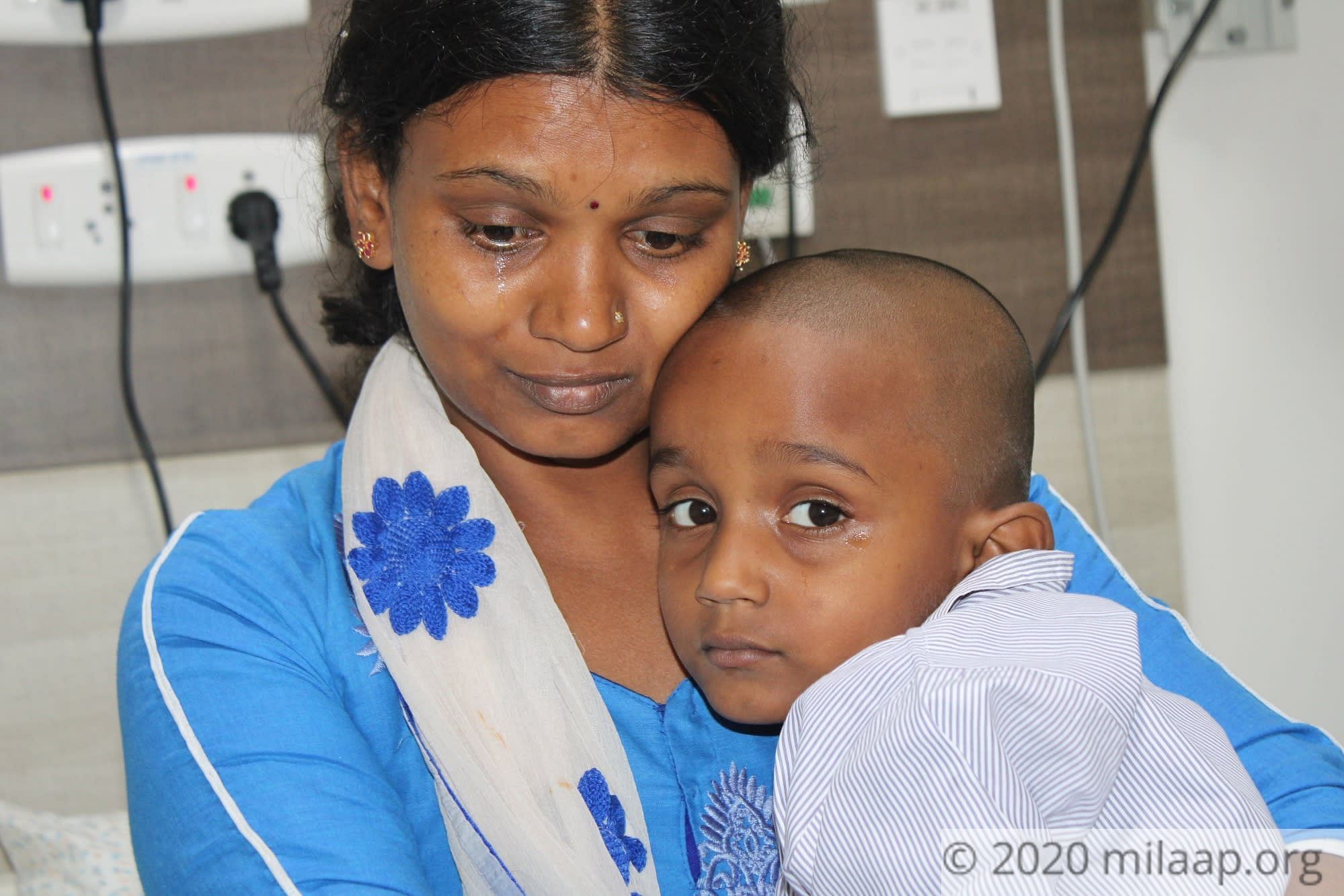 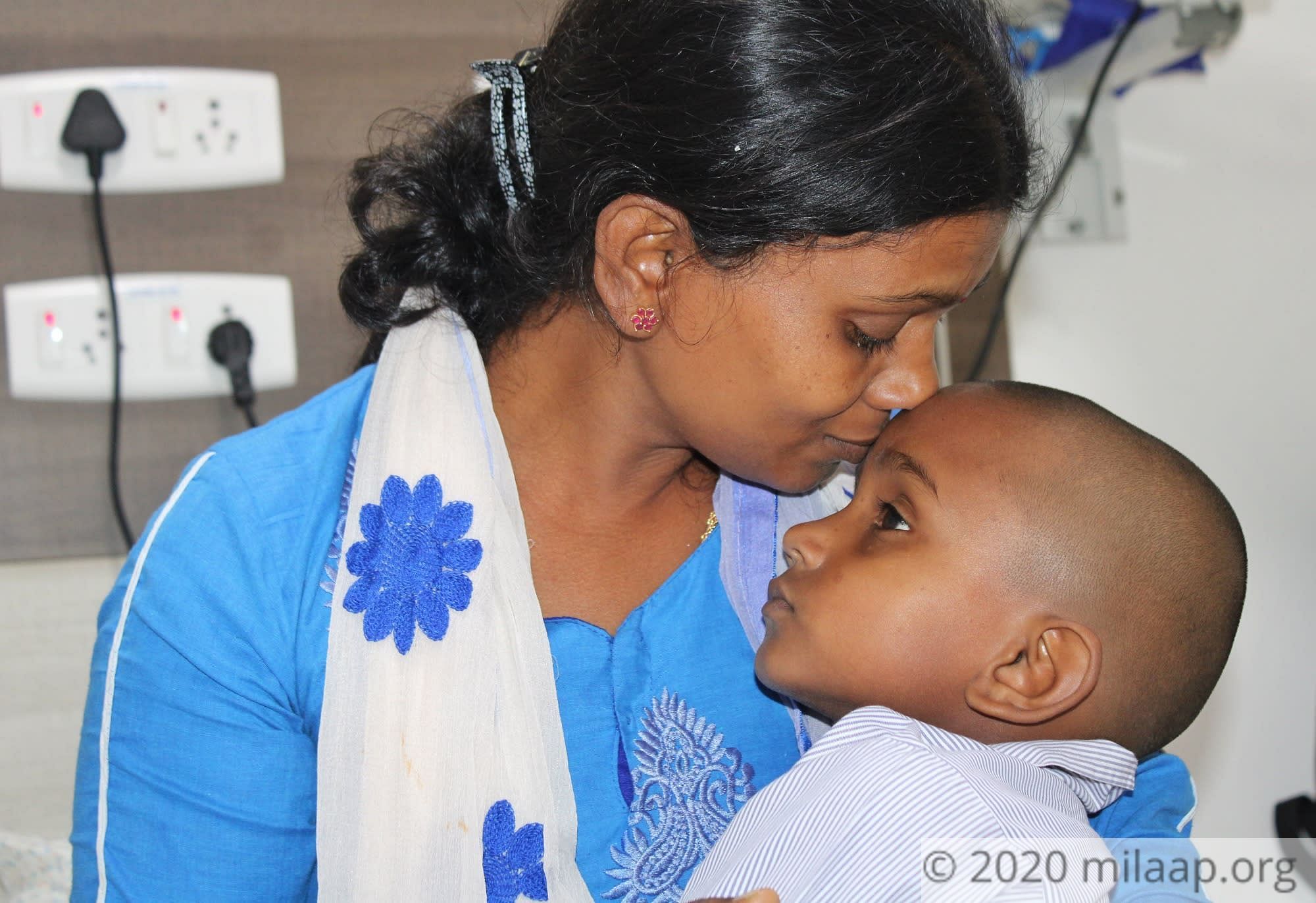 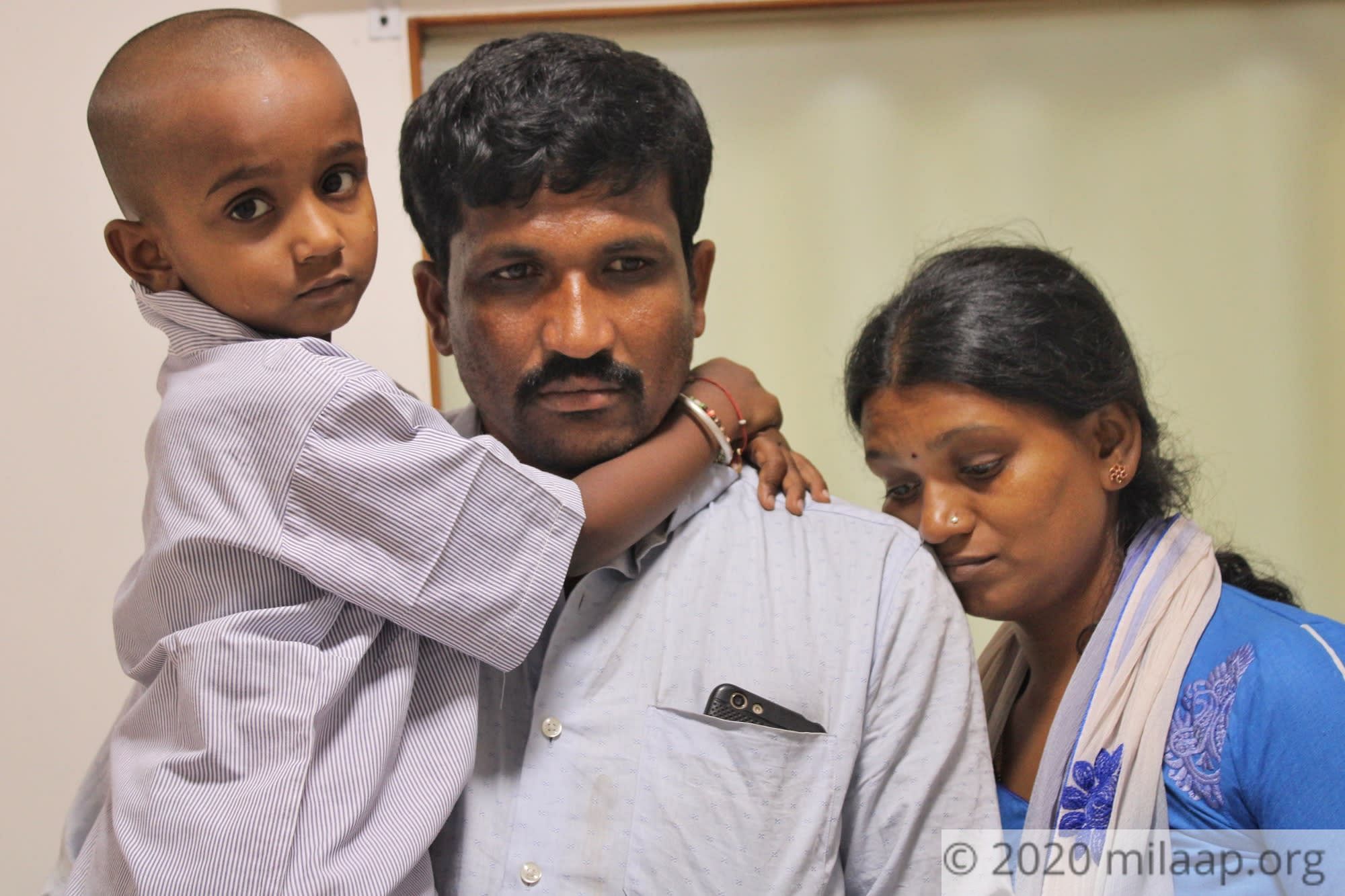 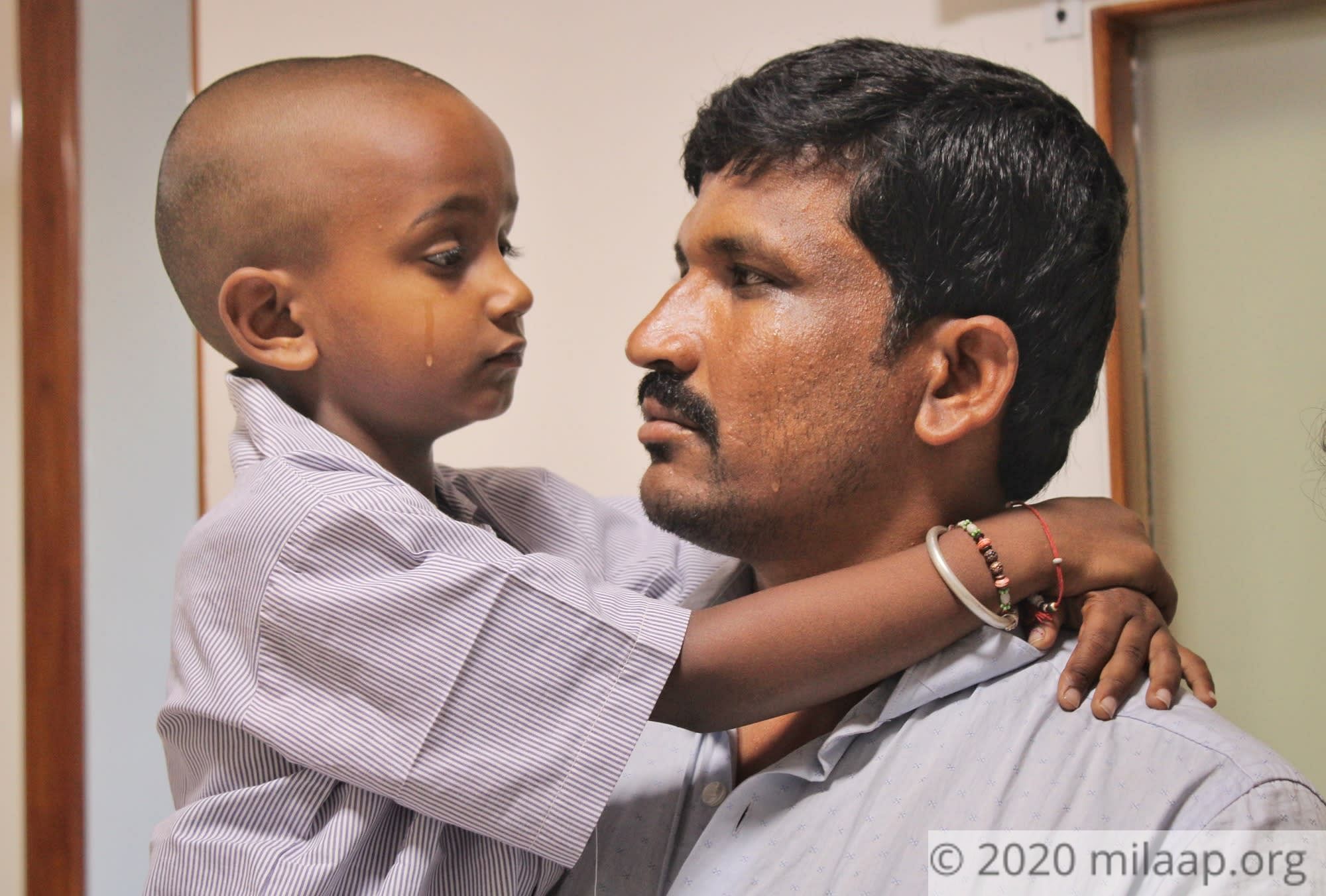 Share on facebook
Six-year-old Mohan has decided to put away his fears so his mother doesn’t feel bad. He promises her he will get better and doesn’t let any one at home hurt her feelings. No matter how many times he vomits, he makes sure he eats well and takes all his medicines without complaining. It is only with his aunt that he opens up about how he really feels.

“He doesn’t even make a face in front of me, but to my older sister, he was explaining that he had cancer on the phone. He told her he may not get better and that he might die. But that he’ll take all the scans and try to get better. It breaks my heart to see him try so hard. Why should small children get such a disease?” – Shalini, Mohan’s mother

Mohan’s parents are daily-wage workers in a small village in Hassan. When Mohan fell very sick with fever, doctors in Hassan advised them to go to Bangalore. But due to the conservative outlook of the elders in the family, they were very late in getting proper medical help.

“By the time we reached a big hospital, they told us the cancer had spread to the kidney and his bones. The doctors refused to treat him no matter how much I begged. So we came to Fortis. The doctor said that it was possible to save him using his stem cells. This is our best hope – no matter what we want to save our child.” – Shalini

Mohan’s parents are struggling to save him

Mohan has cancer of the nerve cells and his parents spend over Rs 20,000 every week on his medicines alone. When he is admitted in the hospital – they need to spend thrice that amount. They have spent all their savings, and sold off all the gold that they had. It is getting harder and harder for them to arrange for funds for treatment.

“Our daughters no longer go to a good school – but have transferred to the government school in the village. We try to arrange for his injections, but I don’t know how much longer we can keep it up. The doctor has asked us to feed him fruits to soothe his stomach, but we are finding even that difficult.” – Shalini

Mohan is doing everything he can do to get better

No one who sees Mohan would imagine that he is this sick with cancer. He eats well and he always wants to play. Even though his back and feet hurt so much that he has to be carried, he doesn’t like to sleep. His parents have been working through their shock and grief to do everything in their power to save his life. Please support them in saving their wonderful, loving son.

Contribute to save Mohan’s life. 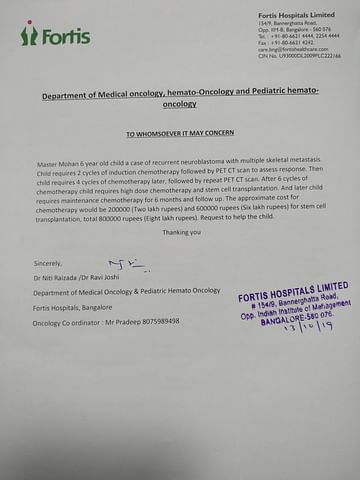 52 others have contributed
Click here to know more about Mohan

Donated to this campaign via Paytm? Click here if you can’t find your donation listed below.
SS
Shirish donated Rs.5,000