Faith In God Has Kept 7-Year-Old Boy With Cancer Positive But He Needs An Urgent Transplant To Be Cured | Milaap
loans added to your basket
Total : 0
Pay Now

“He just found out that cancer can kill him. One of the older children in the ward told him, and ever since then, he has been praying every morning asking God to cure him of the disease. He believes his prayers will be answered but he doesn't know that only a transplant can save him now,” – Prema, mother

Over the past 3 years, Sandeep has seen so much death around him in the cancer ward, that the only thing that keeps him positive is his faith in God. Ever since he was a baby, his parents have been taking him to the Shiva temple every week in their hometown Bagalkot. When he was 3, Sandeep prayed for a new toy car. Today, he’s 7 and knows he has cancer - his only prayer is that the disease doesn’t kill him.

Sandeep has been fighting blood cancer ever since he was 4-years-old. His parents, Prema and Neelappa took him to nearly 3 hospitals before bringing him to Bangalore from Bagalkot for his treatment. It was an eight-month long course of chemotherapy, all through which Prema stayed in the hospital with Sandeep.


“He needed 2 more years of check-ups and injections after that. He never got to start school because he was always in and out of the hospital. When he sees children walking to the bus stop in their uniforms, he also asks for one. We would tell him that after he is better, we will send him to school. We even got him admission. We thought the worst was over.”

His chance of a normal childhood has been stolen by cancer, again

Sandeep was declared cancer-free at the beginning of last year. Prema and Neelappa found new hope. Unfortunately, in June, tests revealed that his cancer had relapsed.

“We had to take him back to Bangalore. He cried a lot the day we left home again, he knew that he wasn’t going to back home soon.”

Sandeep has been undergoing chemotherapy for 5 months now, but it’s not enough to save him. He needs an urgent bone marrow transplant to fight cancer for good.

A daily wager, his father has spent lakhs on his treatment over the past 4 years

Neelappa works on others’ farms for Rs. 200-300 per day. His family of four sustained on this income. Sandeep’s cancer not only devastated them emotionally but has also left them with no money to continue his treatment this time. Sandeep’s bone marrow transplant will cost them 40 lakhs, but they hardly have a few hundred rupees left with them.

“My husband tries to come to Bangalore every weekend, but he also has to work extra hours now. There’s not much work available where we live, we have never seen more than Rs. 10,000 as savings in all these years. 40 lakhs is unimaginable for us.”

Sandeep is now so weak that he can’t even stand without his legs trembling. His mother has to carry him everywhere. He has had 3 cycles of chemotherapy and needs one more before the bone marrow transplant. It’s his only chance to fight this deadly disease.

The specifics of this case have been verified by the medical team at the concerned hospital. For any clarification on the treatment or associated costs, contact the campaign organizer or the medical team.
Click here to save Sandeep
Donate 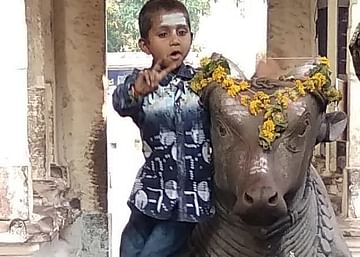 Sandeep needs an urgent bone marrow transplant to survive cancer. You can help save him.

UPI: givetopremafunds1@yesbankltd (Copy to clipboard)
Or
Click here to read the instructions before you make a bank transfer.