His Liver Condition Stopped Him From Having A Childhood, Now It's Killing Him | Milaap

His Liver Condition Stopped Him From Having A Childhood, Now It's Killing Him 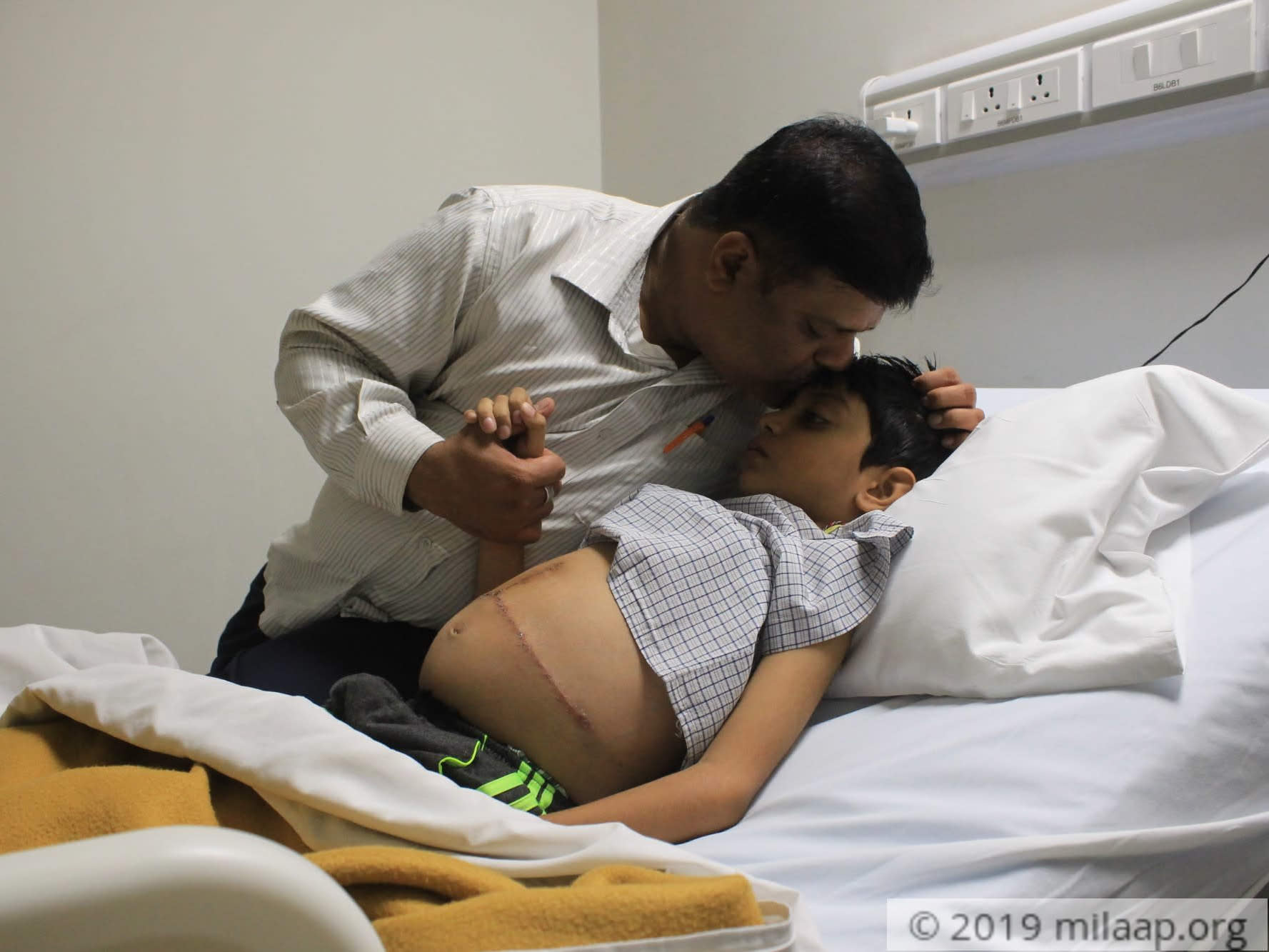 “His stomach is bloated like a balloon. He keeps asking why he’s so different from us. All he’s seen in life is pain. I’m afraid I’ll lose him before he even has a chance to see the good things in life.” – Rekha, mother.

Ever since he was 4 years old, Kushal has led a life full of restrictions. He loves food, but he has never eaten to his heart’s content, for his stomach can’t take it. After just two spoons, he has to quickly rush to empty his bowel; otherwise, he vomits the food instantly. His nose even if gently touched, bleeds. When he brushes his teeth, his gums bleed.

He knows he’s different from the other kids

Although he goes to school like the other kids, he knows he’s different from them. With skinny limbs and a swollen stomach, he’s been fighting a sickness that now threatens to take his life.

“He fell sick and there was blood in his motion. Doctors said his spleen was growing bigger and bigger, because the veins in his liver were blocked. After his diagnosis, we began living our nightmares. His stomach got bigger and his shirts didn’t fit him. He couldn’t walk for long and got weaker despite the numerous medicines,” – Anil Kumar, father.

“He would not have the energy to play. But refusing to give up, he would try and try. He wanted to be like the other kids. He always pushed himself to do the best he could. But he'd never succeed"

After years of medication for his spleen, it was revealed that the problem was with his liver instead - It was failing

His spleen had to be removed; but because he was only 4, the surgery was pushed and he was put on medication. After 4 years of medication and everyday struggles, one day, he fell sick. His surgery couldn’t be pushed anymore. The surgery began, and the doctors were stunned when they saw what no scans and tests had revealed – a failing liver.

“When they operated him, they saw that 80% of his liver had failed. They said we could lose him. When we heard that, we froze and the tears wouldn’t stop. I was so shocked; I got my period right there. We had done all we could to make him alright, only to hear that he was fighting something bigger?” – Rekha, mother.

Diagnosed with a chronic liver disease, his liver has suffered irrevocable damage. Doctors have advised against the removal of spleen. Without an immediate liver transplant now, little Kushal has no chances of surviving. It will cost them 18 lakh rupees, but they have no means to afford it.

These parents are desperate, they fear that they will lose their only child

“I am a teacher and earn a decent salary, enough for mere survival. But ever since the diagnosis, every penny I earned has gone into his medication. We have spent lakhs till now, and we don’t have it in us to gather any more funds. We have no means! But this one transplant can put an end to our only son’s sufferings. Will you help us?” – Anil Kumar.

Little Kushal doesn't know what it feels like to live a life without pain and tablets. With your generous contribution, the family can save him and give him the life he deserves.
K
Patient Kushal is 9 years old, living in Bengaluru (Bangalore) Rural, Karnataka
AC
Being treated by Dr.Rajeev Lochan in Aster CMI Hospital, Bengaluru (Bangalore) Rural, Karnataka