3-Year-Old Who Thinks He Has Worms In His Stomach Doesn’t Know That Cancer Is Killing Him | Milaap
loans added to your basket
Total : 0
Pay Now 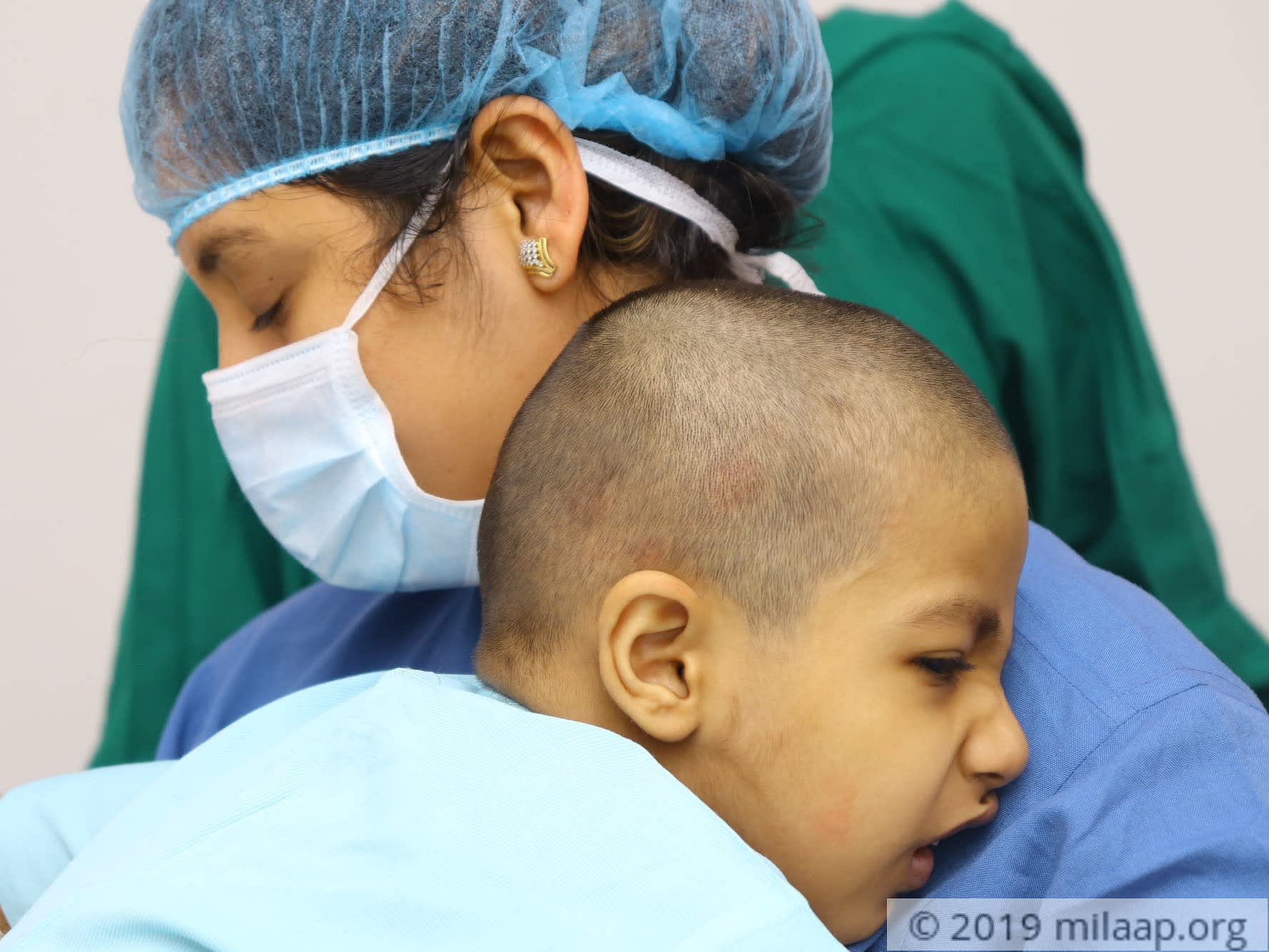 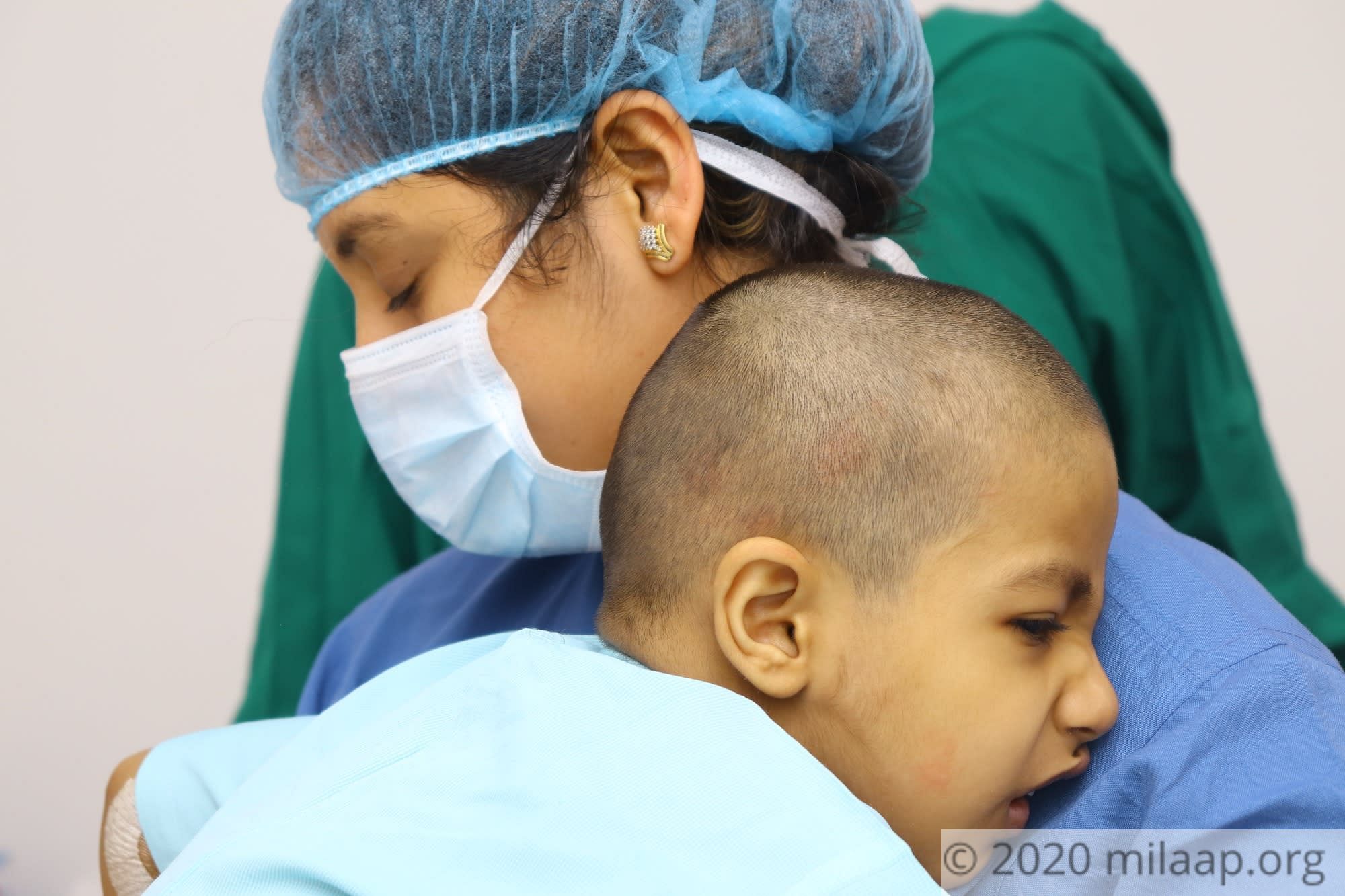 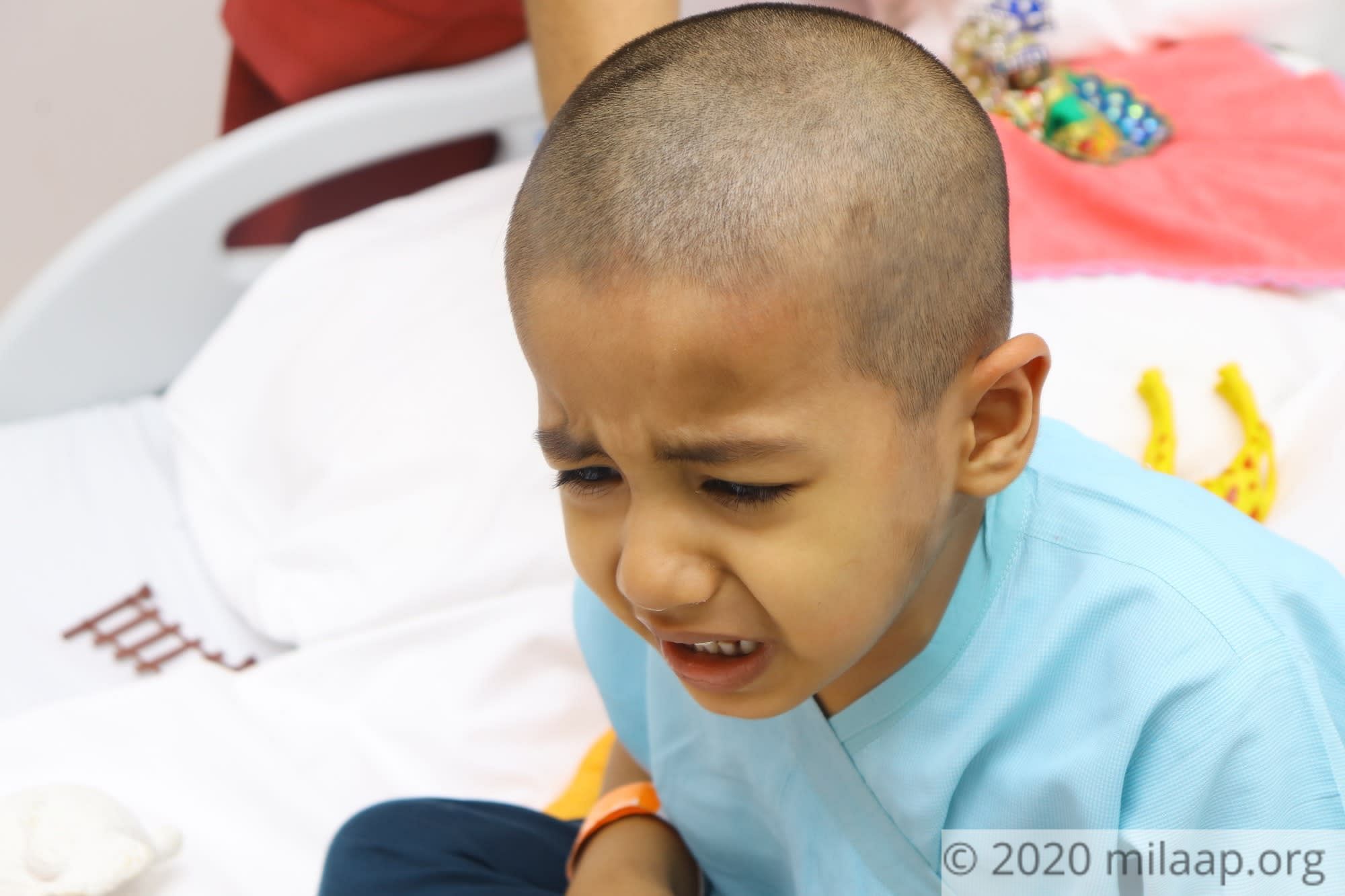 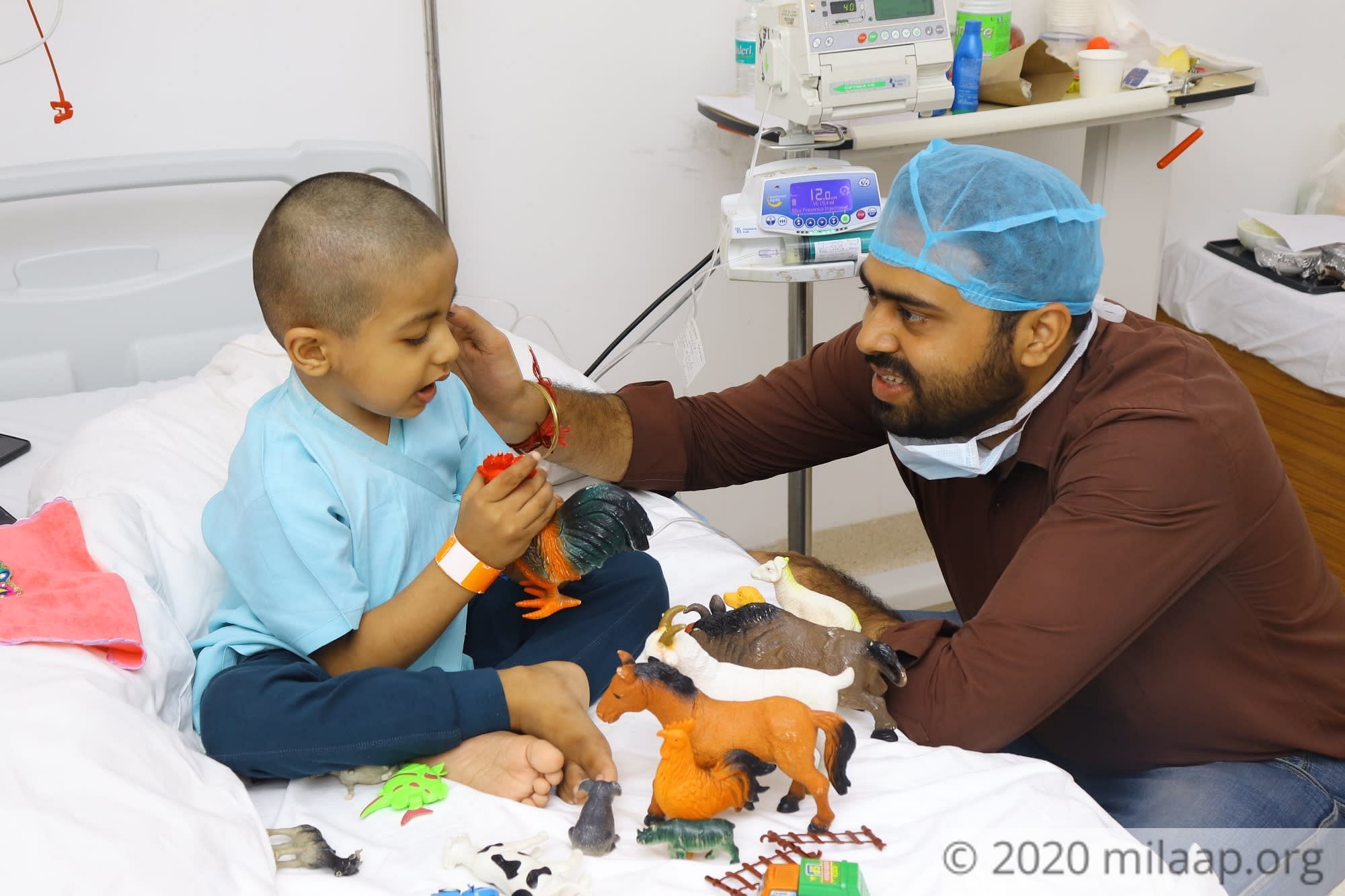 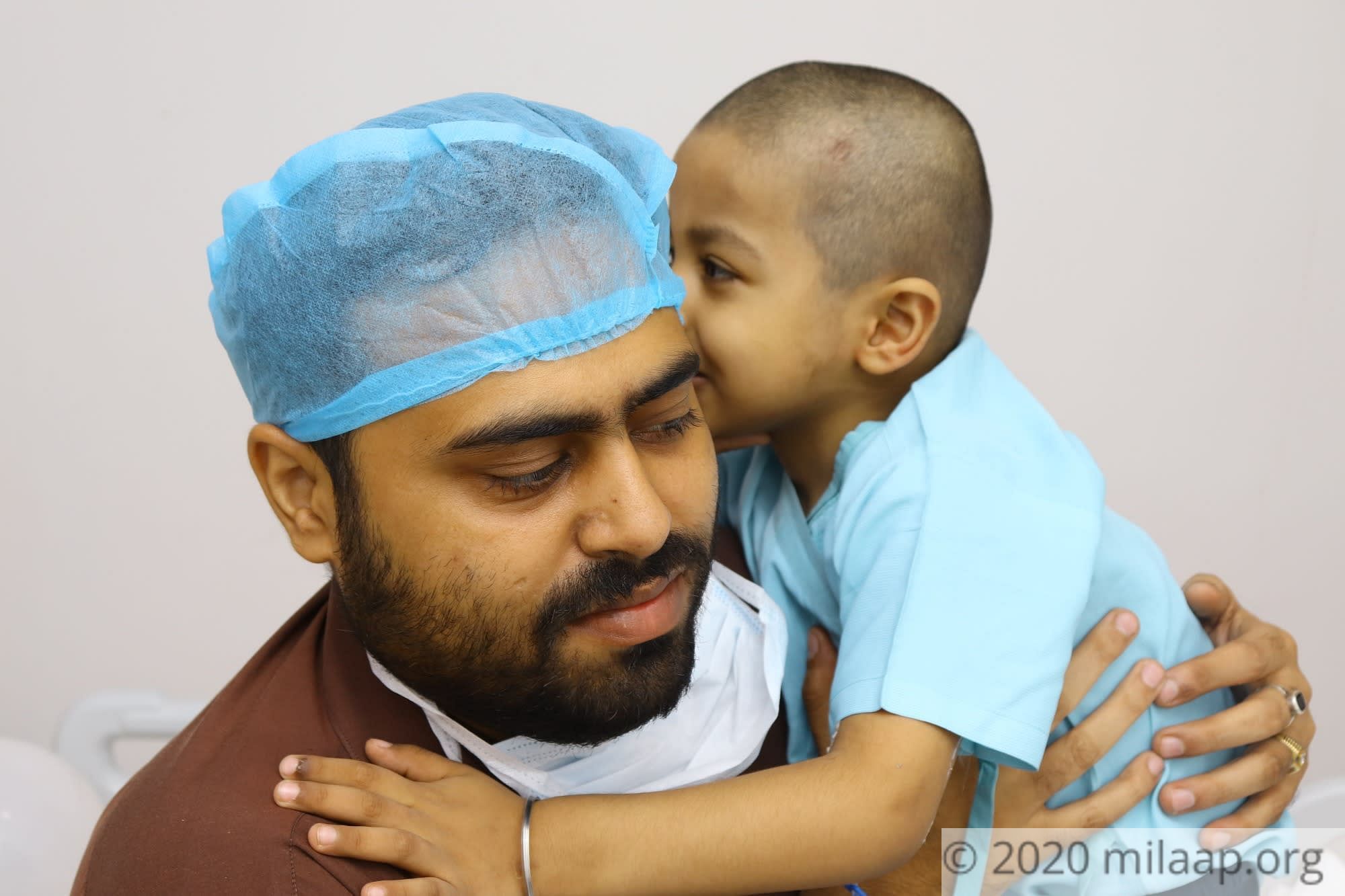 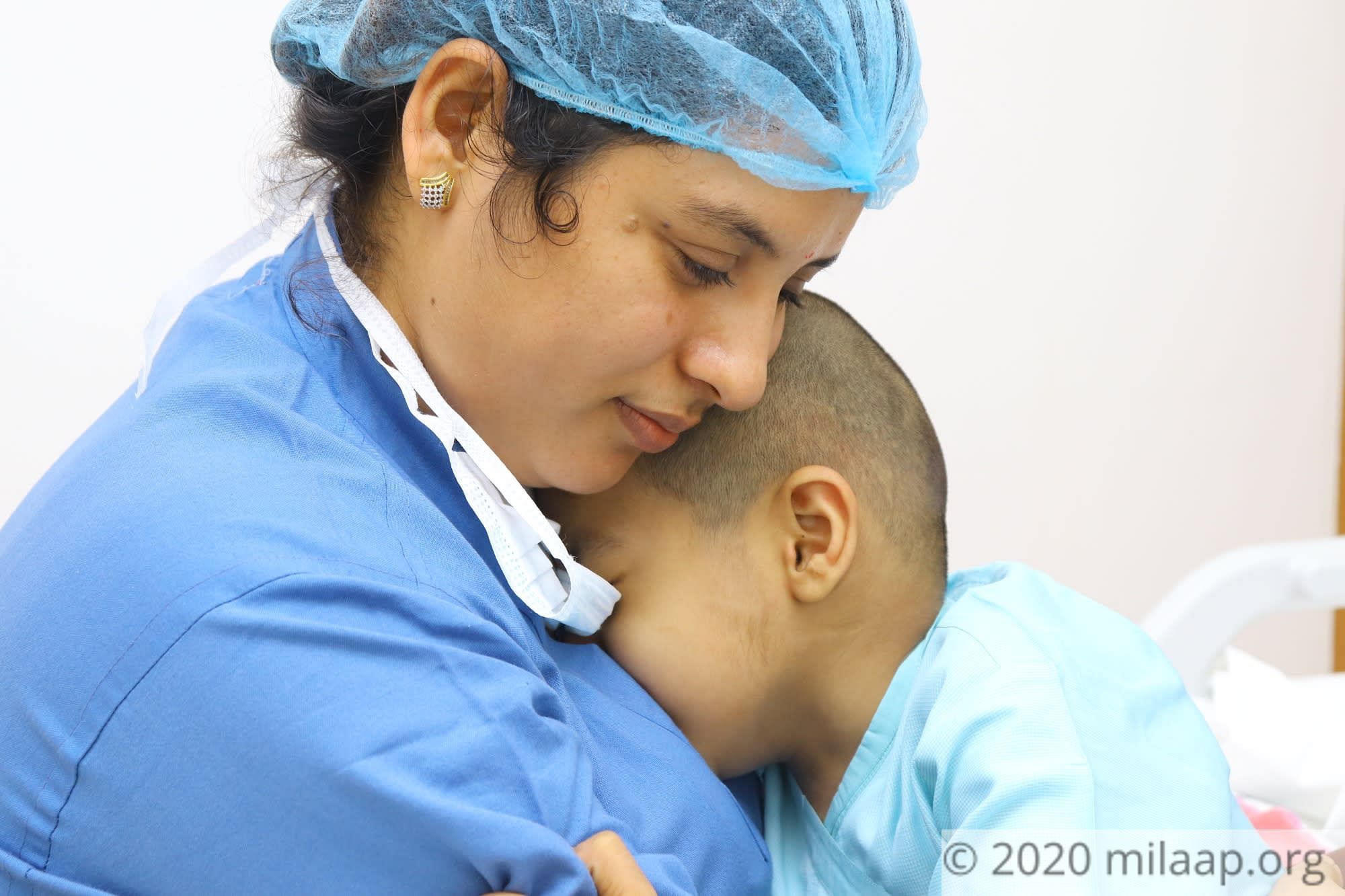 Share on facebook
Harish remembers the exact day when his 3-year-old son was diagnosed with blood cancer.

“It was a Monday when we were handed over the final reports of the tests. It was confirmed that he has cancer. Our whole world came crashing down in front of our eyes. Cancer...Kanishk has cancer…” - Harish, father.

We thought the lab results were wrong...

Kanishk had high fever for 2 days - Harish and his wife, Reshma were worried. They decided to get tests done but the results were shocking. His platelet count was abnormally low.

“But we thought that maybe the lab had mixed up the results. Maybe Kanishk would be fine soon. So we took him to a nearby hospital. There they treated him for dengue. But his condition was getting worse with every passing day.”

Finally, tests confirmed that their son has Acute Myeloid Leukemia. He was immediately started on chemotherapy.

Kanishk thinks he has worms in his stomach, the little boy doesn’t know his life is at risk

Kanishk’s first cycle of chemo is over. But he needs more - that’s the only way he can get better. He is only 3, so he doesn’t know why they have shaved his hair.

“He was asking me the other day why have they shaved his hair when he only has worms in his stomach. I really couldn’t find an answer. What do I tell him? Luckily his father walked him with his favourite toy and he got distracted,”- Reshma, mother.

But Reshma knows that this won’t happen every time. She is scared that they will lose their only child if they can’t afford his treatment. The worried parents spend sleepless nights - their happy and playful little boy is fighting a battle between life and death.

Harish has spent lakhs till now, but it’s not enough

Cancer is spreading fast in Kanishk’s body. His parents are desperate - they know they have don’t have much time. But the cost of the treatment is coming in their way - they need 20 lakhs.

“It is a huge amount and I can never arrange for so much. I have a small business and whatever I earn is spent on Kanishk’s treatment. How will I continue his treatment? Does this mean that we will lose him?” - Harish, breaks down.

Their near relatives have stopped talking to them, there is no one else who can help them save their only son. Your generous contribution can make a huge difference

Click here to know more about Kanishk Sethi
Donate now
OR
Click here to read the instructions before you make a bank transfer.

Kausar Rs.10,000
53 others have contributed
Click here to know more about Kanishk Sethi

Donated to this campaign via Bank transfer/QR Code? Click here if you can’t find your donation listed below.
Sg
Shubham donated Rs.11,000