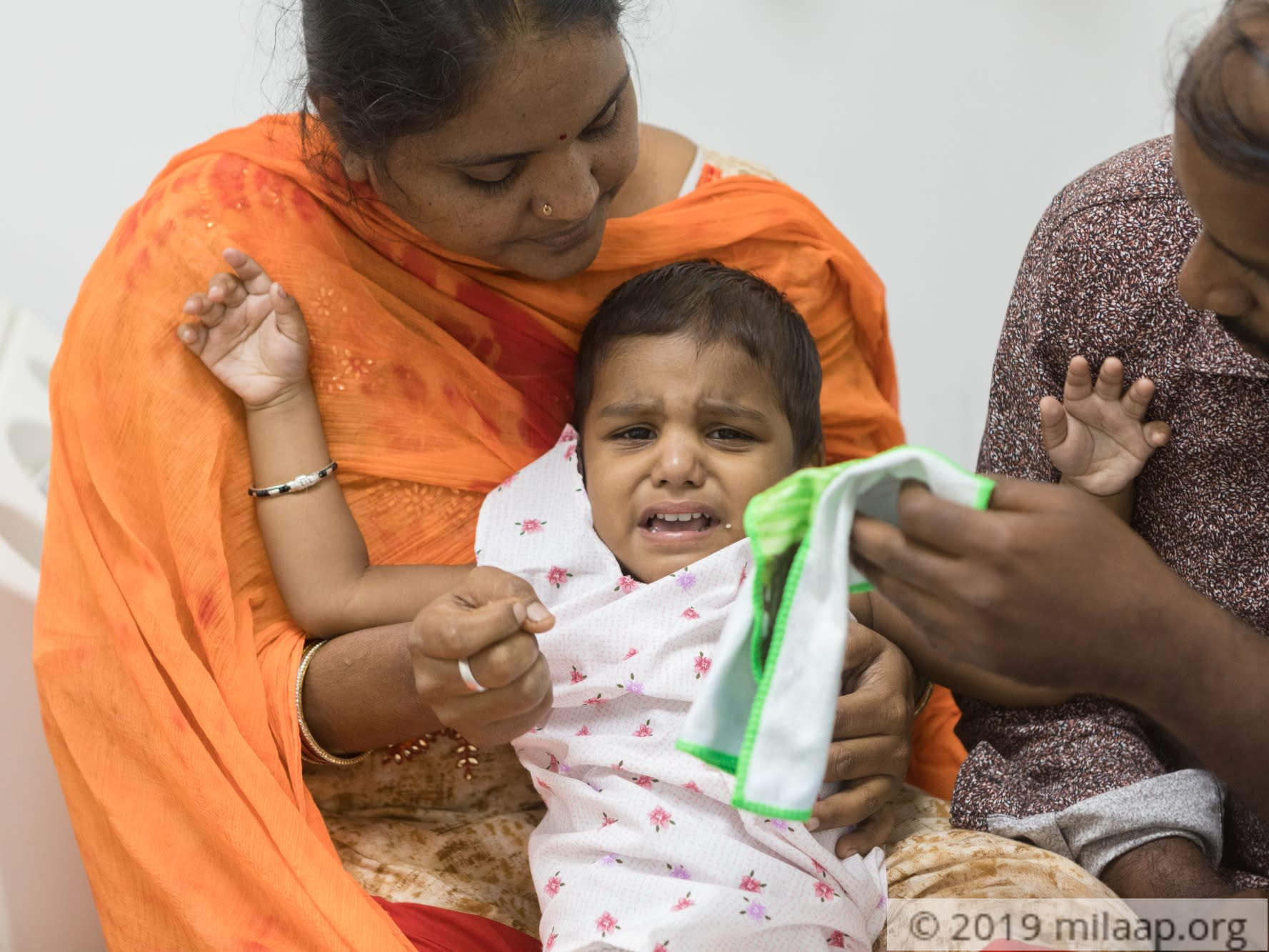 Share
We knew something was wrong when Hayan wouldn’t feed. He was just a few days old at the time. When we took him to a doctor, she just told us to keep trying and sent us home.
The next morning, my husband and I were startled awake by the bed trembling, and what we saw terrified us. Hayan’s face was contorted, his arms and legs were stretched rigidly and shaking...

It took me a moment to realize my one-week-old was having fits.

When Ramakrishna and Naga found out they were going to have another child, they had been anxious. As a constable, Rama didn’t earn much, and he also had to take care of his parents. But their nervousness slowly gave way to excitement the more they talked about it. When little Hayan was born, they realized he really was a blessing, because they instantly fell in love with him.

But their happiness was cut short when he started getting sick

“We didn’t understand what was happening to him. First he wouldn’t eat, and then his fits started. No doctor was able to tell us why, even after taking him from hospital to hospital for over a year. And then, earlier this year, he started vomiting continuously and his urine started smelling different. A few weeks after that he stopped being able to walk. It felt like my poor boy was cursed by some evil spirit!”
- Naga

When Hayan was finally diagnosed, it was worse than anything his parents could’ve imagined

Little Hayan has a condition called MSUD, a rare metabolic disorder of the liver. It is extremely dangerous, as it can result in permanent neurological damage at best, and a painful death at worst, if left untreated. Poor Hayan has already started displaying the advanced symptoms of this disease, meaning he needs a liver transplant urgently. If he doesn’t get the transplant now, then one way or the other, these parents are going to lose him.

Ramakrishna is struggling to stay afloat as is, and cannot afford Hayan’s liver transplant

“I’ve barely had any savings over the past year or two. After basic expenses for food and rent, any and all extra money I had spent on the various tests and scans we needed to put him through. Now, he needs 18 lakhs for his surgery! I don’t even have 1800 rupees in my account. I don’t know what I’m going to do. I need your help!”
- Ramakrishna, father

This desperate family looks to you now. A small contribution from your end will go a long way for them. Click here to donate.
H
Patient Hayana is 1 year 6 months old, living in Hyderabad, Telangana
RC
Being treated by Dr. Prashant Bachina in Rainbow Children's Hospital, Hyderabad, Telangana