This Baby Survived A Dangerous Surgery, But Now A Simple Infection Is Killing Him | Milaap

This Baby Survived A Dangerous Surgery, But Now A Simple Infection Is Killing Him 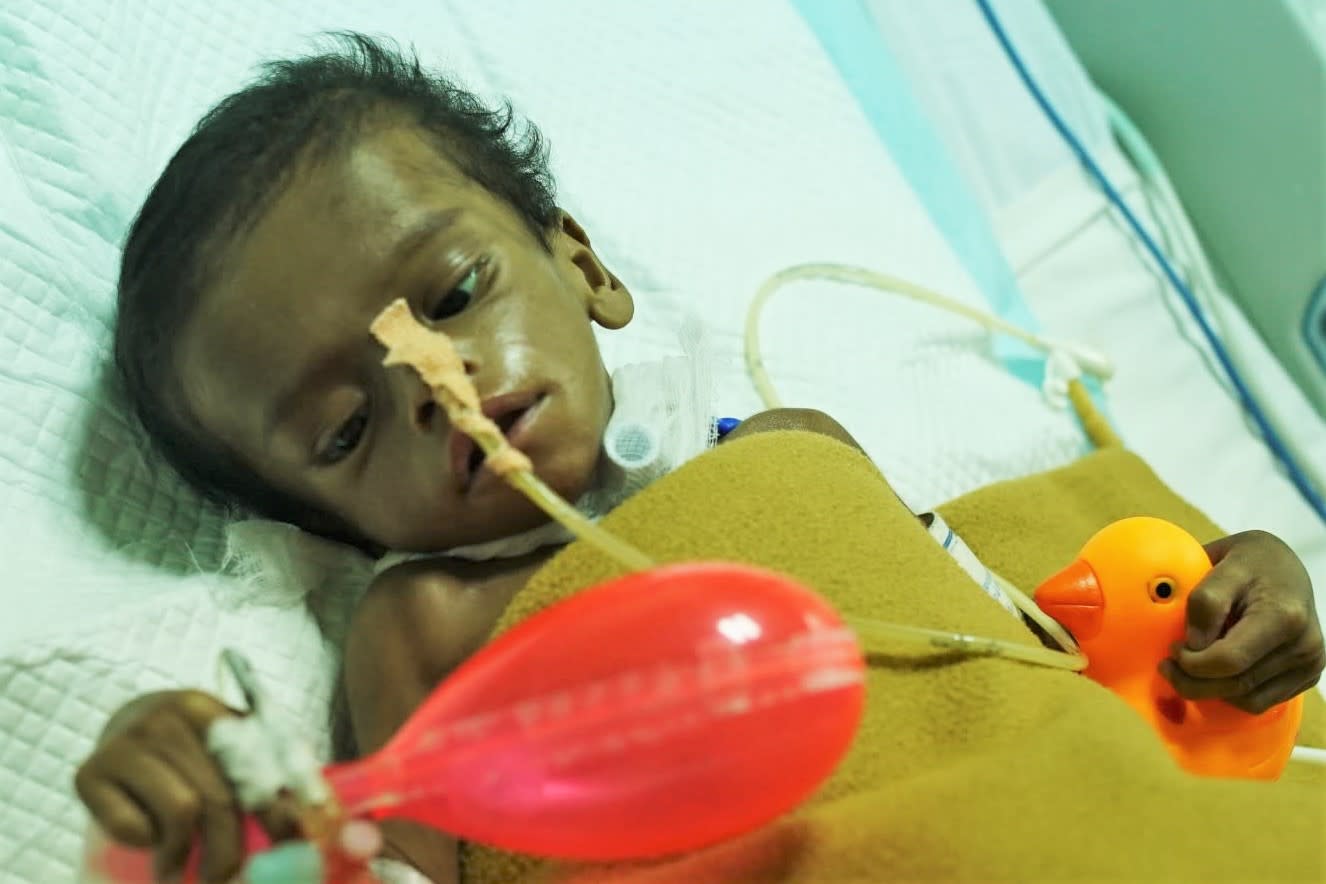 Share
We thought the surgery would be the end of his suffering. That he would finally come back to us, healthy and happy. That he would make trouble for his mother during the day and sit on my lap when I come home in the evening. But he has been getting worse; he’s just skin and bones now. The only thing keeping me going is that he still has this faint smile when he sees us.
Despite having spent more time with doctors and nurses than us… he stills knows we’re his Abbu and Ammi. And my son wants to come home too.
– Noufal, father

Rabeeh was a little over a month old when he got a small cut and it wouldn’t stop bleeding. Noufal and Jishabi had rushed their son to a hospital, where they managed to control the bleeding. After some extensive tests that they could barely afford, the young parents got a diagnosis: little Rabeeh had a liver disease, and he didn’t have much time before his liver would shut down entirely. He needed a transplant as soon as possible.

“I'd never had a surgery before. The sterile smell of disinfectant everywhere, the sound of knives and scissors and god-knows-what rattling together... I was terrified. My heart was beating so hard, my ears were throbbing. But still… the last thought in my head as they put the mask over my face and I became unconscious was… I’m going to save my son’s life.”
– Noufal

While the surgery was successful, Rabeeh has developed a deadly infection in his weakened state

Shortly after the procedure, doctors discovered that little Rabeeh had developed bacterial pneumonia and a bloodstream infection that was rapidly becoming more and more severe in the absence of a fully functioning immune system. Patients who receive new organ are given immuno-suppressants to keep the body from rejecting the transplant. In Rabeeh’s case, it left him an open target for the deadly infection.

“I’m an auto-driver. What little I earn each day just goes towards keeping the house running for another day or two. When doctors told me Rabeeh needed a surgery, I started working as many hours as I could while Jishabi started selling whatever jewellery she owned. We still had to take several loans to finally afford the procedure. Now our son is dying...and we can’t do anything about it.”
– Noufal

They put everything they had and more into trying to save their son the first time. Now, this couple needs your help. Please contribute as much as you can, and help save little Rabeeh's life.
BR
Patient Baby Rabeeh is 11 months old, living in Kochi, Kerala
VL
Being treated by Dr. Abhishek Yadav in VPS Lakeshore Hospital, Kochi, Kerala