They Could Lose Their Newborn Before Getting To Even Hold Her 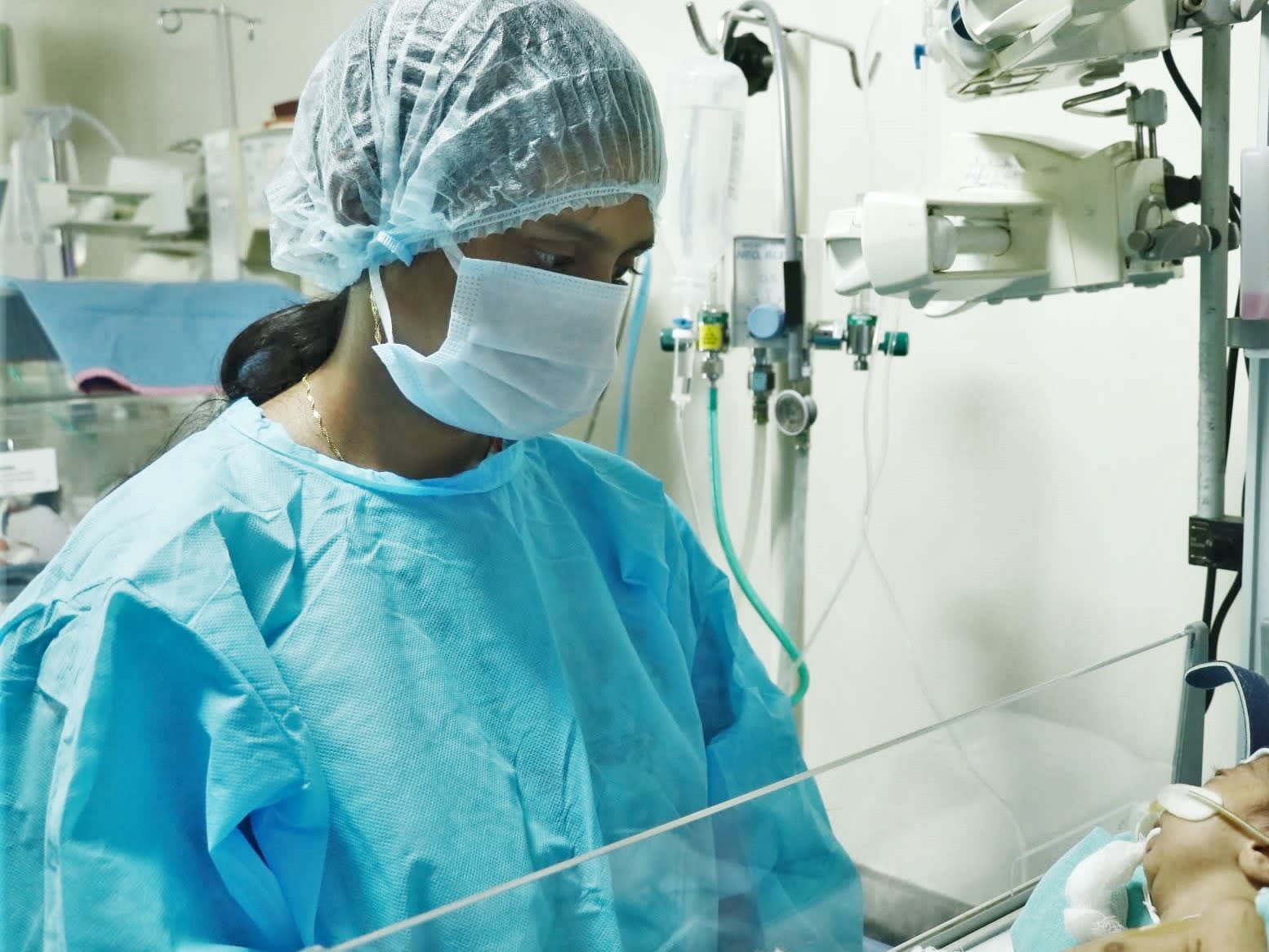 "When we found out that Rumana was pregnant, we’d been ecstatic. In the middle of all our fears and uncertainties brought on by the lockdown, just thinking about welcoming a little baby into our lives would fill my heart with joy.
But all our happiness vanished in just one day, a month ago. Our baby was born mere moments away from death, and we’ve been struggling to save her life ever since. All she needs now is to stay in the NICU, but we can’t afford it anymore...” — Faheem, father 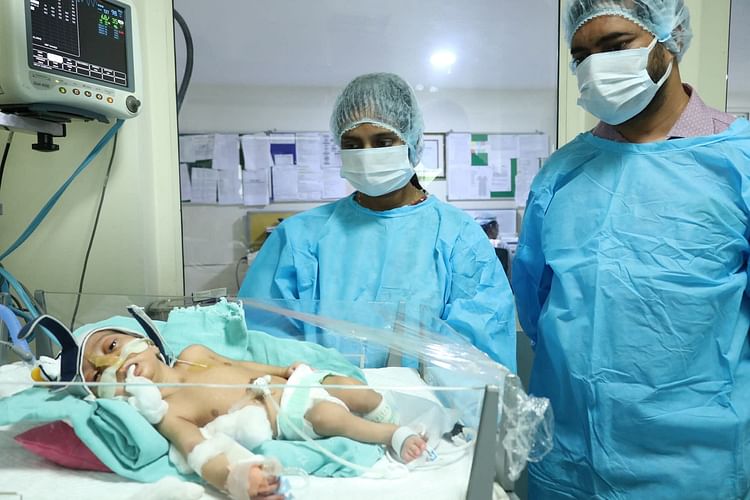 Rumana’s pregnancy had been completely normal until one day when she woke up with severe pain in her side. Unsure what to make of it but worried all the same, Faheem had rushed his wife to the hospital immediately.

“Before I could even understand what was happening, suddenly Rumana and the baby were in critical condition. Doctors informed us that our baby had swallowed some toxic substance in the womb, and might be slowly dying from brain damage. Rumana had to undergo an emergency c-section, but it wasn’t enough. When our baby was born, she wasn't breathing. For a moment... for a moment we thought we had lost her. But then she was rushed into the NICU, and we came to know that she can recover if she gets enough treatment!” — Faheem 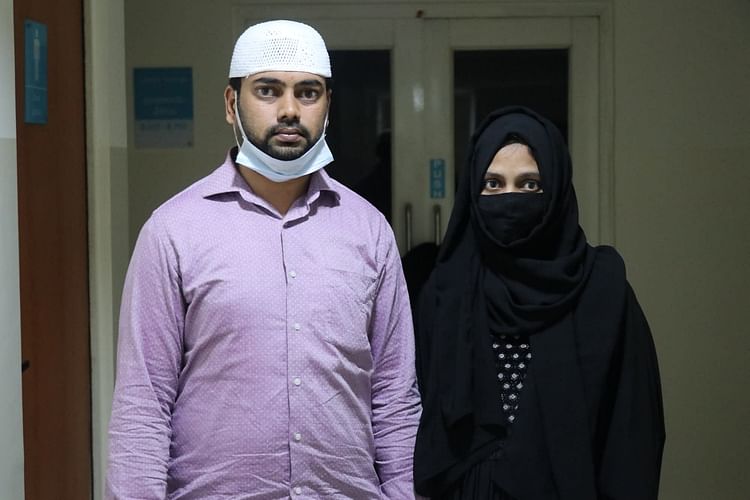 'What if we lose her before we ever get to hold her in our arms?’

Doctors told the terrified parents that their newborn girl was born with a potentially deadly respiratory condition called meconium aspiration. She had accidentally swallowed some of the fluid in her mother’s womb (amniotic fluid) which nourishes a baby and prepares it for birth. It had gotten sucked into her lungs, resulting in her regularly gasping for breath after birth, often turning blue because she kept suffocating.

“It pains us so much to see her hooked up to all those tubes in the NICU. We can’t even go touch her or stroke her hair; her condition is so critical that nurses can’t allow us inside. What if... what if we lose her before we ever get to hold her in our arms?” — Rumana, mother 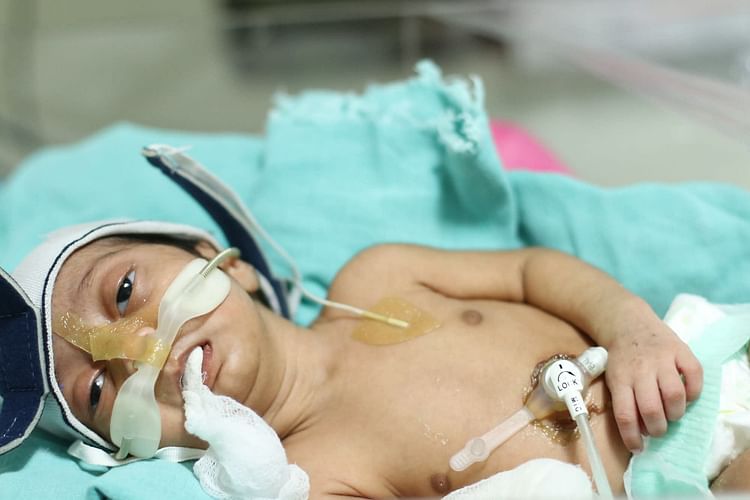 “For two months now we’ve been praying day and night while the doctors treat her. My poor girl was also born with a cleft palate, so on top of not being able to breathe, she can’t feed either! They had to make a hole in her stomach and attach a tube just so she wouldn’t die of hunger and thirst. What kind of life is this for a newborn? Why is she suffering so much?! We want to keep her treatment going but we’ve already spent more than 3 lakh rupees so far, all borrowed from our relatives. We’ll need at least ten lakhs more!”

As a salesman in a small clothing store, the past year has already been hard on Faheem’s finances. Despite constant effort over the past 2 months, he hasn’t been able to put together the money his newborn needs to continue her stay in the NICU.
This family needs your help desperately. Click here to donate, and save their newborn's life.
BO
Patient Baby of Rumana lives in Hyderabad, Telangana
NC
Being treated in Nice Children's Hospital, Hyderabad, Telangana