They Finally Have A Child After Years Of Waiting, But They Can Lose Her As Well | Milaap

They Finally Have A Child After Years Of Waiting, But They Can Lose Her As Well 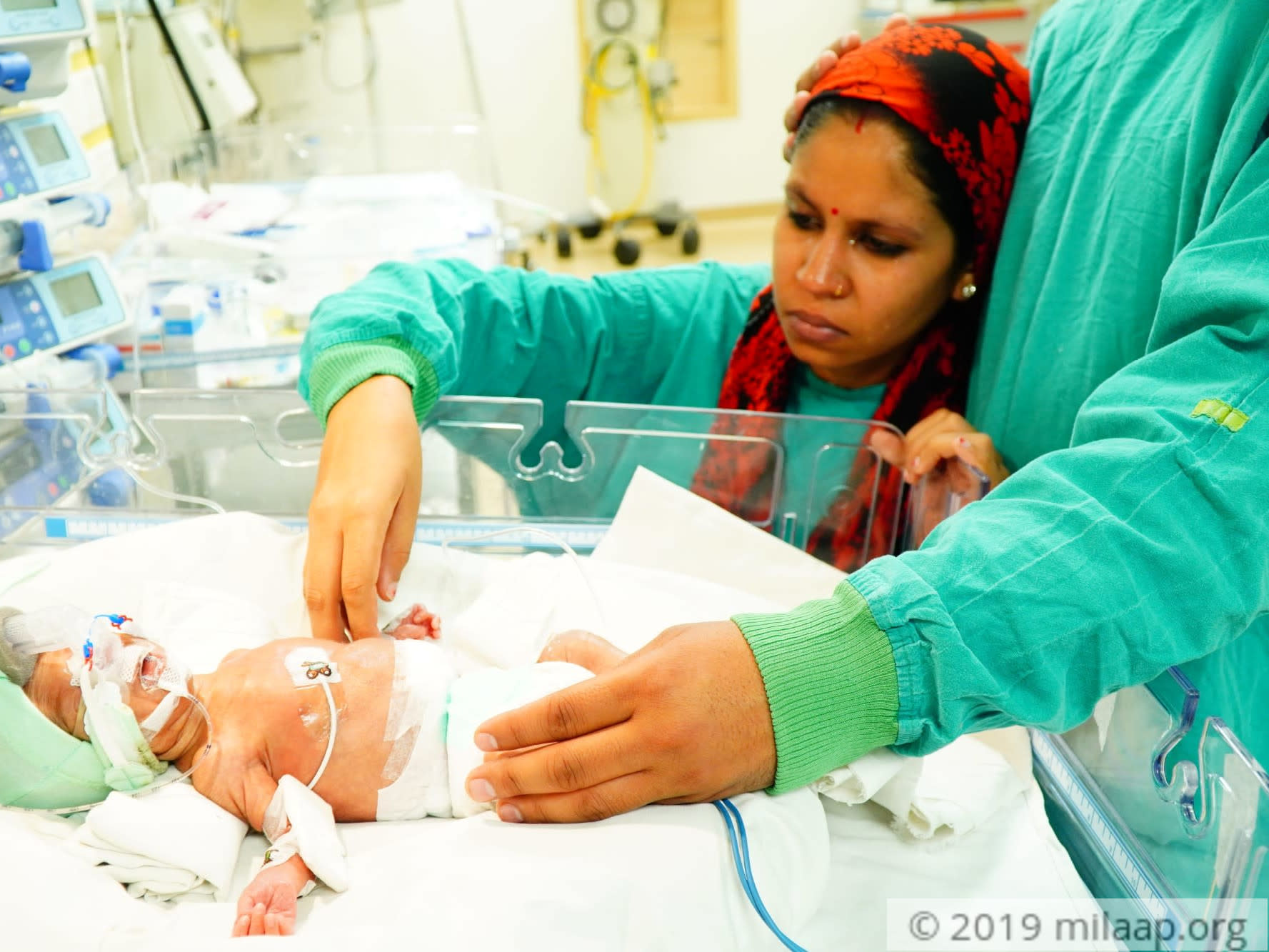 Share
If you’ve never experienced it before, I can’t tell you what it feels like. To believe your dreams are about to come true, that you’re going to have a child, and to then have that dream torn away.
Four times. I lost my babies four times before they were even born.
Now, I finally have a child of my own. And I’m about to lose her as well.
- Poonam, mother

Poonam and Satveer have been married since 2015, but they were only happy that first year. It’s not that they made each other unhappy. In fact, over the years, they have been pillars of support for each other as they faced the tragedies that came their way. No, they have only known despair for so long because Poonam got pregnant four times over the past four years, and miscarried every time within just months. She has gotten weaker and weaker, both mentally and physically, because of this.

“She still kept trying. After the first two times, the doctors told us it could be dangerous for Poonam to try again, because she had gotten so weak. But she... she just wanted a child, you know? She wanted to be a mother. And I didn’t have the strength to keep her from her dream. I’ve always wanted a daughter too...”
- Satveer, father

Due to being born so many weeks before the due date, Poonam's baby didn’t have the chance to fully develop. Her lungs are too small to let her breathe properly, and her heart still has a hole in it which normally closes before birth. On top of this, the baby has developed a severe infection in her brain.

“I don’t even understand what’s happening to her, really. At first, she was connected to a big machine, then they moved her to a smaller one. Now, they had to move her back to the big machine, saying her condition is too critical. I have no money to save her, I just work at a shoe-store. I don’t know what I’m going to do! Just that I cannot lose her!”
- Satveer

This family is desperate now. Please contribute as much as you can, and help save Poonam from losing yet another child.
BO
Patient Baby of Poonam is 8 days old, living in Jaipur, Rajasthan
SH
Being treated by dr mahendra in Surya Hospital, Jaipur, Rajasthan