She Lost Her Husband In An Accident, Now She Struggles Alone To Save Her Son's Life | Milaap
loans added to your basket
Total : 0
Pay Now

Ab
You are sending a message to
Anikesh bit
Go back

She Lost Her Husband In An Accident, Now She Struggles Alone To Save Her Son's Life 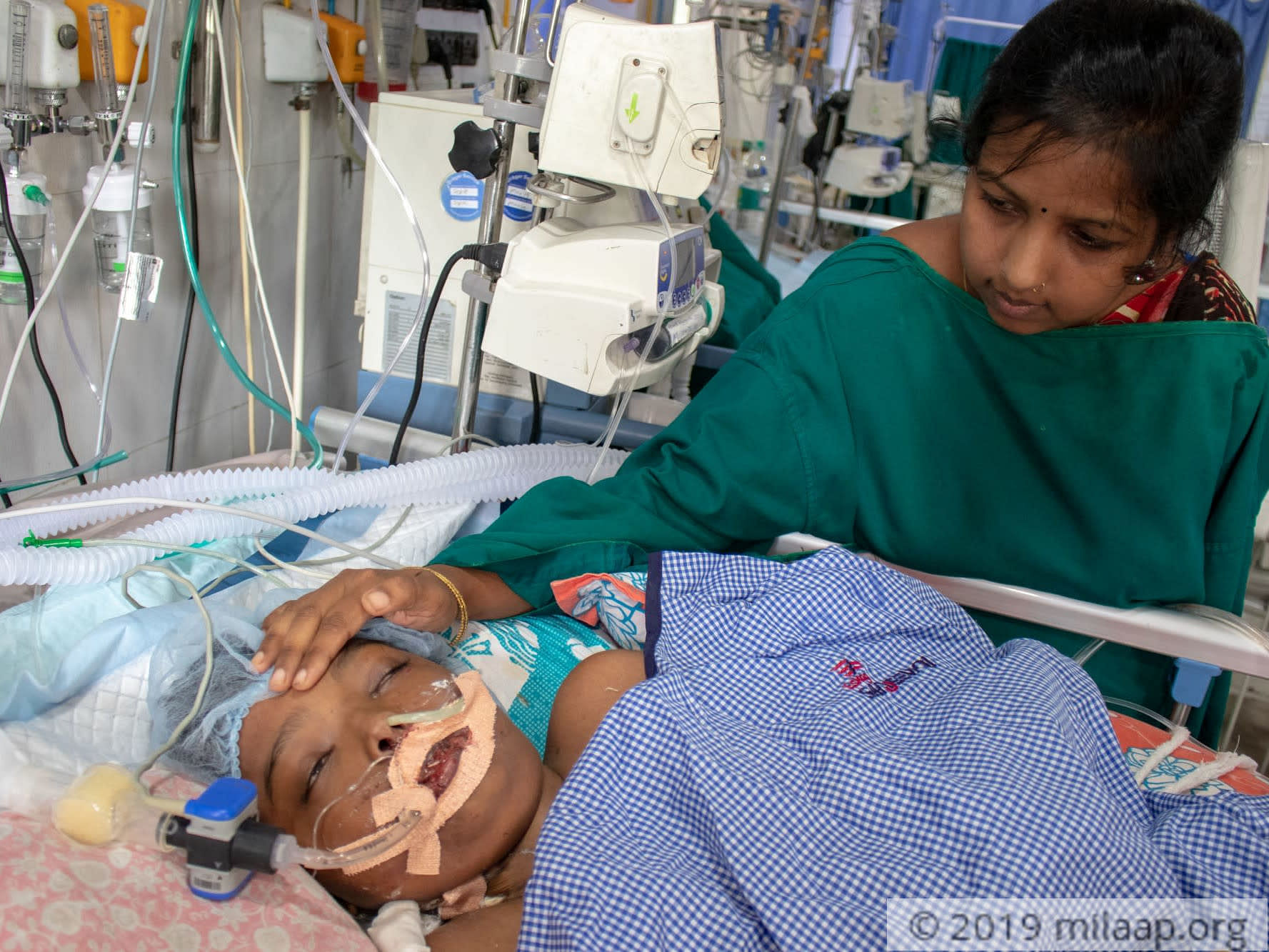 Share on facebook
This is not the first time Kakali is having such a close brush with death. As she stands outside the ICU door behind which her 12-year-old son is fighting for his life, she is reminded of another horrific incident that shattered her life 10 months ago. In an unfortunate turn of events, Kakali’s husband died in a tragic accident when he slipped and fell from an overcrowded train.

“It was 10 months ago but it still feels like it was yesterday. I miss him everyday, the pain has not reduced but I have been strong looking at my sons’ faces. Now they are my only reason to live. I will do anything to protect them but look at Akash...he is getting worse with every passing moment. I feel so helpless. What if I can’t save him?” - Kakali, mother.

Akash has been suffering from kidney disease since he was 2. Unlike other kids his age, his life has always been filled with restrictions. He could drink only a few sips of water and had to live on bland food.

“Four months ago during his routine check-up, we got to know that his kidneys were completely damaged. I didn’t lose hope, I was ready to donate one of my kidneys to him. We were even trying to arrange for funds but then just a few weeks later his entire body became swollen up. He started having severe breathing problems. The local doctors had given up but I took him to Kolkata in an ambulance."

Since then, Akash has been admitted to the ICU.
He is on ventilator support -the doctors have said he has brain bleeds.
He opens his eyes, looks around the room but doesn’t recognise his mother.

Kakali waits outside the ICU, she is allowed to go in only twice. The rest of the time she prays for Akash.

“I can’t break down, I am the only one he has now. I have to do everything for him. He can’t recognise me now but with treatment he is going to be fine - I know. But how can I afford the treatment - every day, I spend around Rs 10,000.”

Akash needs to be in the ICU for at least 3-4 more weeks, it would cost them around 6 lakhs. After borrowing from relatives and friends, Kakali has been able to pay only 3 lakhs. The only way this mother can save her son is with your help now. 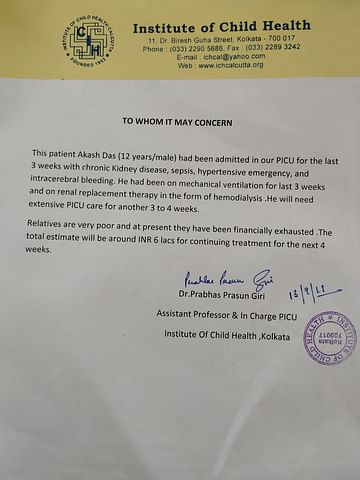 Donated to this campaign via Paytm? Click here if you can’t find your donation listed below.
SM
Sankhadip donated Rs.2,500

Be healed in Jesus name. Akash