She Already Lost Three Children To This Disease, Now It Threatens To Take Her Fourth | Milaap

She Already Lost Three Children To This Disease, Now It Threatens To Take Her Fourth 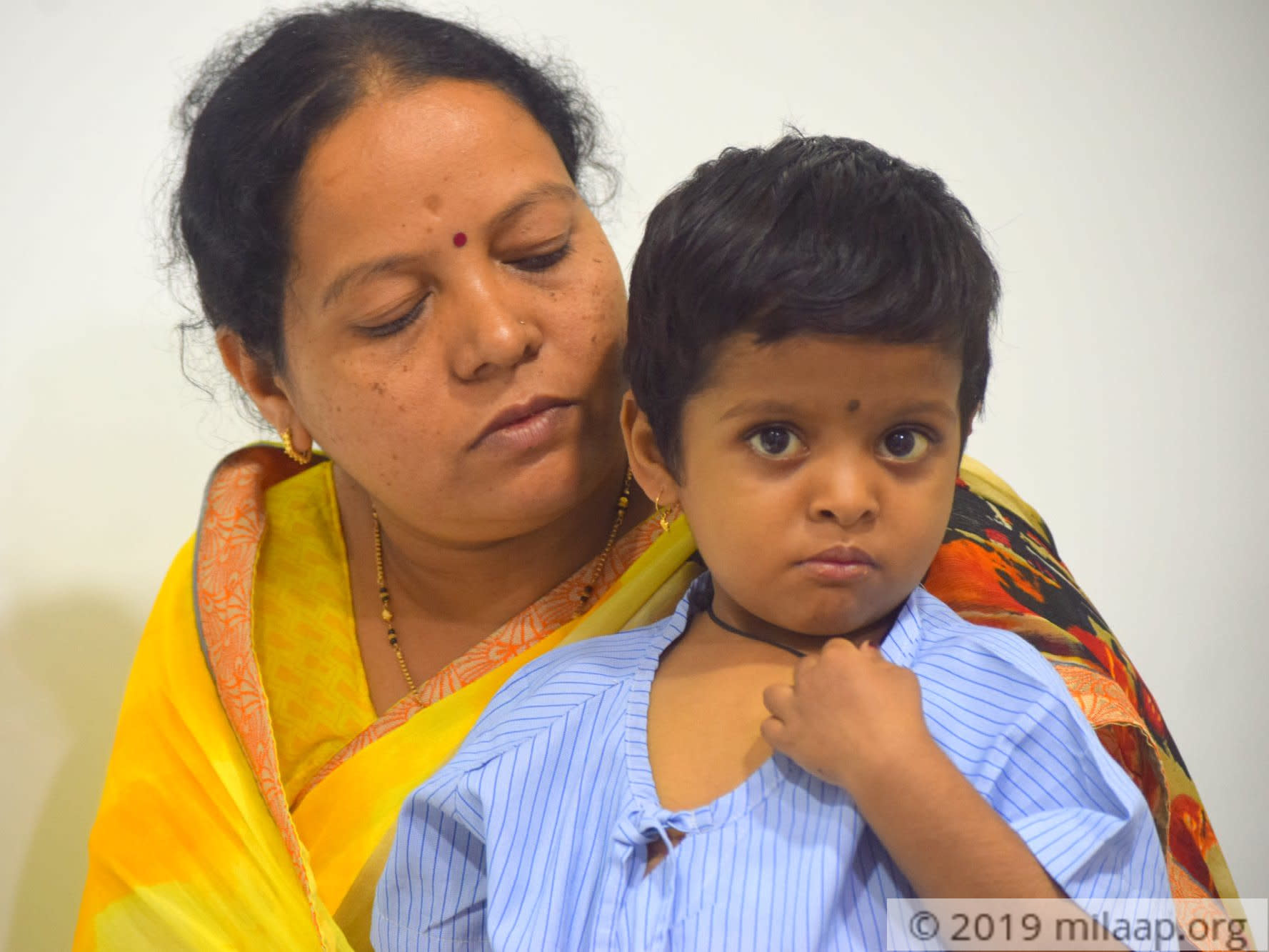 Share
This disease has already taken three children from us. It doesn’t get any easier, you know? You don’t get used to the pain. You don’t get used to that feeling of... Each time it happened, it’s like I lost a part of myself that I’ll never get back.
If I lose my Abhishree now... there'll be nothing left of me. She is the only reason I have to live.
– Pratibha, mother

Prahlad and Prathibha got married a little over a decade ago. After just a year, they welcomed Shreya, a beautiful little daughter into the world, feeling like the luckiest couple on earth. Things took a turn when what they thought was infantile jaundice turned out to be a life-threatening liver disease called Progressive Familial Intrahepatic Cholestasis (PFIC). After struggling for 10 months to keep her alive, they lost little Shreya. Their next child, Shreeraj, too passed of the same disease.

“After we lost Shreya and Shreeraj , for years we were terrified to have more children. But we consulted with a doctor who did some thorough tests and he told us it was safe to try again. A few years later, Pratibha gave birth to twins, a boy and girl! We cried for hours that night from happiness; after losing two children, we had gained two, whom we named Ayush and Abhishree. But just a year later... Ayush passed away of PFIC too. Abhishree is all we have now...”
– Prahlad, father

Abhishree too has now been diagnosed with the same disease

PFIC disease can cripple even adults. In children, its effects are scary. Their skin turns an unhealthy shade of yellow, and they become prone to horrible infections that lead to relentless coughing and severe breathing troubles. When they suffer any cuts, the bleeding refuses to stop, and sometimes they even start bleeding from their mouth. Their stomach also swells due to fluid build-up. Prahlad and Pratibha experienced all this with their first 3 children. Now, Abhishree has been diagnosed with PFIC as well.

Of the four children they’ve had, she has the best chance to survive

“They’re saying that of all the children we’ve had, she’s the healthiest. But... only for now. Apparently, it’s just a matter of time before the disease catches up with her, and then I will lose her too... They’ve asked me to get her a liver transplant as soon as possible, but it costs 20 lakhs! As a labour-work supervisor, I barely earn 8,000 to 10,000 a month! What am I to do?! I’m so tired... I’m tired of my heart getting broken, of losing my children. Please. Please help us.”
– Prahlad, tearing up

They should have been a happy family of six by now, but tragedy after tragedy has reduced that number to three. You are now the only hope they have. Contribute now, and save little Abhishree’s life. Every donation helps, no matter how small.
AP
Patient Abhishree Pralhad Patil is 4 years old, living in Pune
DM
Being treated by Dr Ninad Deshmukh in Deenanath Mangeshkar Hospital and Research Centre, Pune