With A Newborn At Home And Another Son Critically Ill, This Father Doesn't Know What To Do | Milaap

With A Newborn At Home And Another Son Critically Ill, This Father Doesn't Know What To Do 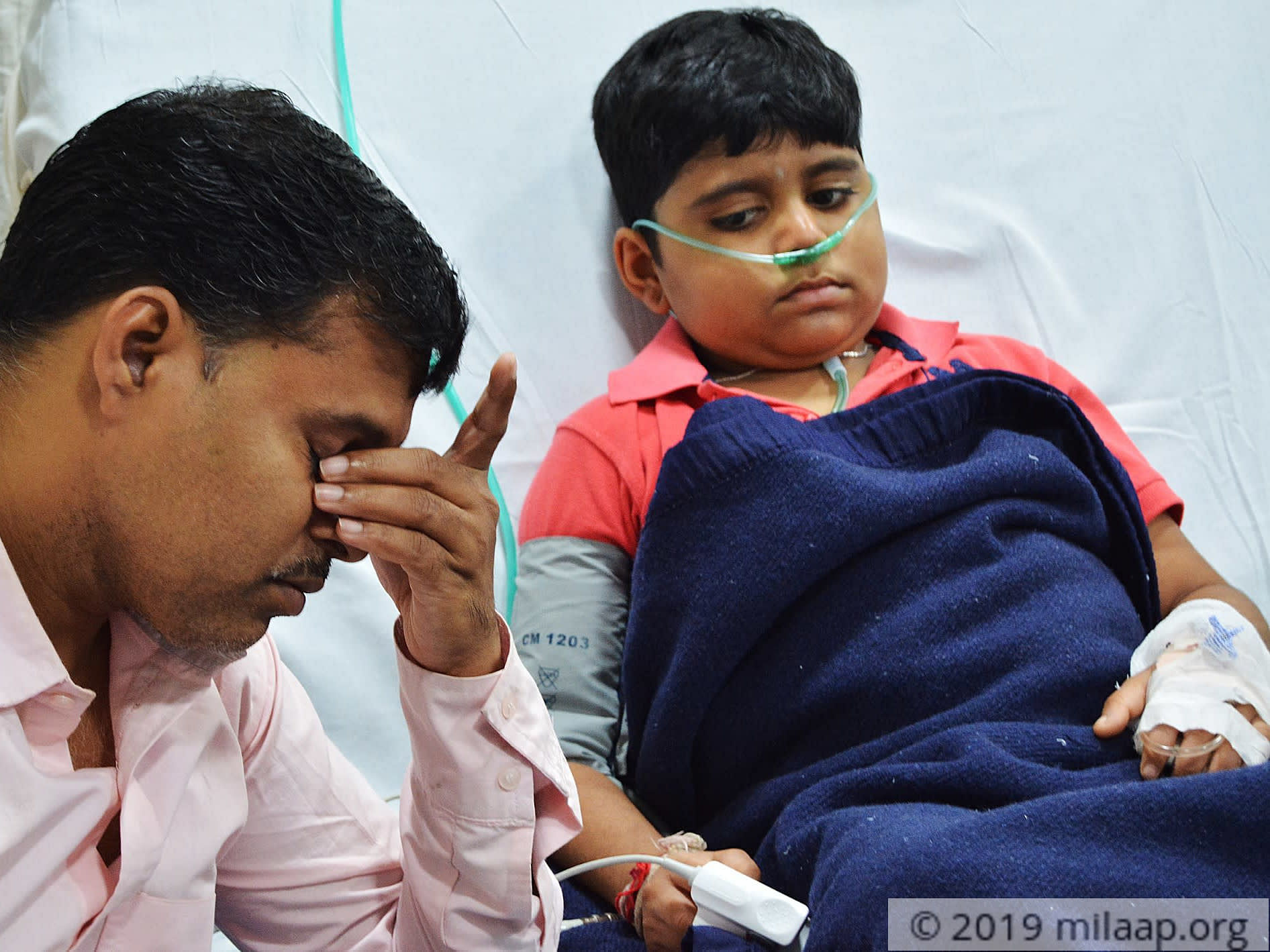 Share
“It started so small. We thought it was a birthmark we had never noticed before. But then it got bigger, and bigger. Soon he was waking up every morning with new bruises. We were so scared, we didn’t know what was happening. One of our neighbors said that we should take our son to a baba (god-men)...that maybe my child was possessed…”
– Abhijeet, sobbing as he remembers what his son has been through
Image used for representational purpose only

Poor Aaradhya had to suffer for a month

“I got Aaru so many tests and checkups, and doctors kept telling me there was something wrong with his blood, but they weren’t able to figure out what the cause was, they just kept prescribing different medicines. It wasn’t until I got him a bone marrow biopsy that we finally figured out what he was suffering from, and then he was hospitalized.”

His father was torn between one son who was newborn, and another who was critically ill

“It all happened in the same month as my second son’s birth. I was torn between spending time with Aaradhya and spending time with my newborn boy. Sometimes my wife would bring him to the hospital and as I held him he would smile at me so beautifully… It was just so hard. I used to feel guilty for being happy. I would want to smile back but… how could I when I had another child who was sick and in pain just in the other room?”

Aaradhya’s condition has stabilized after 7 months of hospitalization, but he’s still critical

“I had to quit my job once Aaru got hospitalized, because my wife was busy with my newborn. Over the past 7 months I’ve taken so many loans to keep him hospitalized. He’s so much better now, all his bruises are gone, but he needs a few more months to permanently recover and I’ve run out of money. If I don’t come up with more, I’ll have to take him out of the hospital and then his problem will come back much worse.”

There is so much at stake for little Aaradhya

If his family can’t afford to keep him in the hospital any longer, poor Aaradhya runs the risk of excessive blood clotting everywhere in his body. These blood clots can lead to stroke, heart attack, kidney damage, deep vein thrombosis, and lung disorder, to name a few.

In this time of desperate need, please help this family to save their little son. Donate however much you can; every little bit makes a difference.
AA
Patient Aaradhya Abhijeet Manjrekar is 6 years old, living in Borivali, Maharashtra
CP
Being treated by Dr. M V Manglani in CTC, PHO and BMT Centre for MCGM, Borivali, Maharashtra