You are sending a message to
Amrin Shaikh
Go back

Shares
Shares
Share on whatsapp
In March 2002,everyone in one-year-old Amreen's family was in Mumbai, visiting a relative. Her Abba, Ammi and three sisters Danish, Farah and Niloufer had come from a small village in Gujarat. The children don't remember much of the riots, all they knew was that their home was gone and they couldn't go back.
They remade their lives in Vadodara, but four years later, their father passed away in an accident. His family wanted nothing with raising four daughters. Desperate to make ends meet and fearful of bringing up four girls on her own, Najma moved to Mumbai India. 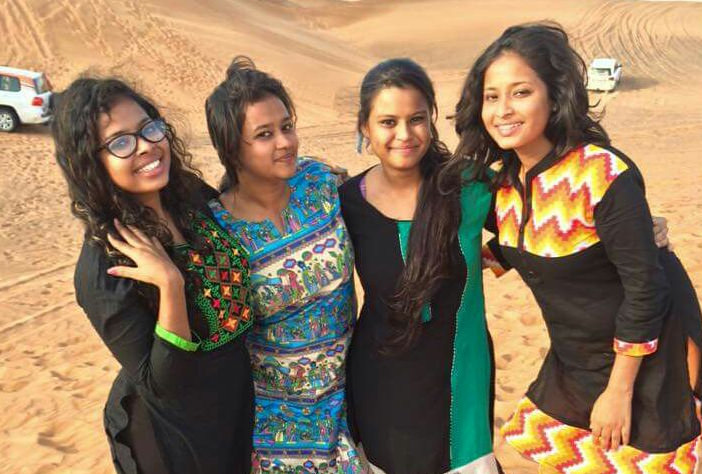 Amreen with her three sisters at an excursion organised by Kranti
She began working in a dance bar as a cleaner. But Mumbai was a tough place to live in. She could barely make ends meet. After an year, decided to go back to Gujarat. News of her working in a bar followed her and a relative got her involved in prostitution. She needed this money to care for her daughters.
Najma quit after a year, but murmers and insinuations followed her. She finally came back to Mumbai to start again and went back to work in the dance bar. She sent away three of her daughters to live in a hostel run by a NGO. Amreen saw her sisters once in two weeks. The only other person she spoke to was her mother
Life in Mumbai
When the doctor confirmed Amreen was deaf and mute, her mother was beset with worries. How would this one fend for herself? As her mother stepped out to work, Amreen was left with dire warnings. “In this place, they catch little girls like you and do horrible, unimaginable things to them! Never step out.” Amreen was warned over and over.
So Amreen stayed home, cooked and cleaned, closely watched by a mother who felt helpless to protect her. Unlike her sisters, Amreen didn't learn to read or write. She developed vague fears, refusing to even cross the road on her own.
Her sister lived in equally difficult circumstances. They were beaten and starved at their hostel under suspicion of 'talking to boys'. Despite getting good marks, they were forced to get jobs. Finally, in 2014, after 8 long years, the sisters came to Kranti– a home for children in red-light areas.
Coming to Kranti 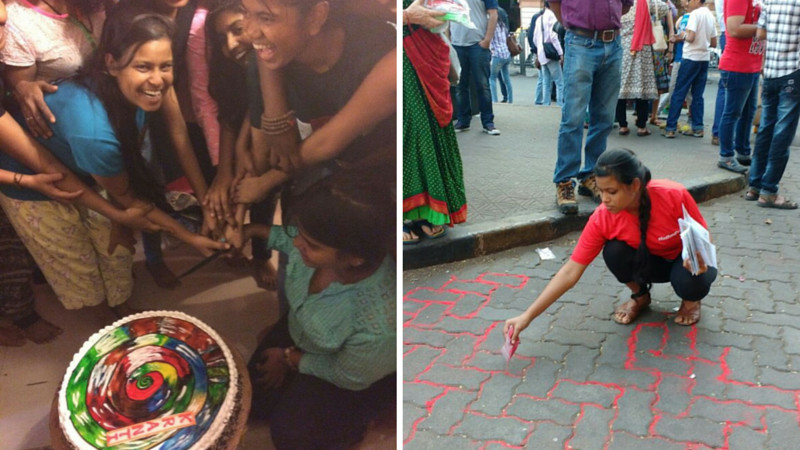 At Kranti, they were supported in catching up with their education and learning to express themselves. “We knew our mother was a bar dancer, but pretended not to know. After coming here and talking about it, we realised she was only doing it to provide for us,” says Farah.
Kranti not only helped the girls' study but supplemented their learning with experiences that helped them grow. The girls learn theatre, music and art. “After we came to Kranti, we wanted our sister to come and join us. So we asked Robin, the founder, to let Amreen come here,” says Farah.
Amreen with Robin, founder of Kranti
Amreen came to Kranti in 2015. After coming here, she learnt International Sign Language. Her teacher Sana, has taken it upon herself to not only teach Amreen sign language, but also to make her into a strong, confident young lady.
“A deaf person has to develop skills to get by in life. Just because you can't hear, does not mean you cannot see, or are in any other way impaired,” Sana explains to Amreen. A dictat Amreen has taken to heart.
As Amreen explains, through signing, “At Kranti, I learnt dancing, painting and theatre. I also started going to the Bombay School for the Deaf and Mute, which is something I only dreamed of doing. At school, I learnt the basics of reading and writing. It was Sana who really helped me learn. She meets me almost every day and teaches me for 2-4 hours. She even teaches the other Kranti girls and staff on Sundays, so everyone is learning sign language.” 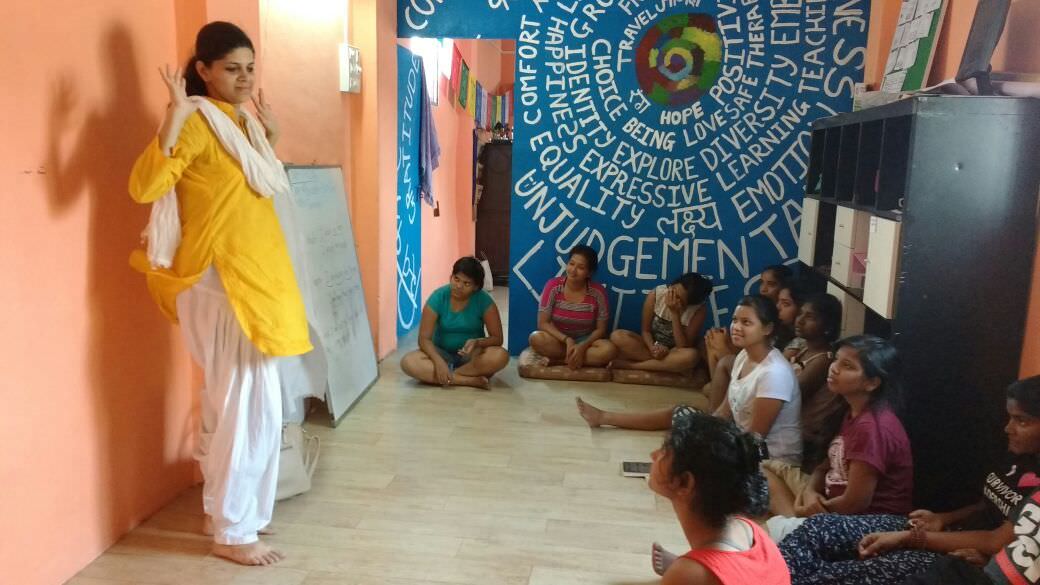 Sana teaching sign language to everyone at Kranti
“Amreen, who was too scared to cross the road on her own, now goes to school from Santa Cruz to Mazgaon on her own. It is a huge achievement for her,” Farah explains.
Sumaiya, 13, one of the girls in Kranti sums it up as, “Amreen is so naughty. She is deaf and mute and keeps us amused by making jokes on people. She creates funny sign-names for all of us. Can you imagine what it would be like if she could speak?”
Amreen has got the unique opportunity to go to Aspen camp, U.S. a special year-round camp for the hearing impaired. At this camp she can pick up skills necessary for all hearing-impaired people and be with children her age with the same impairment that she has. This camp will be crucial in helping Amreen catch up in her education. She has even got a scholarship to attend. All she needs is the money to buy her a ticket. 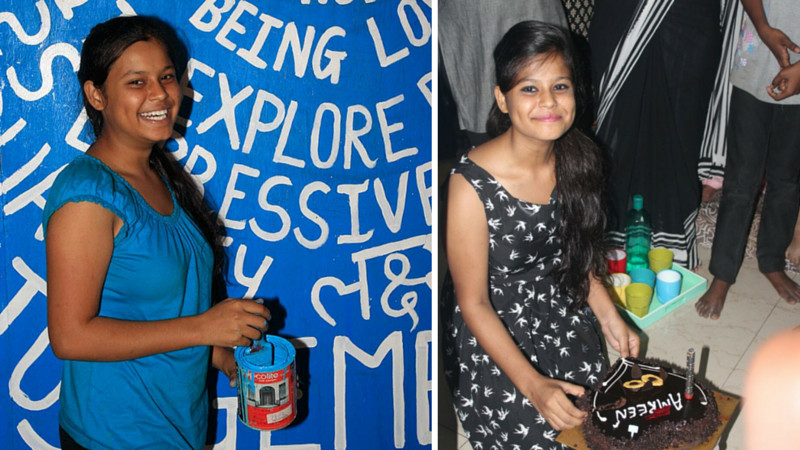 You can help this 15-year-old finally overcome her past and take her first steps towards happiness. Donate here.
Click here to contact the organisers
Donate

It is Amreen's dream to go to school and study. This camp can help her study better