Fundraising to renovate of the theosophical society building in Adyar | Milaap

Fundraising to renovate of the theosophical society building in Adyar 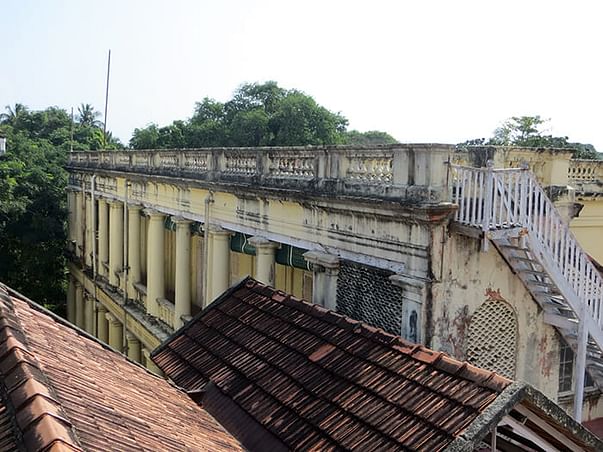 About the Theosophical Society

The Theosophical Society, founded in 1875, is a worldwide body whose primary object is Universal Brotherhood without distinction based on the realization that life, and all its diverse forms, human and non-human, is indivisibly One.
The Society imposes no belief on its members, who are united by a common search for Truth and desire to learn the meaning and purpose of existence through study, reflection, self-responsibility and loving service. Theosophy is the wisdom underlying all religions when they are stripped of accretions and superstitions. It offers a philosophy which renders life intelligible and demonstrates that justice and love guide the cosmos. Its teachings aid the unfoldment of the latent spiritual nature in the human being, without dependence.
The Society is composed of students belonging to any religion or to none. Its members are united by their approval of the Society's Three Objects, by their wish to remove religious antagonisms and to draw together people of goodwill whatsoever their religious opinions, and by their desire to study religious truths and to share the results of their studies with others. Their bond of union is not the profession of a common belief, but a common search and aspiration for Truth.
In accordance with the Theosophical spirit, most Theosophists regard Truth as a prize to be striven for, not as a dogma to be imposed by authority.
They hold that belief should be the result of individual understanding and intuition rather than mere acceptance of traditional ideas, and that it should rest on knowledge and experience, not on assertion. Truth should therefore be sought by study, reflection, meditation, service, purity of life and devotion to high ideals. At the same time, Theosophists respect the different beliefs. They see each religion as an expression of the Divine Wisdom, adapted to the needs of a particular time and place. They prefer the study of various religions to their condemnation, their practice to proselytism. Thus, earnest Theosophists extend tolerance to all, even to the intolerant, not as a privilege they bestow, but as a duty they perform. They seek to remove ignorance, not punish it; peace is their watchword, and Truth their aim.

The Adyar estate with its historical grounds is truly a blessed place, for many reasons and for Theosophists belonging to the various traditions the world over, but its overall condition leaves a lot to be desired. In order to describe what the current situation looks like one must imagine that when it rains, and in the monsoon period it rains heavily in Tamil Nadu, it is simply not possible to perform any repair-work inside the Headquarters Building. When it pours outside, the rain will certainly cause nuisance inside as well. Regrettably it is a fact that many historically significant buildings are in ned of significant renovation.
The International President, Mr. Tim Boyd, has indicated that this process of decay must come to a halt changing it into a process of revitalization, innovation and above all renovation. For that reason a 20-year plan has been created.
On the estate there are more than 116 buildings; most of them in a poor state. Important buildings such as Headquarters Building, the Blavatsky Bungalow and Leadbeater Chambers are no exception and urgently need to undergo an extensive reconstruction.
The Adyar archives are currently kept in a section of Headquarters Building under circumstances which are inadequate. Archives need an air conditioned and fully climate controlled space. In order to optimize the settings, professional archivists and other specialists have thoroughly investigated possibilities and presented detailed plans so that very soon the process of improvement can begin.

Donated to this campaign via Paytm? Click here if you can’t find your donation listed below.
KK
Kamal donated $1,000

Donated to this campaign via Paytm? Click here if you can’t find your donation listed below.
KK
Kamal donated $1,000 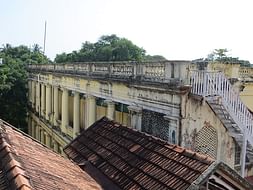 Fundraising to renovate of the theosophical society building in Adyar