I am fundraising to support Citizen Journalists in Northeast India | Milaap

I am fundraising to support Citizen Journalists in Northeast India 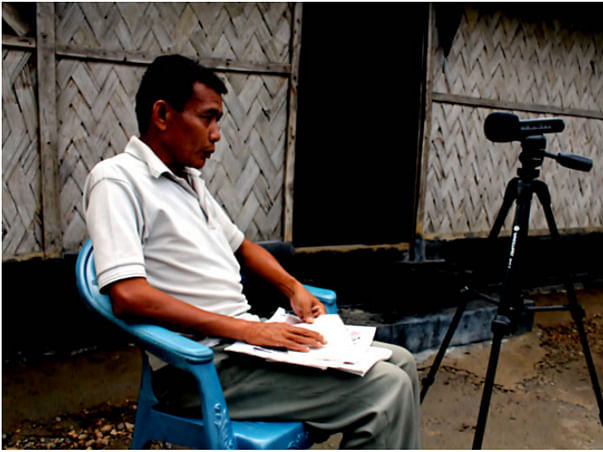 Seven Sisters Project enables citizens and reporters in Northeast India to tell their stories to the world via a deep integration of mobile phones, website portal and social media channels.

India has a highly segregated national media. While the mainstream media is busy in its race for target rating points, the smaller local media have little chance of reaching a wide national audience and addressing important regional issues. The Northeast region of India has suffered much because of this. While on the one hand, Indians in other parts of the country have little to no knowledge about the Northeastern cultures, the people from these areas also have to face a high level of discrimination and bias when they visit or migrate to other regions. This widens the regional and psychological divide within India. The issues of Northeast India remain within the boundaries of the seven states and never reach other cities.

Mobile penetration in the region has increased from 26% in March 2009 to 47% in September 2010 in the region. Making use of this cell phone penetration, the project uses a voice portal technology that enables citizens to report and discuss issues of local interest by calling a toll free number and hence facilitating a grassroots model in citizen journalism across the region. Enabling the comment feature on the mobile radio, Seven Sisters Project aims to replicate the popular social media style of engagement on mobile phone.

Since our launch in May 2013 our network has reached and impacted people's lives in some of the remotest corners of Northeast India mainly in the states of Mizoram and Arunachal Pradesh. Starting with 31 calls a month our call volume has risen steadily to 700-1000 calls a day since November and monthly we receive 10,000- 15,000 calls. Our network is spread to Changlang, Tirap, Lohit districts in Arunachal Pradesh and Dhemagiri, Kamlanagar and Silsury in Western Mizoram. Seven Sisters Radio is unique as it reaches people who have so far been deprived of an effective communications platform, people from low literacy regions, non-internet users and any other media such as television or print. And all this through the power of voice and accessible to anyone with a simple mobile phone.

Our Interactive Voice Response System runs via a mobile phone connection. Our citizen reporters gives a miss call to a 10 digit number and the server calls them back in 20 seconds. As most of our callers are poor, we don't want them to take an extra burden of call charges. As such we run a huge bill to pay back for our telephone lines. Additionally the funds collected will be used for-

1. Pay for the telephone bills for Seven Sisters Radio

You are sending a message to
SevenSistersProject
Go back 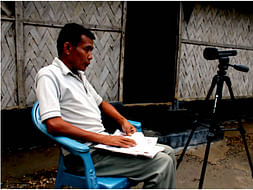 I am fundraising to support Citizen Journalists in Northeast India