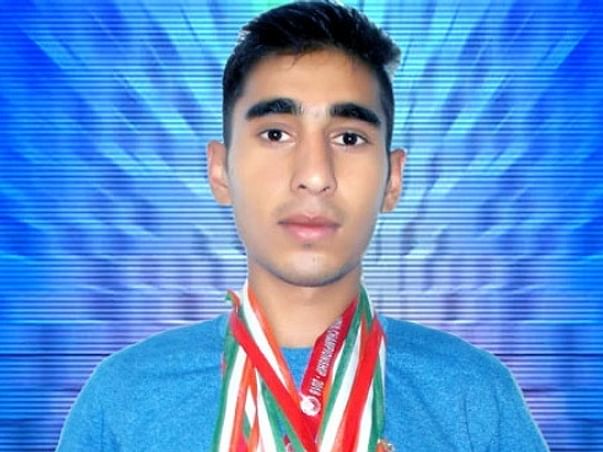 Vinod lives the life of the impossible everyday! He plays a sport that goes for great effort without his speed, endurance, agility and a good nutritious diet. And to add to this, he has won consecutive medals and is ranked 2nd in the world's top 100/200 meter athlete by the school and the TAA All India Championship! He has 4 gold medals and 3 silver medals so far at the national championships.
Runner Vinod Siravi, who despite having no money to buy a sports kit, showed his talent in the national competition of the race by topping the studies. The father, who runs a farm, runs a household, while the mother left behind in childhood. The father went on to teach Vinod as he went home that the circumstances again reversed, and in 2011, the father lost one of his hands. Still, not giving up, the father encouraged the son to teach and pursue the game. As a result of this, Vinod has won many competitions in sports as well as studies.
Vinod, who belongs to a lower middle class family, is not getting proper diet and scientific training. Even then he is working hard to achieve his dream of Ouldal. He is a very beneficial person who lacks financial support.

Ever since he took up athletics, he has been accumulating funds to test himself. In fact, during the pre-games his family borrowed money from their relatives and friends to maintain a good diet.

He is a very golf athlete who can create history in 100m and 200m athletics and is making India proud! So far, no Indian athlete has been given a place at the international level, but Awadhesh shows great potential to change the past of Indian athletics.

The humor single aim is to win in ol. His hope, perseverance and hard work are the biggest blow to his victory. Vinod says, "Running is my life, and India is my heart and one day I will do some of the best in ol to make my heart happy and happy."

"Internationally all of his vibrators are from developed countries, which can afford good diet and training, but he belongs to one country, India, where there is less attention to international athletes. So he has to dream beautiful For. All kinds of people need help.)

3. Participated in the state level competition Bharatpur organized by Sports Federation of India and secured first position in the 200 meter race.

4. Participated in All India Athletics TAA Sports Championships held at Neemrana, Alwar and won gold medal by finishing first in the 100 and 200 meter races.

5.Participated in the Mission Olympic Association Sports Association held in Poona (Maharashtra) and won the Sravana Medal by finishing first in the 100 meter race.

You can also make a bank transfer to the sanitary account below for this fundraising campaign.