Please Help Me Participate In The Olympics | Milaap
Milaap will not charge any fee on your donation to this campaign.

Please Help Me Participate In The Olympics 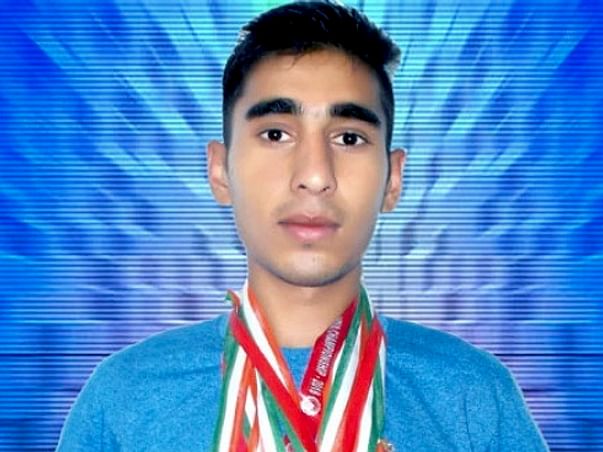 I go to the academy please help me
My name is Vinod Siravi in Rajasthan lives in a small village in Pali district.
Along with my studies, I also play sports, I have also won the national gold medal.
Along with this, I have also been in first place in a lot of competition.
Economic conditions are such that one cannot buy a sports kit
Despite having no money to buy a sports kit, he showed his talent in the national competition of the race by topping the studies. My father runs a house by farming, while his mother left his childhood. The father was managing to teach Vinod by driving home in such a way that the circumstances reverberated and in 2011, the father lost one of his hands. Still, not giving up, the father encouraged the son to teach and pursue the game. The result of this is that I have won many sports competitions with the study of humor.Despite the weak economic conditions, he participated in the block level competition held at Sojat in 2017 on the strength of the Buland and got first position in the 100 meter race. From here, he got selected in the district level competition and got third place in the 100 meter race. In order to show his talent in the race, Vinod Sports' F derision of India participated in the state level competition Bharatpur organized in March 2018 and secured first position in the 200 meter race. Participated in All India Athletics TAA Sports

Championships held at Neemrana, Alwar on 17 August 2018 and won the gold medal by finishing first in the 100 and 200 meters. After this, on 23 October he participated in the Mission Olympic Association Sports Association held in Poona (Maharashtra) and won the Sravana Medal by finishing first in the 100 meter race.
Thereafter, she participated in the Fay Steele Marathon held in Indore (Madhya Pradesh) on 5 November and finished second in the 42 km race.
My dream is to represent India in the Olympic Games
But due to economic conditions no good trainers are available nor good resources are available.
I need money to go to a good academy I will go to the academy and prepare well and bring the medal to the Olympics in the country
I want to go to Army Academy which is in Pune, if I am not selected in Army Academy, then I will go to RB Academy Sikkim
My one minute fee is 8500 rupees and I have to train in academy for 2 years.
8500 my academy fees and my living expenses are separately my diet running shoes

I don't even have good colleti shoes, so I run without shoes
I hope you all help me
If you help me, I will bring the medal to the Olympics for the country one day
please help me 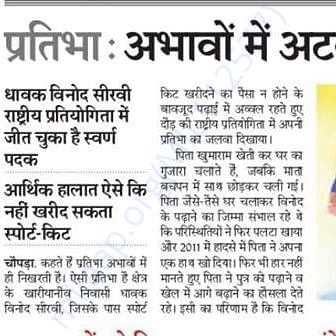 Scan & donate with any app
check_circle_outline Download payment receipt
Report fundraiser
See how thousands are crowdfunding for their causes on Milaap
Rs.110 raised

You are sending a message to
Vinod
Go back 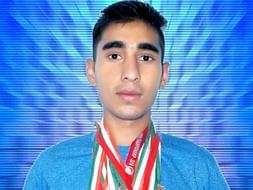 Please Help Me Participate In The Olympics