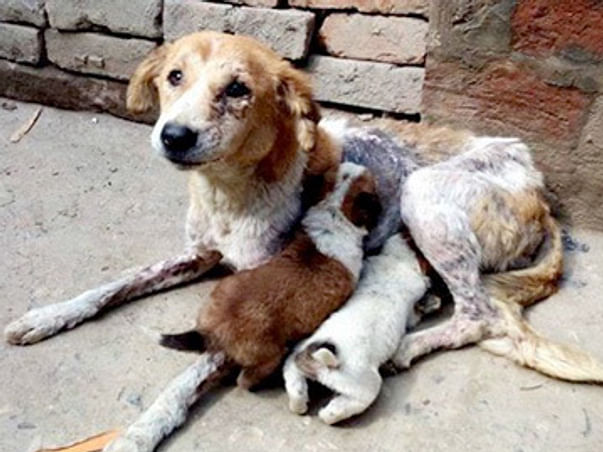 India's street dog population is closely associated with municipal sanitation practices – or neglect thereof. Because these homeless dogs often survive by scavenging rubbish, exposed garbage means more healthy dogs – and more puppies. Ironically, this actually makes the dogs a boon to public sanitation. By scavenging garbage, they reduce perishable waste that could otherwise be a source of contamination for people. And their presence around garbage keeps away other potentially dangerous scavengers, such as rats and mice.Unfortunately, fear and ignorance have led many Indian citizens and officials to see street dogs as nothing but a nuisance and to seek eradication using inhumane methods such as poisoning and beating. But for every dog killed, another typically comes in to take over that dog's territory. The only scientific method to humanely reduce street dog populations is mass spay and neuters, commonly known as animal birth control (ABC).