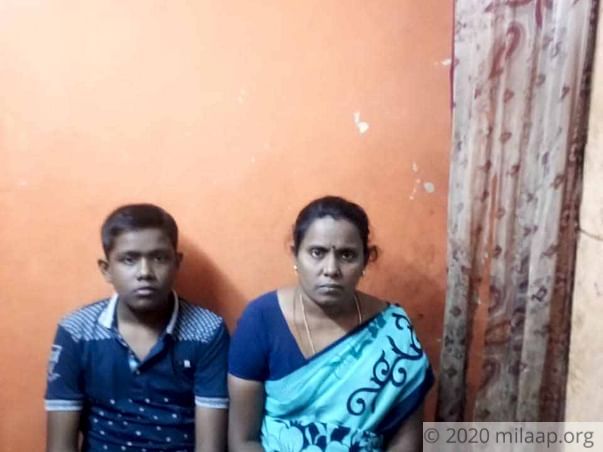 The word that best describes Arokiya Daison is 'joyful'. He is a happy, very active and an extremely strong boy. We might not even realize that he is being treated for cancer. He loves goofing around with his sisters. After their games, he would around the street with his friends. These days he can't step outside for very long, but he has plenty of company to keep him occupied, nurses, doctors, ward boys and the kids like him in the hospital are his best friends now and everyone loves spending time with him. He stays so positive, that’s the way he is. He rarely complains.

14-year-old Arokiya Daison is hopeful that he can fight cancer and give his 10th-grade exams this year. But this poor boy is not aware that his parents cannot afford the chemotherapy which is inevitable for his recovery.

Daison is in 10th grade. He keeps talking about his dreams of becoming a Mechanical Engineering one day. His two older sisters Telisa and Christia are his biggest support. Last September, when he came back from school, he had lumps in his legs which became very painful at the night. His parents took him to a local doctor in their home town Tiruppur, Tamil Nadu. He was given medicines but it did not help him. He looked very tired and did not eat as usual. It was when they took him to a hospital in Coimbatore, that they found that he has T-cell acute lymphoblastic leukaemia, a type of cancer that starts from white blood cells in the bone marrow and can spread to the blood and other parts of the body without treatment.


"At first, I didn’t want to tell him. I didn’t want him worrying about that, he is only 14 years old. But my husband explained to him and said the doctors would help him get better. He looked to his dad for reassurance, he said, “I'm here to get better, right? don't worry Appa, I'll be fine soon." It is his hope that gave us strength to endure this pain." - Mary, Mother.

Daison before the diagnosis with his mother

When Daison's father Sebastin heard the word 'cancer' he was terrified, but he was also thankful that doctors said it is curable. It was incredible that the diagnosis couldn't bring Daison's spirit down. Yet, there are days he struggles through the effects of chemotherapy: nausea, shivering, extreme tiredness and unbearable pain in his legs. Except for those dark days, Daison follows up with everything happening at school. He talks to his friends and teachers over the phone and makes sure that he does not miss any of his lessons.


"He  has finished  3 cycles of chemo and has 4 more cycles. I pray to God every second to not take away his strength and hope. He is so hopeful that he can give his exams. I can't imagine seeing my son living with the fear of death at this age." - Mary, Mother.

Daison's father Sebastin works as a machine operator in a small company and earns a very meagre amount. It became extremely difficult for the family after Daison's diagnosis. His mother stays with him in the hospital and father visits them over the weekends. During the weekdays, he works extra hours so that he can buy all the medicines prescribed for his son.

"I managed all these days by borrowing money from my friends. Now I do not have anything left with me. I need Rs 7 lakh to continue the treatment, I don't know what I can do. My son trusts us, he knows that we will not let him down, I cannot fail him. My only hope is crowdfunding, please help me save my son." - Sebastin.

You can help this boy fight cancer

Arokiya Daison is a very smart, studious boy who spreads happiness to everyone around him. It is very unfortunate that he is battling deadly cancer. He is hopeful of giving his 10th-grade exams this year, but his parents cannot afford to continue the treatment, without which his condition will become worse and can turn fatal too.  Despite the pain and trauma, his confidence is intact, with your help he can fight cancer and live his dreams.

UPI: givetoarokya@yesbankltd (Copy to clipboard)
Or
Click here to read the instructions before you make a bank transfer. 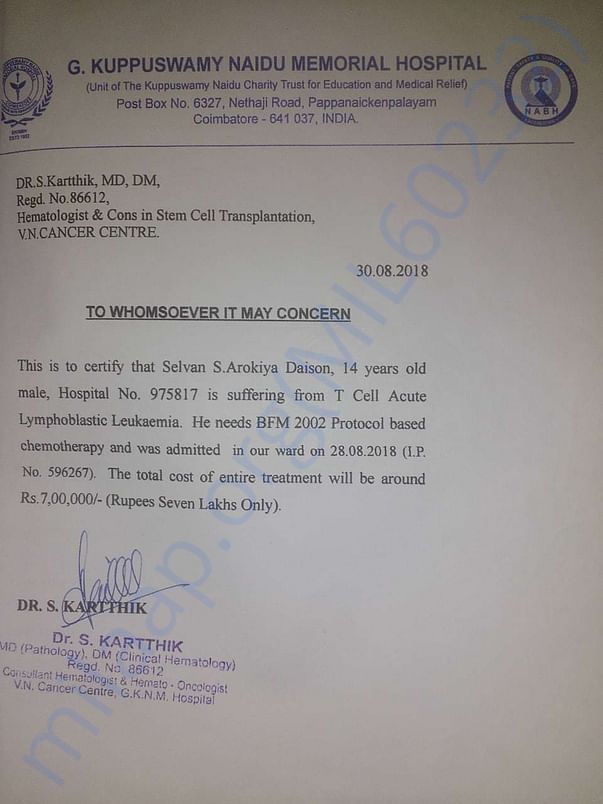 UPI: givetoarokya@yesbankltd (Copy to clipboard)
Or
Click here to read the instructions before you make a bank transfer.

Selvan Arokya is doing ok now. He developed neutropenia and received supportive care for the same. He is on re-induction chemotherapy now and is doing good now.

Report fundraiser
See how thousands are crowdfunding for their causes on Milaap
Rs.25,952 raised 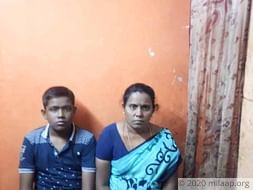