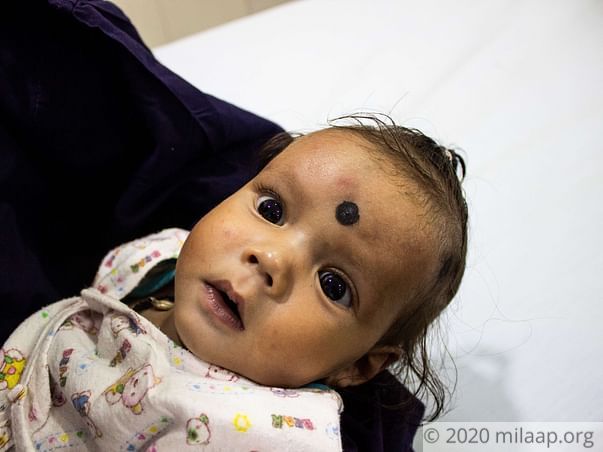 It has been a long time since Sirita has had a good night’s sleep. She keeps awake for the greater part of the night just looking at little Prince - fearing the worst. She can hear her baby’s heart murmur and she is in constant fear that he will stop breathing. Suddenly in the quiet of the night, just when she had fallen asleep, she is woken up by Prince’s frantic screams. He gets breathless and his lips turn blue - it is a horrific experience for a mother to see her baby in this condition. Sirita tries calming him down but everything goes in vain. Episodes like this have been taking place for some time now and they have been rude reminders to Sirita that her baby needs an open heart surgery at the earliest.

Little Prince was 6-months-old when Sirita and her husband noticed that their baby was falling ill every other day - some day it was fever and on other days it was cough and cold. He also had breathing trouble. So, without wasting any more time, they decided to take him to a doctor. The local doctor suspected that the issue was more than that of a common cold. He advised them to take their son to a big city and get him tested.

“We travelled from Uttarakhand to come to Ghaziabad at our brother-in-law’s place. We got the tests done at a bigger hospital and they confirmed that Prince has a major defect in his heart. The doctors told us that the only way he can get better again is by a heart surgery that needs to take place as soon as possible.”  - Sirita

Sirita has been staying alone at her brother-in-law’s place in Ghaziabad for the last one month. Her husband has been unable to leave his job in the village and come to stay with them. Her 8-month-old baby has been diagnosed with a congenital heart defect due to which the main artery of the body, supplying oxygenated blood to the circulatory system, is connected to the right ventricle, and the pulmonary artery is connected to the left ventricle — the opposite of a normal heart's anatomy. As a result of which the body doesn't get the pure blood. There is also an abnormal connection or hole between the lower chambers of the heart leading to a mixing of the pure and impure blood.

An old pic of little Prince

“While the doctors explained to us about Prince’s condition, I kept on worrying about how we will arrange for the surgery. My husband, Vinod and I are daily wage labourers who don’t make more than Rs 250-300 per day. With our meager salary we can’t even think of getting two square meals a day, leave alone arranging a heart surgery for our son. The surgery would cost around Rs 6 lakhs and without help, we would never be able to afford it.”

8-month-old Prince is suffering from a failing heart and is unable to breathe on his own. He needs an open heart surgery as soon as possible but his poor parents are in no condition to arrange for the surgery. Your generous contribution can give Prince a second chance at life.

Your kind support can save little Prince's life 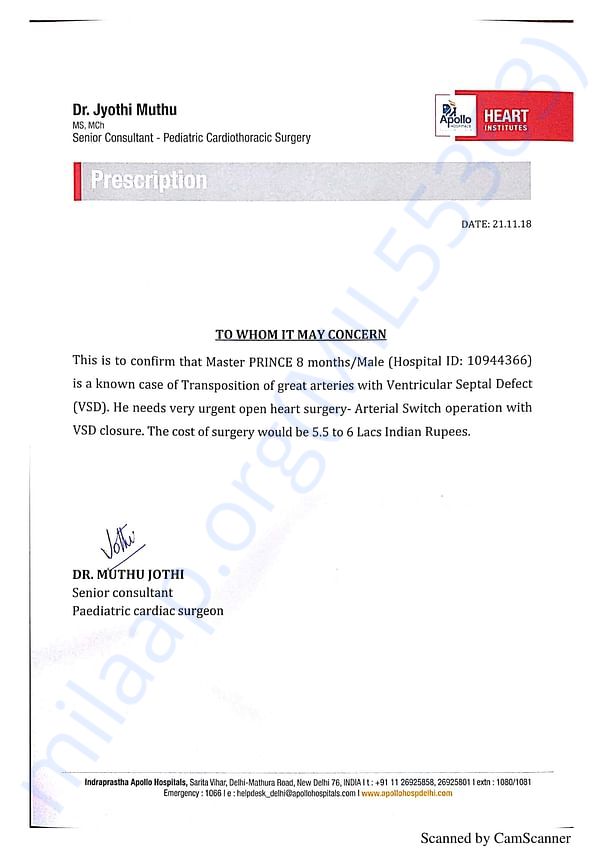 Prince is at home now but he is not doing very well. The doctors say that he should undergo the heart operation as soon as possible and his condition cannot be cured with medicines.

His condition is not getting any better. He is getting weaker by the day and is losing weight as well.

Please pray for his good health and please share the campaign as he needs funds to undergo the operation.

Scan & donate with any app
check_circle_outline Download payment receipt
Report fundraiser
Know someone in need of funds for a medical emergency? Refer to us
Rs.15,940 raised 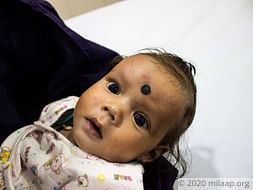