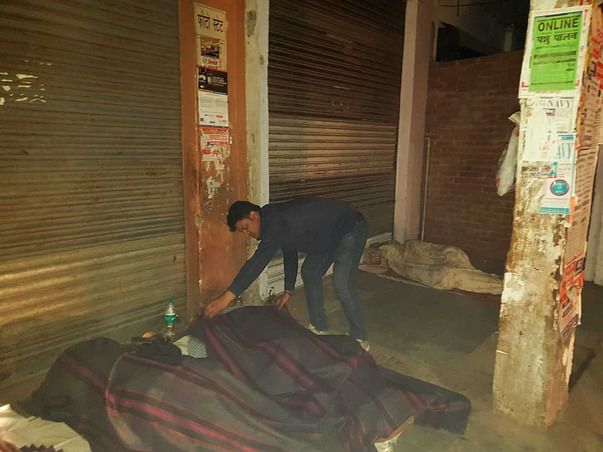 Preeti is a software engineer residing in Hyderabad, she recently went to her Home Town Delhi for spending some time with her family.

On her way to home from Airport she witnessed a lot of people who didn't have house suffering with cold which is a pain even for affluent people like us.

She saw people with no warm clothing and shivering with extreme cold.

Preeti talked to her friends and colleagues and was able to distribute around 100 blankets but that was not enough.


She aims to distribute atleast 500 blankets to these needy people.

Let's welcome this new year with open hands and helping hearts.
Let's make sure that the other Homo Sapiens could survive this harsh cold weather.