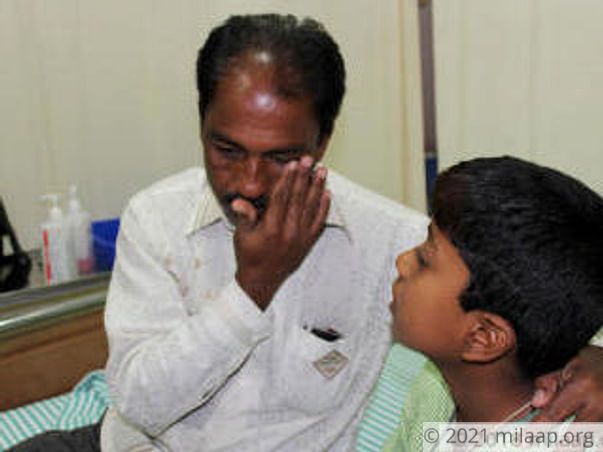 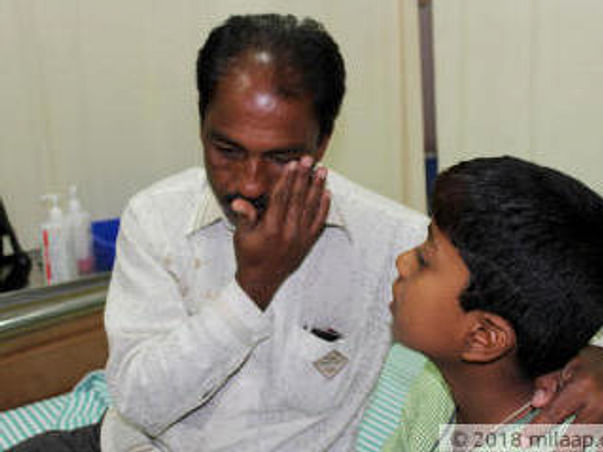 Previous Next
“When my friends fall sick, they get better in a few days with medicines, but why am I only getting sicker appa?” asks the tired 9-year-old as his father Manju holds him closer to assure him that he will be fine. However, behind his calm demeanour, Manju lives in fear. A few months ago, when Manju received a worried phone call from Lohit’s teacher telling him that for days he had avoided playing because he felt weak, he was surprised – it was very unlike his active son. Little did Manju know that his son was fighting an extremely rare and deadly blood disease that was making him weaker by the day. Now, Lohit spends all his time at home, eagerly waiting for the day he will be free from the pain of the disease that has stolen his childhood.

After months of looking for answers about his condition, his dreadful disease was finally diagnosed

For nearly 8 months, Manju and Rukumani took Lohit to different hospitals near Mandya, Karnataka, looking for answers about their son’s deteriorating health, but no one could diagnose his disease.

“We knew we were losing him, and it felt like we couldn’t do anything to help him. We finally took him to Bangalore, it was our only hope. ” – Manju, Father.

In Bangalore, Lohit was diagnosed with paroxysmal nocturnal hemoglobinuria, a blood disease that impairs the production of blood cells by the bone marrow and destructs red blood cells which cause premature death. This disease affects between one and five per million. He also has myelodysplastic syndrome, a group of rare disorders that impairs the production of healthy cells.

Lohit can be saved with a bone marrow transplant, but his parents can’t afford it

Ever since his diagnosis, Lohit has been going for checkups every week. He hasn’t been able to go to school in 4 months now because he’s extremely susceptible to infections and is too weak to do anything. His disease is extremely progressive and degenerative. However, Lohit can be saved if he gets a bone marrow transplant in time. His younger sister, Yojana (4), is a matched donor, but affording 14 lakhs is beyond his helpless parents’ means.

“Two years ago, I opened a small tea stall near the busiest road in our village. But It’s a very small place and not a lot of people live there. Even if I sell 100 cups of tea and coffee in a day, I will not be able to afford my son’s treatment.”

Manju and Rukumani come from a humble background. He set up his tea stall after much difficulty. Now, he tries and works overtime to save for Lohit’s treatment, but even that isn't enough. While there is hope for Lohit, his parents don't have the resources to save him.

Lohit’s only wish is to go back to school and play with his friends. He’s too young to understand the implications of his disease and Manju is too afraid to tell him. Manju has done all he could to try and save for the bone marrow transplant that can save Lohit, but he’s falling short. Lohit’s sister is a matched donor. He now needs your help to fight his life-threatening blood disease. 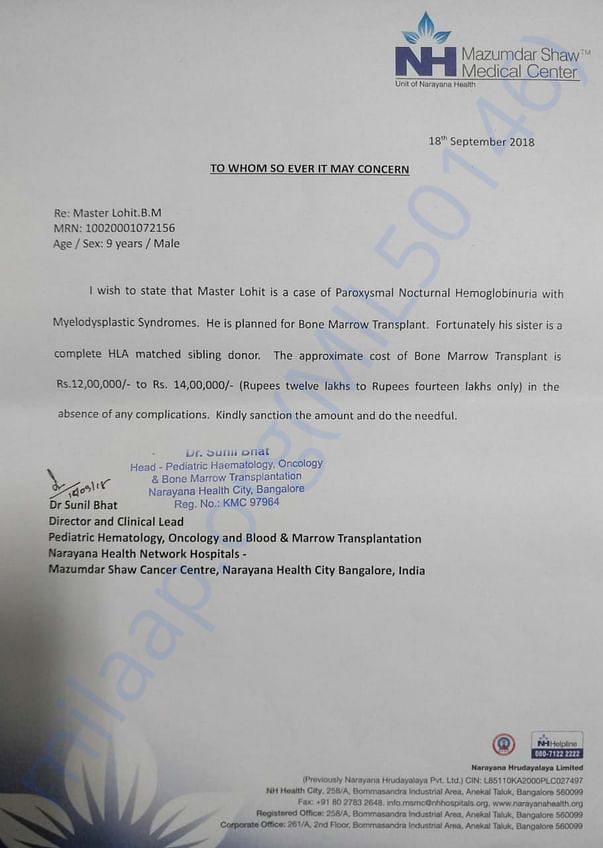 Lohit was suffering from Aplastic anemia, for which he underwent he underwent Bone Marrow Transplant with his sister as a matched donor. He  is still having severe thrombocytopenia and decreased RBC production. Hence, he may need a medicine used to boost the marrow and also prolonged stay in the hospital for supportive care.

Please find attached letter given by the hospital.

Lohit is admitted in the hospital. His white blood cell count has improved. He underwent his chemotherapy and has no side effects. On his next visit to hospital, doctor will decide a date for Bone Marrow Transplant. We shall keep you posted.

Thank you for the love and support!

We are currently taking Lohith to the hospital for treatment. He will be admitted in the next few days. His white blood cell count has dropped. We are presently awaiting test results to decide future course of treatment.

Please continue sharing his campaign with your friends and family and keep our child in your prayers!

Scan & donate with any app
check_circle_outline Download payment receipt
Report fundraiser
Know someone in need of funds for a medical emergency? Refer to us
Rs.204,644 raised

You are fine. You will gain health in a while don't worry

A
Anonymous donated $100
View all supporters

You are fine. You will gain health in a while don't worry 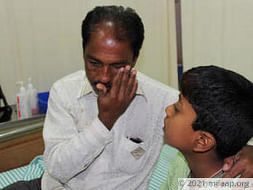