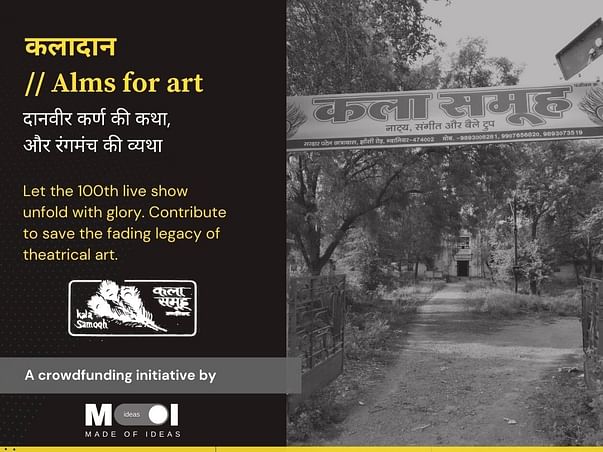 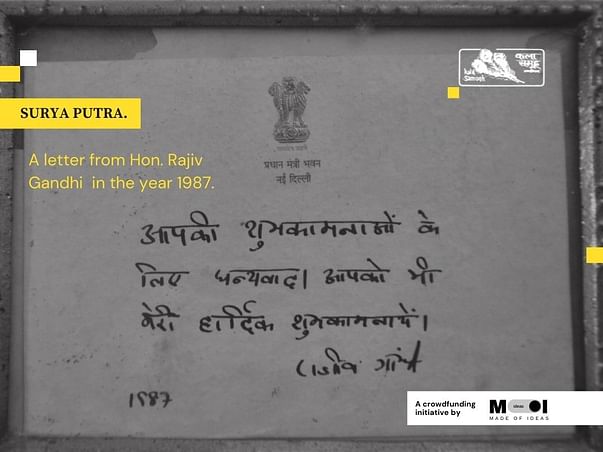 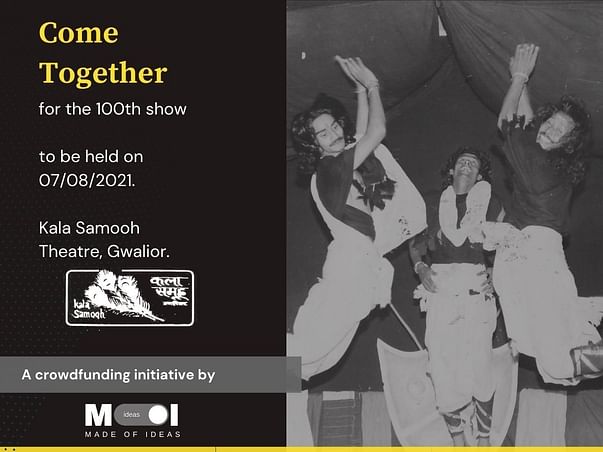 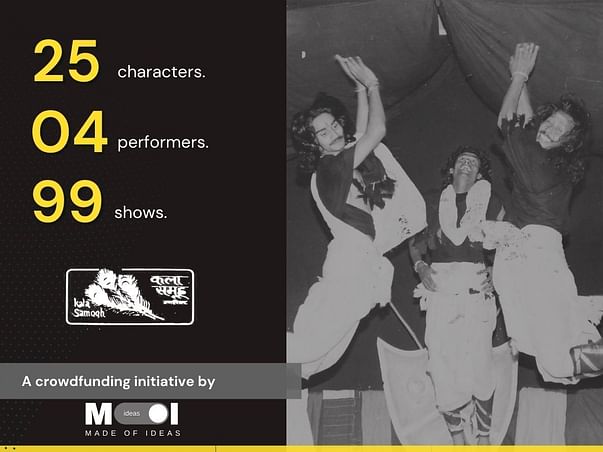 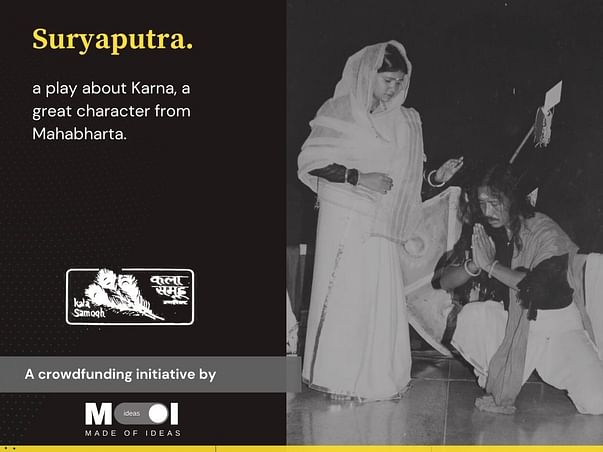 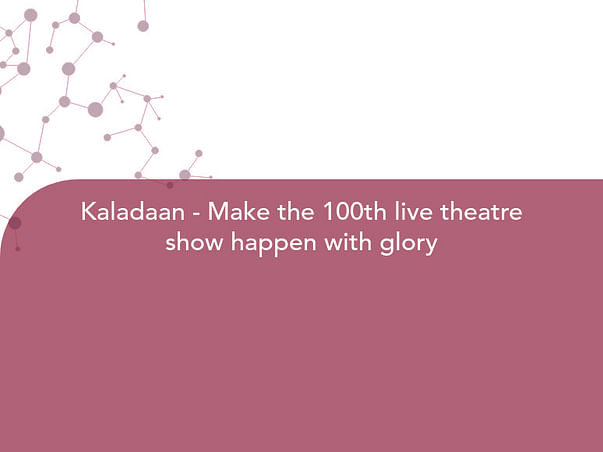 This crowdfunding campaign has been set up to raise money for the 100th show of the play 'Suryaputra' which will be held on 7th August, 2021. 'Suryaputra' is a story based on the life of one of the most loved characters from the Indian epic Mahabharata - Karna. The play has been performed 99 times across various stages in India. It is going to be played one last time by Maharaj Kumar Hojai Gambhasingh (Dada) and Raghvendra Da (performers who have been playing Karna and Krishna from the inception of the play). Lend them your support to set the deserved stage.

'Suryaputra' is based on a well-known Marathi novel 'Mrityunjay' written by veteran writer Shivaji Sawant. The novel was adapted into a Hindi play by Sahitya Akademi Award Winner poet Rajesh Joshi.

The present play 'Suryaputra' is a shorter and stylised version of Rajesh Joshi's adaptation of the celebrated Marathi classic. 'Suryaputra' revolves around Karna, one of the greatest characters from the epic Mahabharata. On one hand it expresses the big and small conflicts of human life, on the other it underlines different aspects and values of humanity. It also very subtly portrays the horrors of war and the relativity of contemporary truths.

This eternal story with layers and layers of embedded meanings is presented in the play with the help of only four artists who play multiple roles. They bring out various shades and meanings of Karna's life and its multifarious contemporary relevance.

When the play was in the cradle it got popular by the name 'Mrityunjaya' and was played by 25 different artists. With such  a large crew came it's own set of problems, both Dada and Indraneel Kaul sat down together and after rigorous scrutiny narrowed down the play, it then became Suryaputra with a cast of four performers. These four performers played 25 different characters and continue to do so.

The play has been performed on numerous national stages including Viraasat Festival (Dehradun), has undoubtedly mesmerised the audience wherever performed and has won several prizes including acclamation from former Prime Minister Rajeev Gandhi. The play was invited for a performance at Bharat Rang Mahotsava (National School of Drama, New Delhi)  but due to some unfortunate circumstances that opportunity was missed.

One of the central attractions of the play is the unfolding of martial art scenes performed by DADA himself. To an observer off stage DADA might seem feeble, but once he gets on stage he leaves everyone in awe of his stamina. It's a topic of wonder how he pulls it off so graciously. This is what he has to say.

As mentioned the play has been played 99 times, and aspires to complete its century. Similar to the sages of ancient India who devoted every breath of their being for the understanding of ultimate reality, the two having similar love for the art of theatrics devoted there whole life for the perfection of this one play. Both of them always dreamt of performing the 100th play with a setting this incredible sequence deserves.

Already fading support of the government came to a halt once the pandemic hit so did the preparation for the play.

Suryaputra Karna despite being Born to a princess never got to enjoy the pleasures of a palace, similar is the story of Maharajkumar Hojai gamba singh (DADA) artist playing the protagonist  born to the last ruler of ruler of Manipur but never got to enjoy the delicacies of a palace. His mother being a nrityangana (dancer)  in the courtyard of king was a very famous artist of her time and place, in her vicinity he grew fascinated by different art forms defying the societal pressure he devoted his life for the art form of theatre.

Without your help this endeavor will not come to fruition.
To all the patrons of art out there, help us turn this from a story of helplessness to a story of artistic triumph, pledge to contribute to the saadhna of these phenomenal artists.

Take a step forward to keep the spirit of indigenous art alive.