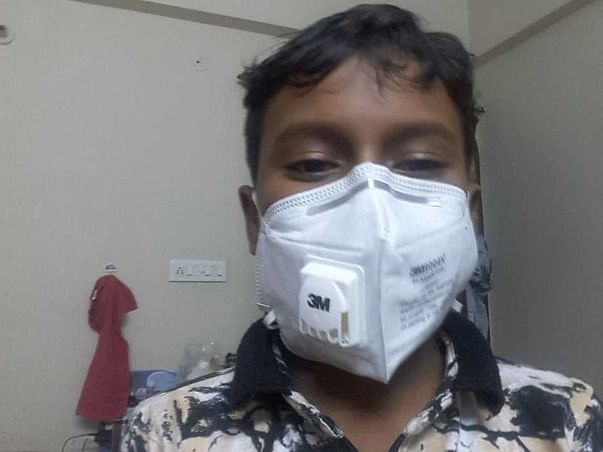 Share
11-year-old Daksh always lived life according to a schedule: his parents, Anil Kumar and Jyoti had his whole day planned out in advance – right from the time he woke up till he went to bed at night. They would keep a close watch on his activities and even ask his teachers at school to monitor him. His parents enforced this kind of discipline not because they were strict in any sense, but because their child suffers from a severe blood disease called thalassemia, where the body produces an inadequate amount of hemoglobin (the protein that carries oxygen throughout the body). He had to have medicines twice a day at specific times without fail or his blood levels would drop dangerously. But the most painful part – he had also been undergoing blood transfusions every 15 days as a ritual.

“Over time, Daksh got used to his schedule and the pain and discomfort of the needles during transfusions, but his disease was disrupting his life. He is an active child who was taking dance and guitar lessons, but many a time he wouldn’t be able to even get up from the bed due to weakness. Even if he strongly willed to do something, his body would give up on him on most days. Added to this, we were told that regular transfusions can also cause iron deposition in his soft organs. We want him to get a release from this restricted life.”-Anil Kumar, father.

‘We believed he would finally be healthy, but we almost ended up losing him'

Daksh underwent a bone marrow transplant last month. The prep before the transplant itself took a toll on this little boy. “He had to stop going to school for 2 months prior to the procedure. He missed his lessons and friends badly - every day he had some test or the other. His life had become restricted to the four walls of the hospital, but we were determined to do anything to save him permanently from his disease,” says Anil Kumar. The transplant was deemed a success at first, but unfortunately, he ended up in a life-and-death situation due to a post-transplant complication that badly affected his lungs, liver and kidneys. He had to be given medicines, 300 mg of which cost 3 lakh rupees. “He would scream in discomfort at that point. His bloodshot eyes reflected his suffering.  He had stopped eating and sleeping altogether – we thought we lost him – but being the fighter he is, he still held on.” adds Anil.

Daksh with his sister Rudvika: an old photo

Daksh can lead a normal life, but he needs a second transplant urgently

“From 9 months of age, my poor child has been leading a life of discomfort. He had become used to it, but we could never see one of our children suffer while the other (3-year-old daughter Rudvika) lead a healthy life. Despite getting a chance to beat this disease once and for all, fate was against him,” says Daksh’s mother Jyoti who has been inconsolable since she got the news that her son’s first bone marrow transplant was a failure. Daksh’s body is now covered in patches and he does not look like the cheerful 11-year-old he was before the surgery.

But all hope is not lost for Daksh and his family. He still has chances of beating thalassemia once and for all with a second transplant.

‘Everybody we know has already helped us, we cannot arrange such a huge amount now’

Anil works in the electricity board in Alwar, Rajasthan. Despite earning a modest income of Rs 20,000 he used to struggle to pay for his son Daksh’s regular blood transfusions. He had to take monetary help from friends and relatives to afford his first bone marrow transplant as well. But now, Daksh needs a second transplant, and Anil has already exhausted all his resources. “Everybody who knows our plight has already helped us in the best of their capacity. We have no one to turn to for help now as all my savings is also gone,” laments Anil.

Daksh can get his smile back with your kind help

11-year-old Daksh is suffering from thalassemia, a severe blood disease which results in abnormal production of hemoglobin in the body. He has become accustomed to a restricted life of needles and medicines since he was a small baby. His parents want to liberate him from all that and give him a ‘normal’ life as he was an active child who loved going to school and even took dance and guitar lessons.

With your kind contribution, Daksh may finally be able to lead a normal life