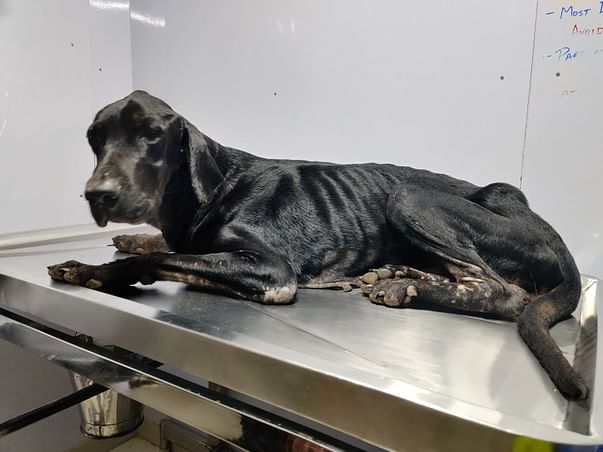 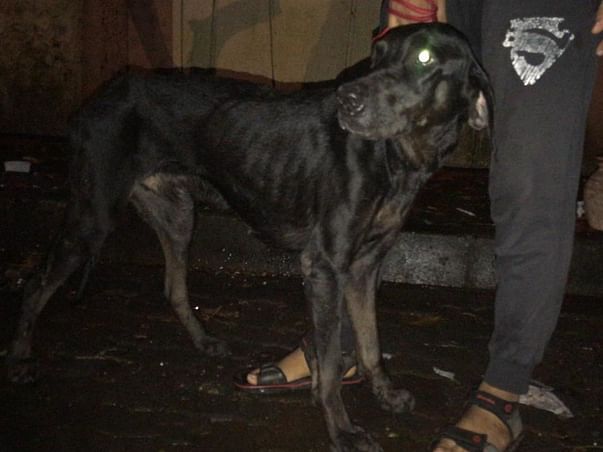 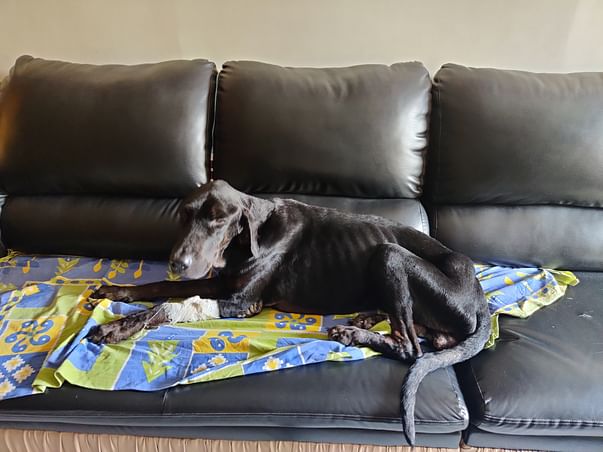 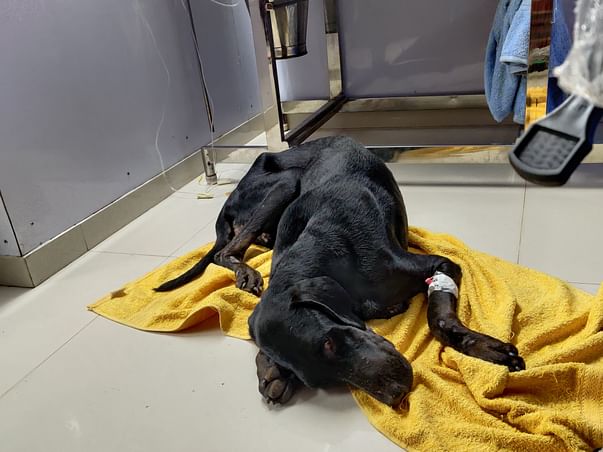 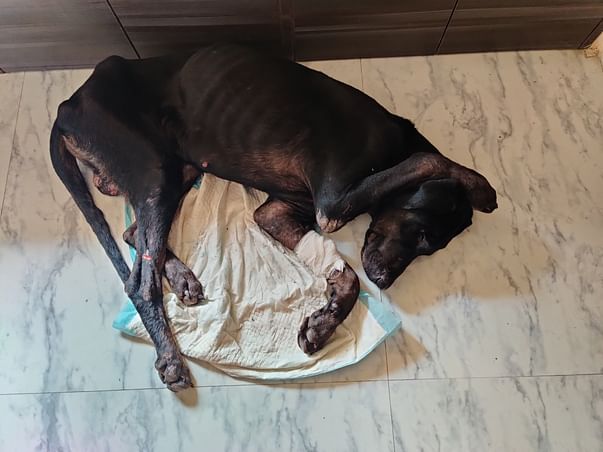 Share
On 30th of August, we got a call from Mulund East, Mumbai. There was a dog who looked like a pet sitting in an auto. The auto was surrounded by barking dogs and the dog inside looked scared. We asked the caller to try and feed him but the dog was scared and wouldn't budge. Two of our team members reached the spot, after giving him some wet food Jacky came out of the auto.

Initially we thought it was a Labrador but once he came out we figured he is a severely malnourished and dehydrated Great Dane.

We managed to arrange the foster at midnight, he puked out all the wet food he had earlier and pooped blood.
After keeping him on IV fluids for multiple days, his poop was normal but the vomiting wouldn't stop even after 2 weeks.

Later on, Jacky was taken for Ultrasound and X-ray in which it was found out that he has a condition called Megaesophagus.

In this condition, the esophagus (food pipe) is dilated (enlarged in size) and loses it's motility (ability to move) which causes regurgitation, which meant the food, even before reaching the stomach is thrown out. Although Jacky really wants to eat food he's not able to retain it and pukes it all out which makes him drained out on energy and causes him pain. Due to this condition there's no muscle retention in his body. Since he couldn't be given oral meds he had to be given IV fluids on a daily basis.

Once we are able to help Jacky recover to an extent, he needs to be fed a certain amount of food so that his weight reaches a certain point as per his breed and age. Also the condition that he has is something that he'll be having for the rest of his life. He needs to be given utmost care and his feeding, medicines all needs to be managed well.

The daily cost of taking care of Jacky goes to around Rs.2000 for food, medication and IV and it may take Jacky atleast a couple of months to recover.

Inspite of everything that he goes through he's the most calm and patient fellow who just wants to be loved and give love to everyone he meets. We request each and every person to help us make this beautiful and extremely calm dog happy & healthy again.

If you wish to know more about Jacky or would like to meet him, contact us on +919324610601 or capfoundationmumbai@gmail.com