This 42 Years Old Needs Your Support In Fighting Endometrial Cancer | Milaap
This campaign has stopped and can no longer accept donations.
Milaap will not charge any fee on your donation to this campaign.

This 42 Years Old Needs Your Support In Fighting Endometrial Cancer 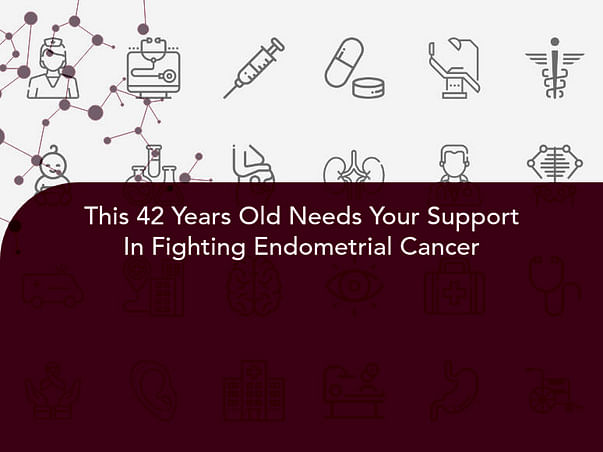 Aysha (42 Female) has been continuously under treatment from August 2018 when she experienced excessive bleeding and subsequently, it was diagnosed as Cancer – the endometrium.
In Aug 2018 she underwent a medical examination after she experienced excessive and continuous bleeding. A large vascular mass was found in the uterus through an ultrasound scan. She was advised hysterectomy  by renowned Gynecologist Dr. Jaypal Johnson. Hysterectomy was conducted through a laparoscopic process in 2018 and the procedure went on uneventful.  However, the biopsy report showed the growth was cancerous and hence urgent treatment was required. The report also hinted that cancer might have spread outside the uterus.
Subsequently, she consulted Christian Medical College Vellore (CMC – Vellore), Biopsy tests were repeated and also another test including a CT Scan was conducted. The diagnosis was that it's on 3rd stage.
The course of treatment recommended included:
1. A completion surgery to remove ovaries and lymph nodes that had cancerous tumors.
2. A full course of 4 chemotherapies and
3. A full course of radiations.
The completion surgery was only partially successful as one of the lymph nodes with tumors was stuck to the main artery and the artery was damaged while attempting to remove the tumor. Subsequently, the dosage of chemotherapies was increased to 6  and radiations were also re-planned.
The course of chemotherapies, radiations and internal radiations were completed in June 2019. She has advised reviews every 2 months. During this course, she had a problem with a perianal abscess which arose from the side effects of chemotherapy and was treated.
The review in August was normal, However, before the next scheduled review in September 2019, Aysha started experiencing acute pain. Subsequently, she underwent examinations first in Kerala and then at CMC Vellore (CT and PET scans).
The results showed that the tumor that could not be removed in the surgery had grown from 10 mm in June to 40mm by September. In consultation with various departments in CMC, the following course of treatments was recommended in October 2019:1. Three doses of chemotherapy in Nov and Dec 2019.2.A surgery on  Jan to try to remove the tumor through a team of doctors from various specialties .
As on date, Aysha has completed 3 courses of chemotherapies and is waiting for surgery. During this course also she has faced a problem of fissure and abscess 2 times and had to be admitted for surgical procedures. (Incision and drainage – of puss/ infection).
The treatment has cost so far approximately 35 lakhs including 2 major surgeries, 3 minor surgeries, 9 doses of chemotherapy, 2 doses of internal radiation, 28 days of external radiation and associated tests/ scans/ x-rays and medicines and hospital admissions. The insurance company has reimbursed only approximately Rs.35,000 so far and the rest of the claims have been rejected based on the suspicion that the disease pre-existed their insurance policy. The rest of it is still disputed policy as such covers only a maximum of 3 Lakhs per year.
The surgery in January last week is expected to cost around 5 -6 lakhs. The subsequent course of treatment will be based on the outcome/ success of the surgery.

Scan & donate with any app
check_circle_outline Download payment receipt
Report fundraiser
Know someone in need of funds for a medical emergency? Refer to us
Rs.250,527 raised

I command healing in Jesus mighty name. Amen. Every sickness will have to bow down in Jesus name. Amen

I command healing in Jesus mighty name. Amen. Every sickness will have to bow down in Jesus name. Amen

You are sending a message to
Vinay
Go back 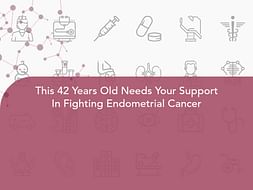 This 42 Years Old Needs Your Support In Fighting Endometrial Cancer