Sufiyan Is Lying Unconscious With A Failing Heart, Needs Urgent Help | Milaap
This is a supporting campaign. Contributions made to this campaign will go towards the main campaign.
This campaign has stopped and can no longer accept donations. 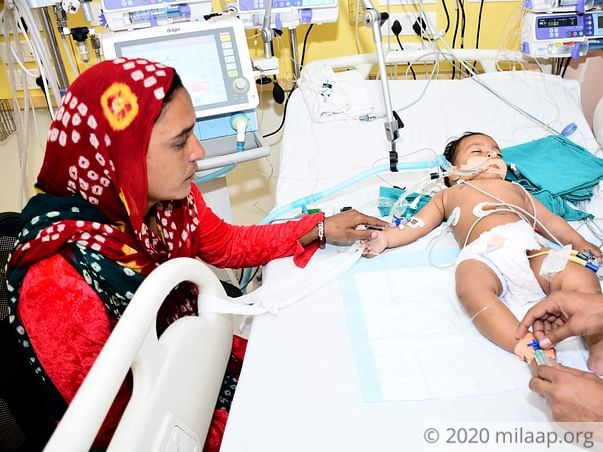 Little Sufiyan (11 months) was running a high temperature that morning when Hamid was getting ready for work on a cold December morning. His wife, Sitara, seemed worried and so, Hamid thought it was best that they took the baby to a doctor. The doctor gave Sufiyan medicines and Hamid felt a little relieved. He hoped that his son would be better and hence decided to go to work. But later  that day, Hamid got a frantic call from Sitara. ‘Sufiyan can’t breathe. Please come home fast, he needs to go to the hospital’ - Sitara’s words were ringing in Hamid’s ears as he was rushing back home.

Seeing how severe Sufiyan’s breathing trouble was, Sitara and Hamid didn’t waste any more time. The little baby was gasping for breath and the sight was horrible for the parents. The ambulance ride seemed to be the longest journey that they had made. All the while they were worrying about Sufiyan’s health - afraid what would happen if he stopped breathing.

“The doctors immediately admitted Sufiyan in the ICU and said that he needed ventilator support. As I saw my baby being taken away from me, I couldn’t help but feel fear. I started wondering when I would hold him in my arms again,look at his sweet little face and listen to his childish babble."

Hamid and Sitara are waiting anxiously outside the PICU, hoping for the doctors to tell them that their son has opened his eyes. They haven't been able to sleep even for a day. The only time both of them have closed their eyes is to pray for Sufiyan in the dargah near to the hospital.

“Our baby hasn’t even looked at us once, how can we think about eating and sleeping? The doctors are telling us that he needs to stay in the hospital for long but how I will afford that?”

Sufiyan has always been a healthy baby and being the youngest son, he was the center of attraction. But in a turn of fate, he is now lying down in the hospital bed, unconscious. He has had seizures and is unable to breathe on his own. Not only that, he has also been diagnosed of myocarditis - a viral infection that leads to the inflammation of the middle layer of the heart wall. As a result, blood is not being pumped into his body properly. He needs to stay in the PICU to recover fully from these conditions. But with Hamid’s bus driver salary, he is not in a condition to afford the treatment that would cost them Rs 5 lakhs.

“We have already spent about a lakh on the treatment. My relatives have helped me but now even they are out of money. I feel helpless and angry that I am unable to do anything for my son.”

A bus driver by profession, Hamid is not in a condition to continue his son’s treatment. He is afraid that he might lose him to the disease but your help can bring a smile on their faces. A small contribution from your side can give little Sufiyan a new life.
Estimation letter 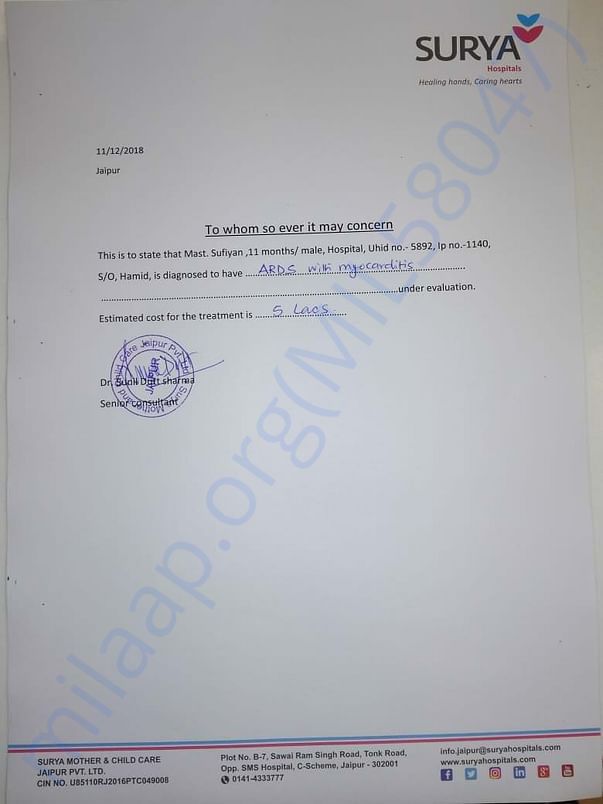 Sufiyan is home and doing well. Sharing a recent picture of his.
Thank you all for the wonderful support.

Sufiyan's condition improved and he has been discharged from the hospital. He is at home now, under medications and is doing well.

Thank you all for coming forward to help him.

Thank you for your love ans support.

I am really happy to inform that Sufiyan is taking discharge now. He is doing well and is going back home.

Thank you all for coming forward and supporting him. 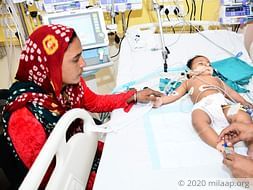