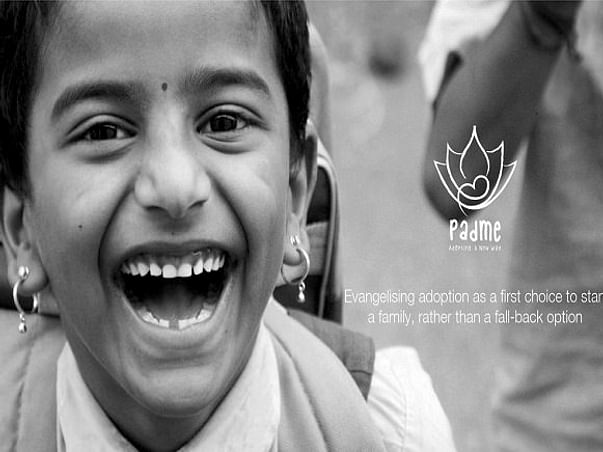 Why I started Padme
Our children brought joy and happiness into our lives and I have always thought that it was important to share our journey, hoping it would inspire other parents to not think of adoption as a fall-back option but view it as an alternate way to start a family.
I would often speak to potential and newly adoptive parents on approaching adoption the right way. I volunteered at an adoption agency, which gave me an inkling about the areas that I would like to contribute to in adoption.
Sometime last year, I read that there were around 15,000 prospective parents in India and only 1,800-2,000 children up for adoption. According to CARA (Central Adoption Resource Authority), only 3210 in-country adoptions and 578 inter-country adoptions took place in 2016-17, is. I can’t imagine why a country like ours, has such a small number of children for adoption.
The state of adoption in India
A UNICEF study (2007) concluded there are about 25 million orphaned children in India. According to a study conducted by the Mumbai-based non-profit Catalysts for Social Action (CSA), an estimated 500,000 of them are in childcare institutions. The rest are “outside the system”.
Even among the 500.000 orphans in institutions, the number of children who are adopted is less than 3500 in a year. There is a dire need for more of these children to find loving, nurturing homes.
For this to happen, there has to be a two-pronged approach:
(i) motivate more parents to think about adoption as an option,
(ii) give these parents enough information and support to help them through their journey raising their children.
That’s where Padme comes in
Padme aims to open minds and hearts by bringing together critical stakeholders on a common platform.
Padme is a comprehensive resource platform that will bridge the gap between the current situation and adopting a new mindset on adoption. We work towards demystifying adoption and help mitigate social conditioning that stigmatises adoption which sometimes hampers the decision-making process.
Our intended takeaway is to make the whole adoption experience less overwhelming, and have a more balanced approach while tackling concerns arising out of adoption.
Padme works towards changing views and attitudes on adoption - including clearing myths and misconceptions - especially among those who are not directly connected with adoption. The goal is to build awareness towards expanding people's minds to be more inclusive and to consider broader options with the end goal of popularising adoption.
Why we need the funding
The first step in Padme’s journey has taken shape in www.padme.in. The site demonstrates some of the areas we would like to cover in terms of information as well as the stakeholders.
The current site is based on an existing design template. But to be truly impactful and carry out Padme’s vision to its fullest potential, many more features need to be added. That requires a custom design and build, along with a large amount of content, which is what the largest component of the funds raised will be spent on.
Website design and build Rs.400,000
Content creation Rs.100,000
Technology costs Rs.80,000.
Promotional costs (Building awareness via online media) Rs.250,000
The second part of Padme’s mission involves spreading adoption education among the various stakeholders – educationists, paediatricians, counsellors, special educators, nutritionists and the legal community. Padme aims to hold workshops and seminars to sensitise and update information among these critical stakeholders in the adoption ecosystem. Organising these events is the other critical outflow planned by Padme.
3 events at Rs.50,000 each – Rs.150,000.

What www.padme.in aims to do 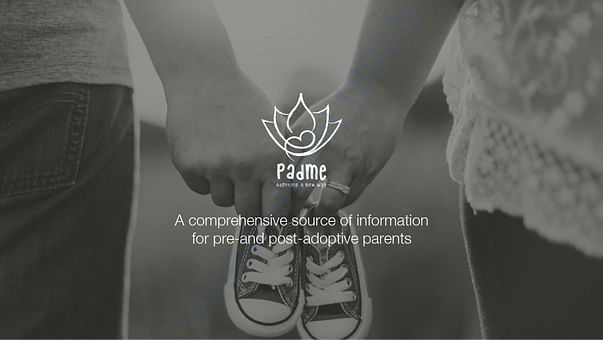 What www.padme.in aims to do 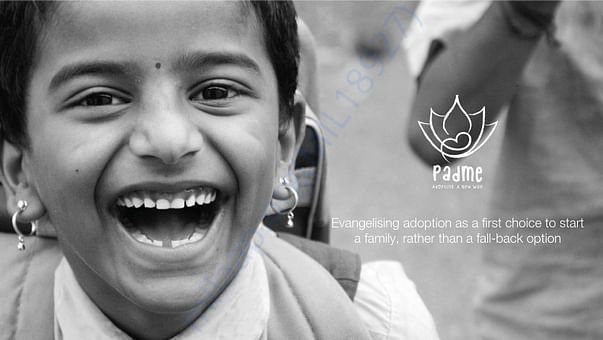 Thank you for your continued support!

Padme has completed 2 years on August 15, and the journey has been an incredible and an enriching one so far.

A panel discussion was organized on Attitudes To Adoption: Public conversations and Privacy issues

Concept Note
While attitudes to #adoption are largely dictated by prevailing #family and #societalnorms, these are in turn shaped by depictions of adoption in #publicspaces, including the #news #media, #cinema, and to a certain extent, conversations within the #adoptioncommunity, especially in support groups.
This conversation is the need of the hour as it is imperative to bring this discourse on drawing #boundaries around adoption in #public and #privatespace

This was well attended by the stakeholders in the adoption ecosystem.

Hoping to have your continued support in the coming years.

Thank you once again

Some snapshots of the panel discussion

Every drop counts!
Thank you for your love and support towards Padme.

Thank you for your support and generous contribution to our efforts in bridging gaps in the adoption ecosystem in India. We have received enormous support from our stakeholders since we launched Padme a year and a half ago.

To realise our vision and mission in becoming the one-stop destination for adoption in India, and for our work to reach the grassroots and endure in the long run, sustained efforts and funding is required.To this end, we were advised to register Padme as a trust.

It gives me great pleasure to inform you that Padme has been registered as the Padme Foundation to expand and broaden our scope of work in the field of adoption.

The objectives of the trust has been established without any distinction as to colour, caste, colour,race, religion, or gender

The Padme Foundation has also applied for tax exempt status and the application is in progress. We will inform you as soon as we receive it.  We look forward to your continued generosity and support in continuing our mission of making a significant difference in the adoption space.

March 2018
Load more
Donate
Report fundraiser
See how thousands are crowdfunding for their causes on Milaap
Content Disclaimer: The information and opinions, expressed in this fundraiser page are those of the campaign organiser or users, and not Milaap.
If such claims are found to be not true, Milaap, in its sole discretion, has the right to stop the fundraiser, and refund donations to respective donors.

All the best Gayathri and Avva ! God bless .

All the best Gayathri and Avva ! God bless .

A
You are sending a message to
Gayatri Abraham
Go back 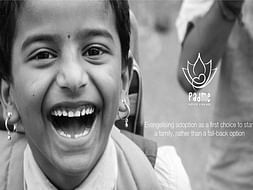