Support Saju Talukdar to distribute new and warm clothes | Milaap
This is a supporting campaign. Contributions made to this campaign will go towards the main campaign. 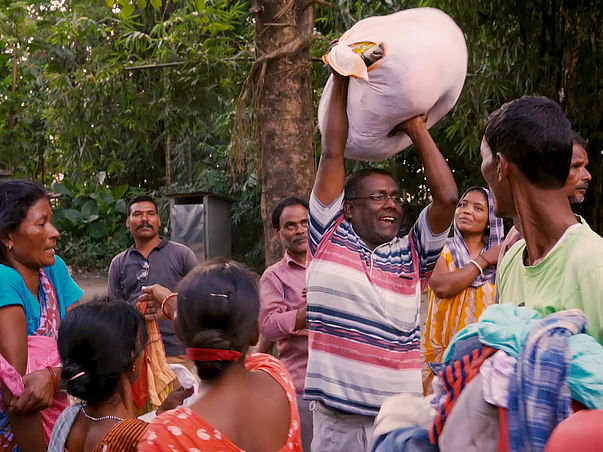 Please support Saju Talukdar to fulfil his dream of distributing new clothes to the ones who need them the most.

(Saju’s four-wheeler, which was his means to a livelihood and to distribute clothes, recently met with an accident in February, 2019 and was damaged quite extensively. “I was on the way to get clothes from Siliguri and had an accident. I had bought the car with help of a loan in 2015. Due to financial crisis, I couldn’t pay the insurance costs and now the car is lying at a police station on the highway. I do not get it home because it has no use now and it will make me really sad. I had to ask my elder son to drop out of college and start working so that we can sustain ourselves.” says Saju. Saju’s son left his 2nd year college studies and today works as Amazon delivery guy in the nearby town. Saju wants to put him back in college once the financial condition of the family becomes stable. If he gets the funds to buy a car then he can go back to work as a taxi driver.)

UPI: givetomlpsajutaluk1@yesbankltd (Copy to clipboard)
Or
Click here to read the instructions before you make a bank transfer.

Report fundraiser
See how thousands are crowdfunding for their causes on Milaap
Content Disclaimer: The facts and opinions, expressed in this fundraiser page are those of the campaign organiser or users, and not Milaap.
Rs.4,502 raised

Donated to this campaign via Paytm? Click here if you can’t find your donation listed below.
AC
Anish donated Rs.1,000

My best wishes to Saju. Keep the good work

Donated to this campaign via Paytm? Click here if you can’t find your donation listed below.
AC
Anish donated Rs.1,000

My best wishes to Saju. Keep the good work

NM
You are sending a message to
Nikita Mandal
Go back 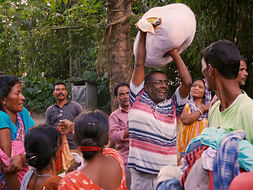