Our Son Will Take His Last Breath If He Does Not Get A Heart Surgery | Milaap
This is a supporting campaign. Contributions made to this campaign will go towards the main campaign.
Milaap will not charge any fee on your donation to this campaign. 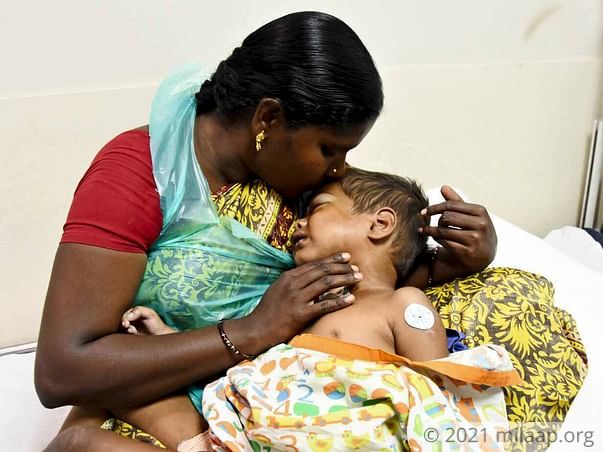 Akash’s favourite place in the world is his mother’s lap, and for good reason. When he is breathless and almost fainting from exertion due to a congenital heart defect, it is only there he finds solace. His mother, Shanthi, makes sure that she holds her son close every time he comes to her for comfort. 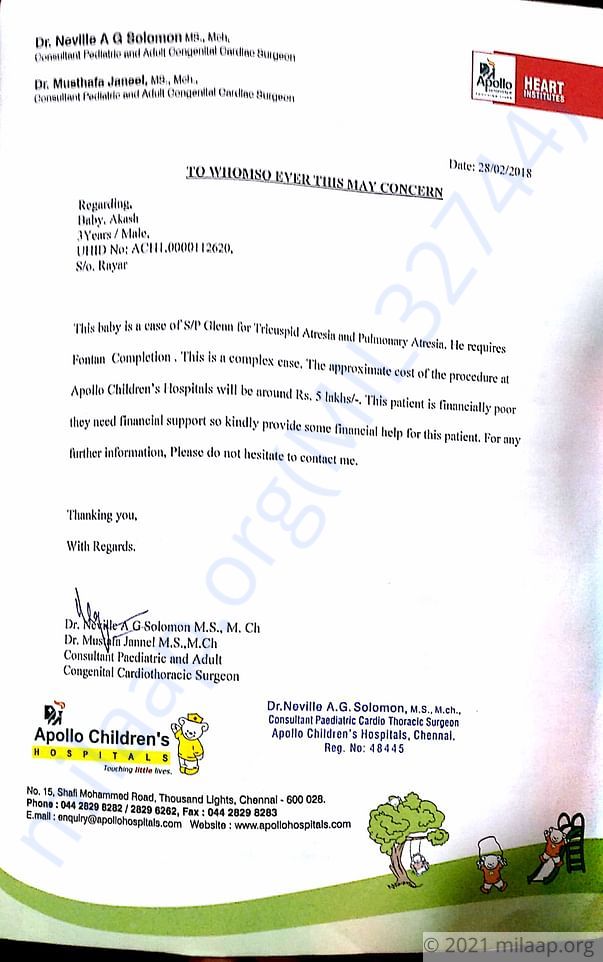 Akash is doing good and is stable. He is at home and visits hospital for his regular check ups. Here are few recent photos of Akash.

it gives us immense pleasure in informing you all that Akash has been discharged and is now doing well. He has been advised medication and will continue to be on medication until advised otherwise. He will be on regular follow-ups so the doctors can observe his growth closely.

Thank you everyone once again!

He had undergone first stage surgery with us as a 3 month old. He had developed pulmonary arteriovenous malformations and that was turning him blue.

We decided to take him for a complex surgery called completion Fontan. Due to his poor pre-operative condition,  there was every possibility the child could crash after surgery.

We skillfully executed the Fontan procedure. The child was very sick after the procedure with very low oxygenation.  There were times we thought we had lost him.

Due to the determined efforts of our team consisting of surgeons, cardiologists, anaesthetists, intensivists, paramedical staff and nurses and utilising high tech gadgetry like nitric oxide, we were able to pull little Akash through after several brushes with death and playing a game of cat and mouse with getting him off the ventilator.

It was a proud and satisfying moment for the teams at Apollo Children's Hospital,  Chennai and MILAAP when Akash was able to go home.

m
You are sending a message to
monika.krishna333
Go back 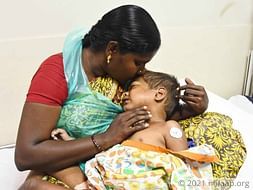