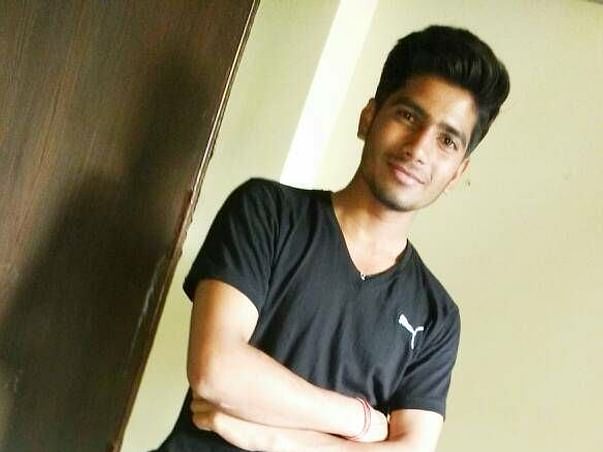 What is this initiative ?
Hi, this is Akash Singh from Jewar, a small town in Greater Noida. I am 17 years old,And i am study in government polytechenical manesar Gurgaon (Haryana) .
About my background, my father is a farmer and my mother is a house wife, we have two siblings My elder sister and me.
For this project i have devoted a time of 2 years and three times modified the project . But during this period i face various types of hurdles financial problems, tools, materials and i have not ant workshop so i do work in different places. And testing of project is also a difficult task because we have not any personal vehicle.


Akash needs to build his workshop to work on his invention more. It has been identified by the Railway Ministry and will soon be deployed to be tested on Indian trains.

Here is Akash Singh's story as seen in The Better India:(http://www.thebetterindia.com/73862/farmers-son-invents-machine-harness-wind-energy-generated-by-moving-vehicles/)

17-year-old Akash Singh is a student of Government Polytechnic College in Manesar, Gurgaon. He had always enjoyed travelling by train, standing in the doorway, feeling the wind in his hair. While he loved the experience, he would also wonder about the tremendous energy the wind possesses and if there’s a way to utilise the sheer force of it.
A curious mind and an idea suddenly came together, and Akash worked for two years to develop a machine that produced wind energy from moving vehicles.
“The main problem I was trying to target is that all our major ways of producing energy are exhaustible and highly polluting. So I wanted to focus on a renewable and non-polluting resource to get energy from. That’s the reason I chose wind energy,” says Akash.
The machine is based on the fundamental principle of wind energy, but its application is innovative. Just like windmills, the machine acts as a ‘wind convertor’. When placed on the roofs of fast-moving vehicles like buses, autos and trains, it can produce energy from the forceful flow of the wind. Akash claims that the energy thus generated can be stored in a battery.
“The device consists of a four-blade set up in the shape of a Swastika, with light hollow circular objects at the ends of all four points, which would help rotate the device according to the wind. The gear box dynamo is set in the middle of the four blades. As the wind convertor starts rotating, with its help the dynamo also moves and generates power. Our trains and buses travel approximately at a speed of around 40-80 kmph. The estimated speed of wind required for the machine to work is about 30 kmph. This means that the speed of the vehicles is enough for the device to work,” explains Akash.
Pondering over his invention, Akash realized that the best place to utilise this machine would be on the roofs of trains. He wrote about his idea to the Prime Minister’s Office and was overjoyed to receive a response.
The PMO forwarded his proposal to the Ministry of Railways. Soon, he heard from the Ministry that his idea had been further forwarded to the Ministry of New and Renewable Energy.
This motivated Akash to spend some more time improving his machine, which is currently being tested by this Ministry.
Akash’s machine is currently being tested by Ministry of New & Renewable Energy.

Originally from Jewar, Greater Noida, Akash now waits excitedly to hear more from the government. “If this gets implemented, it’ll solve so many problems! I really want this to happen; if we are able to produce energy in a better way, we’ll save so many precious resources on earth,” concludes Akash, full of hope.