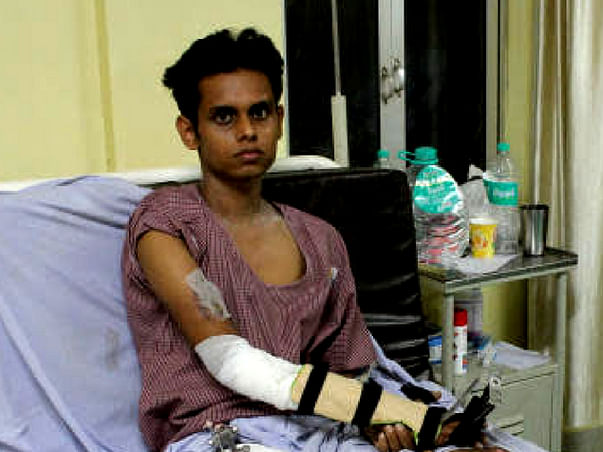 “I still cannot forget the state we found Sangram in at the accident site. His right leg and arm had been shattered and he was covered in blood. Pieces of flesh and bone lay next to him. He was unconscious and unresponsive, but we still rushed him to the hospital thinking God would save him. Now, he is alive but just barely – he is in unbearable pain and needs some more time in the ICU to recover. Being a poor unemployed senior citizen, he was my hope for the future, but I do not have the resources to continue his treatment.”-Sanjay Beg, father of Sangram Beg.

Sangram belongs to a lower-middle class, BPL (below poverty line) family in the Olavar village of Kandapara district in Orissa. An ambitious lad, he always studied hard to make his biggest dream - to rise above his poverty and limited means - one day. He had just completed his BSc and was returning home after completing MBA admission formalities in a Bhubaneshwar college when the accident that would change his life forever happened. Sangram was riding a bike with his friend Satya when a bus coming from the opposite side hit them. However, they only got minor scratches, but were strewn on the road. That is when a speeding car ran over them.

“When a bystander from the spot called me, I couldn’t believe what I was hearing. I had spoken to him just 5 minutes before; how could this have happened? He had sounded so happy – doing an MBA was his dream. When I saw him drenched in blood, my heart skipped a beat. My poor son had not even started living the life he wanted, and fate was already so cruel to him.”-Sanjay, with tears in his eyes.

Doctors had to amputate Sangram’s leg urgently to save his life, but he is not fully out of danger yet
Sangram’s right leg, below the knee, had been damaged beyond repair that doctors had no choice but to amputate it right away. His right arm was fractured and had significant nerve damage, for which the doctors placed a rod to hasten the healing process. He was also in a coma for over a week. Now, he is out of the ICU, but he may still need more surgery and ICU care to be completely out of danger.

“His right leg is more or less gone, but he stands to lose whatever is left of it if the infection in the area worsens. Doctors are doing whatever they can, and have clearly told us that he needs to spend a couple more weeks in the hospital to assess progress. They are also trying their best to make his arm functional again. This is such a crucial period – his body is just getting used to the after-effects of amputation and he had lost a lot of blood –anything can happen and we can only pray that more bad things don’t.”-Sanjay.

This poor youngster cannot even sleep at night due to immense pain and mental agony
When Sangram opened his eyes after coming out of the coma, he immediately started crying seeing his amputated leg. Since then, he has not been able to get a peaceful night’s sleep a nd he is always restless. Painkillers may take away his physical suffering for some time, but they cannot do anything about his broken spirit.

“He is too tired to speak and has not fully come out of the shock of the accident. Whenever he does say something, he asks us, ‘Why me? What did I do wrong?’ His mother, sister and I have no words to console him. He fears that he will not get used to a life as a disabled person. When we tell him that his dreams can still come true, she cries even louder.”-Sanjay laments.

Sanjay does not have any source of income now, and is forced to beg everybody he knows to help his son
Sanjay used to have a small paan shop in his village that used to be small source of income for hs family, but does not run it anymore. Problems associated with old age had got to him and he was looking forward to depend on his son Sangram, before the accident wiped his hopes away. He was able to admit his son with the help of money collected from relatives and friends. Sangram’s friends were also able to raise close to Rs 3 lakh together, but now they are at a dead-end.

Sangram was his father, Sanjay and mother Sasikala's only hope

“Everybody we know has helped us in some way or the other, despite having financial issues themselves. His medicines itself cost Rs 6,000 per day. We cannot afford his hospitalization anymore, but it is very important for his survival. Please help us.”-Sanjay.

How you can help
21-year-old Sangram was in a terrible accident that left him with a damaged arm and an amputated leg. His road to recovery may be long and painful, but there is still hope for this young man to fulfill his dreams of being an MBA graduate one day – he needs prolonged hospital care and surgical intervention for this to happen. His jobless father is aged and does not have any way to save him, especially during this time when proper medical care is key for survival.

UPI: rzpy.givetomlpsangramb004@hdfcbank (Copy to clipboard)
Or
Click here to read the instructions before you make a bank transfer. 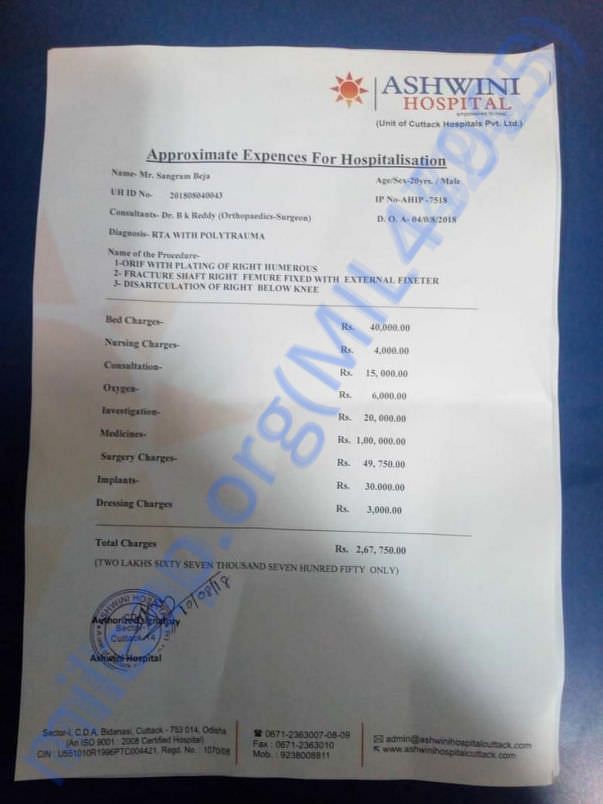 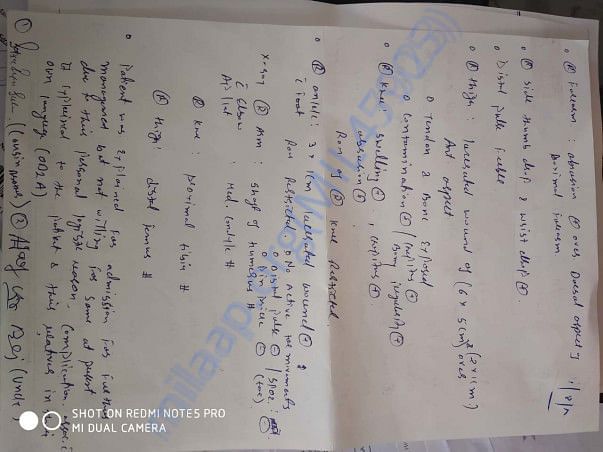 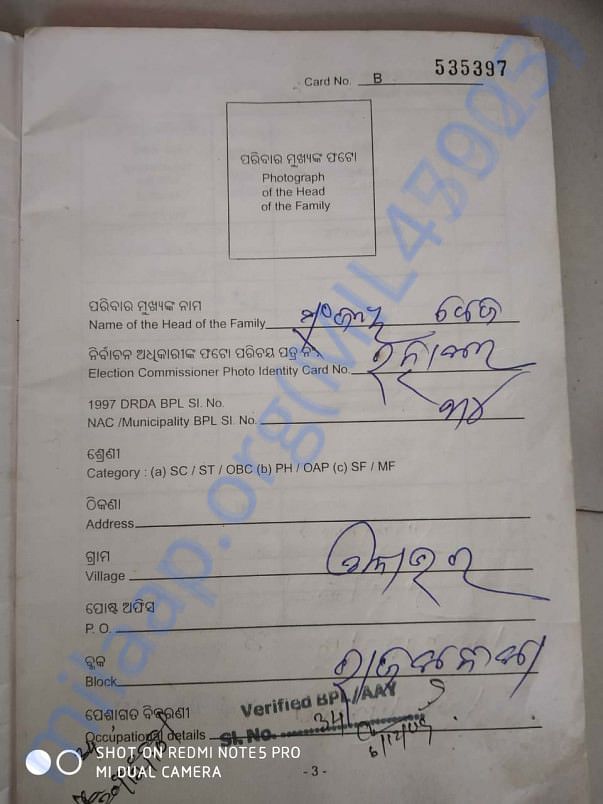 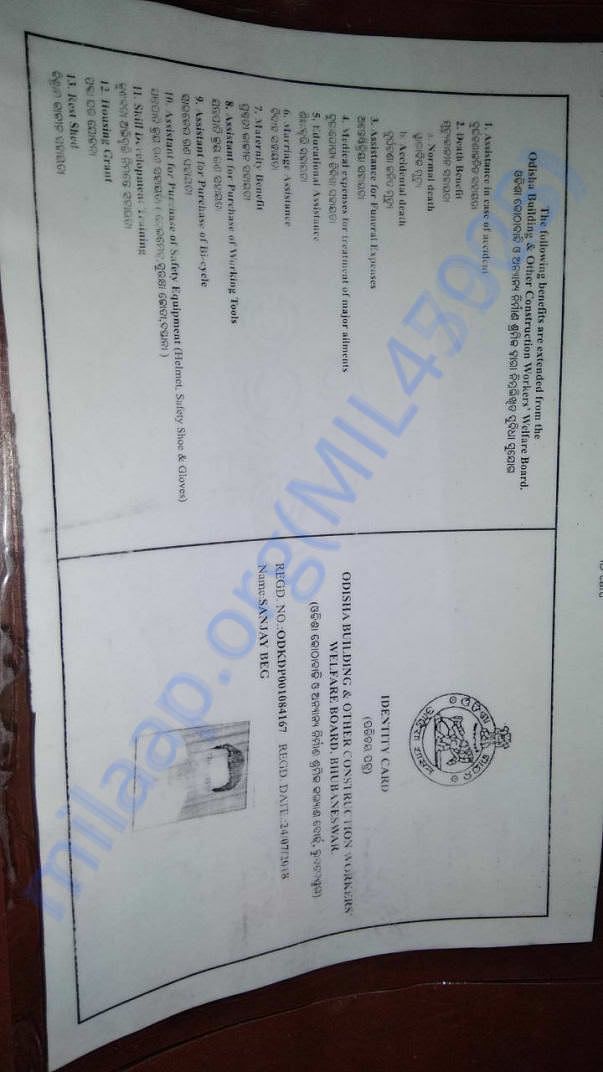 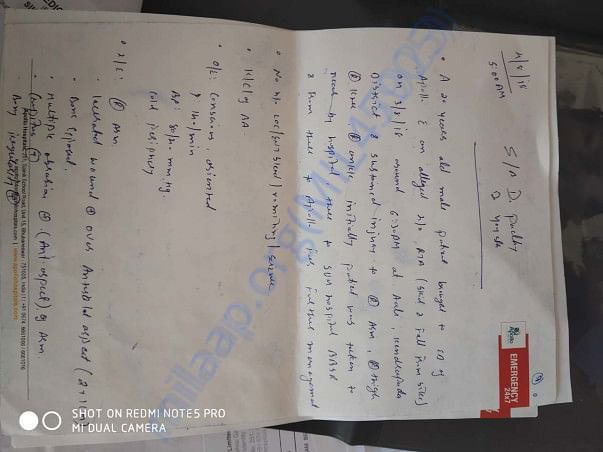 UPI: rzpy.givetomlpsangramb004@hdfcbank (Copy to clipboard)
Or
Click here to read the instructions before you make a bank transfer.

I am thankful to all of you for the love and support.

Sangram is presently in the hospital and has undergone his leg surgery successfully. The operation on his hand will be done later . The stitches have been done as well. Also, he has been kept under observation for a while.

Will keep you posted!

Sangram is at home now and he is recovering slowly. We will take him for a check up next week. There is no movement in his right hand, and after the check up the doctors will take a call on whether he will require an operation for the same.

The doctors suggest that he will have to get a prosthetic leg as well. We are humbled by your love and support, and request you to please keep sharing this campaign as he still has a long road to complete recovery.

Donated to this campaign via Paytm? Click here if you can’t find your donation listed below.
MI
Milaap Impact Partner donated $0.28

Donated to this campaign via Paytm? Click here if you can’t find your donation listed below.
MI
Milaap Impact Partner donated $0.28

You are sending a message to
Sandip Kumar Das
Go back 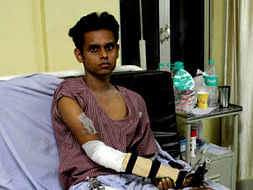