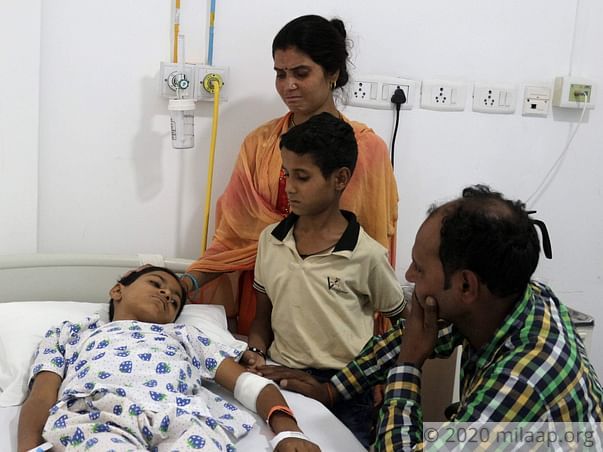 "On 20th April, I sat in the hospital with my wife, Smehalata, and younger son, Dibyanshu watching our older son, Pranshu go in and out of consciousness. We struggled to come to terms with the fact that he is dying. It felt so sudden. There is a way to save him, but I cannot afford it. I have called everyone I know for help knowing full well that there is no one available to help. I am scared. Am I going to lose him?" - Dileep, father.

13-year-old Pranshu Kumar was admitted with a high fever and bleeding. His blood tests showed that he has a severe case of aplastic anemia - his body doesn’t produce enough blood cells. Every minute, he risks losing his life. He needs a bone marrow transplant by 30th April. It is the only cure. Unfortunately, his parents have less than Rs. 100 left with them and they cannot pay for blood transfusions, let alone a transplant that will cost Rs. 24 lakhs.


Looking back I feel like we could have helped him earlier. In December he said he was feeling too dizzy to go to school. We thought he was afraid of writing the exams. He had not studied and he did not want to give up his first rank. One day, Smehalata felt his forehead. He had a high temperature. So, we went to a doctor in Etawah who tested him for dengue. It was not dengue. Pranshu got medicines for viral fever and he got better. He was happy to have the energy to study again."

Pranshu was working hard to catch up on school work after missing several days. One day in January, he fainted during the school assembly. The school sent him home. Unable to find a solution, and disappointed with the facilities in their city, the family moved him to a hospital in Agra. This time he went through an exhaustive panel of tests.


They said he had a bone marrow problem. We had to go to AIIMS where I found out he has anemia. We took him home, tried home remedies – beetroot, palak, dates - to help him. He seemed to get better. But then, we were forced to give him emergency care on 20th April, after he became so weak that he was just lying on the bed, unable to even talk.

Pranshu's parents can't come to terms with their son's condition

The parents struggle to understand how their son, who always stood first in school, was active in sports and even helped his younger brother with studies is moving towards slow death.  They are still unable to comprehend the seriousness of this issue because his symptoms are not very visible.


He started bleeding through his nose. It did not stop. It did not stop until he got an injection. We delayed treatment so much because we did not know. We cannot afford to keep him admitted. If we don’t he can fall very sick and die even before we can bring him here.

Dileep just finished the paperwork for Pranshu’s bone marrow tests. The family does not have money to check if any of them can donate. Pranshu is having a high fever, and it could damage his brain. He needs help as soon as possible otherwise, he may not even have the time to say goodbye to his family.


"They say my son's condition is so severe that we have to do this transplant within 1 week. I make Rs. 5000/month. I never thought an emergency would cost me Rs. 24 lakhs. I never thought it would mean life or death for my son! I feel like I will lose him."

Dileep is a daily wage laborer from Etawah. He has not been to work in the past week. It means losing over Rs. 1000 in income. After begging other villagers, they managed to raise Rs. 1 lakh which has gone towards paying Pranshu's bills so far.

This family has lost all hope that they can save their son. They need your help now more than ever. Your contribution can save Pranshu.

UPI: givetodileepkumar1@yesbankltd (Copy to clipboard)
Or
Click here to read the instructions before you make a bank transfer. 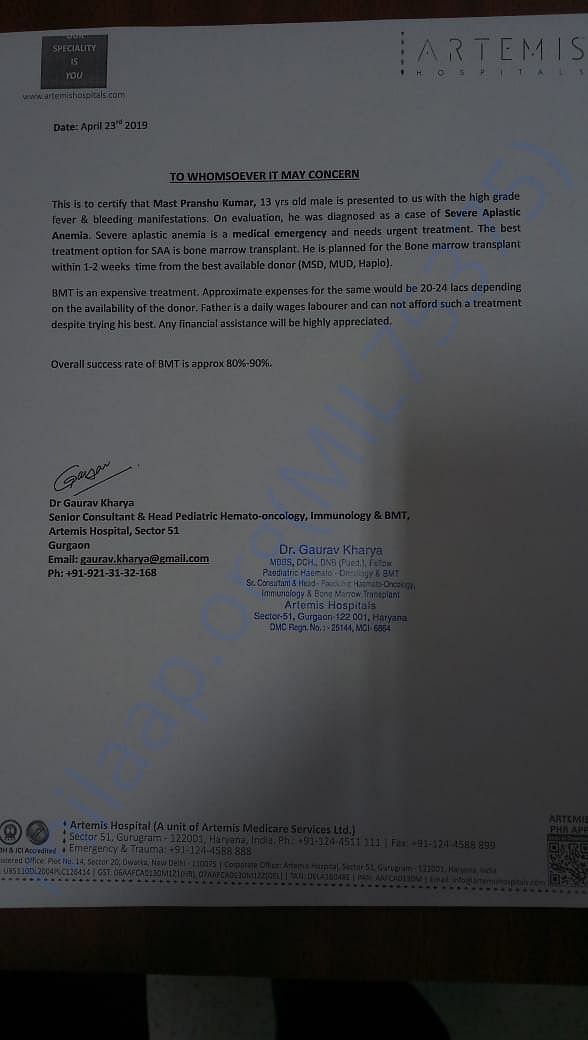 UPI: givetodileepkumar1@yesbankltd (Copy to clipboard)
Or
Click here to read the instructions before you make a bank transfer.

Pranshu is on follow ups and he is doing fine.

Report fundraiser
See how thousands are crowdfunding for their causes on Milaap
Rs.277,962 raised

Donated to this campaign via Paytm? Click here if you can’t find your donation listed below.
MS
Milaap donated Rs.28,800
RB
Rundstedt donated Rs.500
A
A donated Rs.5,000

Will be well by Gods grace

Donated to this campaign via Paytm? Click here if you can’t find your donation listed below.
MS
Milaap donated Rs.28,800
RB
Rundstedt donated Rs.500
A
A donated Rs.5,000

Will be well by Gods grace 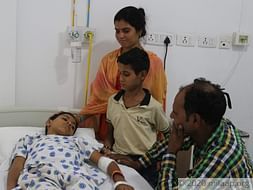