This Father Thought He'd Saved His Son From Cancer, But Now It's Back | Milaap

This Father Thought He'd Saved His Son From Cancer, But Now It's Back 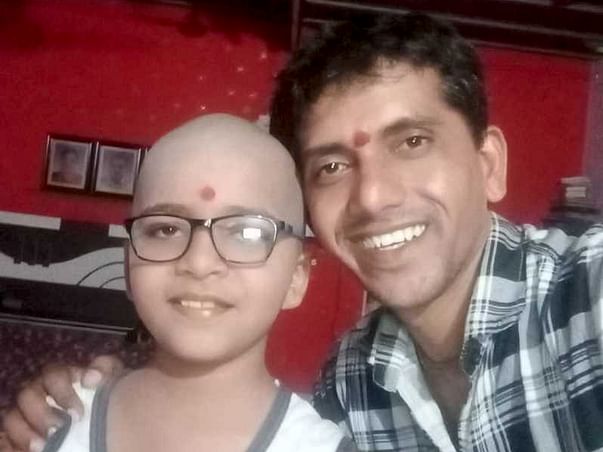 “Your son’s cancer is back. And it’s worse than last time.”

These words broke Navnath’s heart in February for two reasons. The first was that he had thought his son was done suffering. After years of painful chemotherapy that left him drained both mentally and physically, Nirgun's life had barely had a chance to go back to normal.
The second reason was that he knew he couldn’t afford the treatment again. This time, he'd helplessly have to watch as cancer slowly killed his son in front of his eyes. 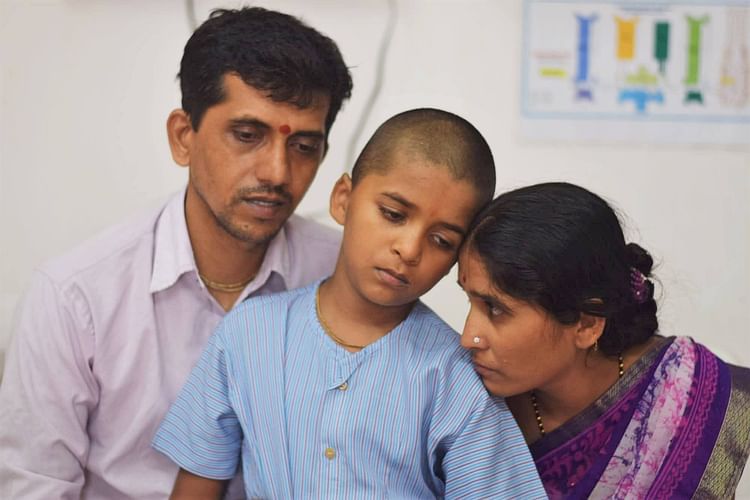 Nirgun was a little over three years old the first time he was diagnosed. He had been complaining of aching legs and weakness for a few days, so his father had taken him to a local hospital. Worryingly, they had been unable to tell him what Nirgun was suffering from. It was only after Navnath took his son to multiple hospitals and got various scans done that the horrible truth came to light. 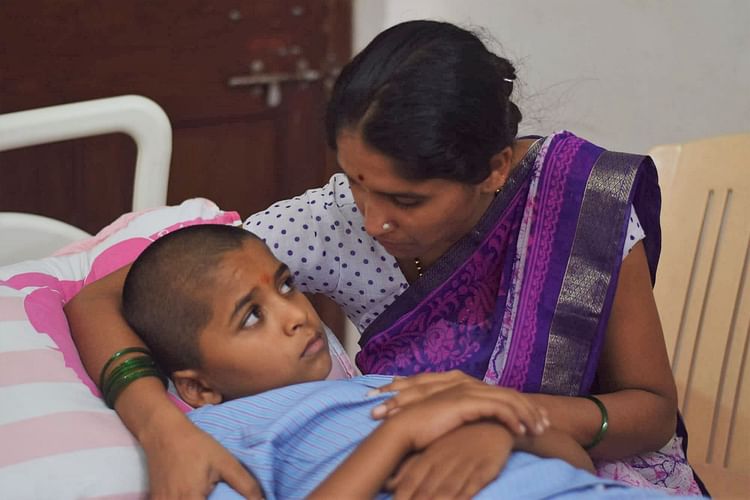 They fought for 7 years to keep their son alive

"Everything else stopped mattering. The first thing I felt every morning was fear, I would feel like I couldn’t breathe until I checked on Nirgun and made sure nothing bad had happened in the night. And at night, right before I fell asleep, I would thank God for keeping my son alive for one more day! We spent years like this, taking him to the hospital anywhere between 4 to 10 times, hoping and praying that the chemotherapy would work, that our son would be healthy again!” — Namratha, mother 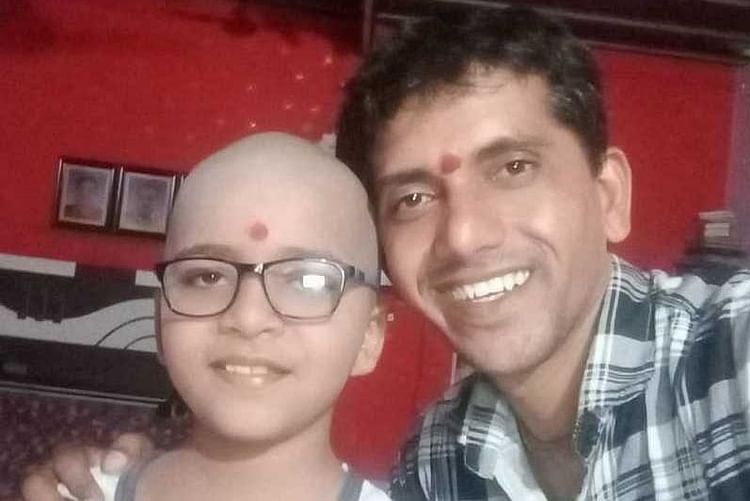 Nirgun and Navnath, right after they found out the cancer was gone

He was declared cancer-free, but the happiness lasted too briefly

After years of struggling, uncertainty, and fear, when little Nirgun was finally declared cancer-free, Navnath and Namratha had been ecstatic. They started dreaming of a future when Nirgun could go to school, have friends, run around and play. They thought their son could finally be a little boy, instead of a cancer patient. But a routine checkup a few months ago revealed that his cancer has relapsed. Nirgun, now 10, needs intensive chemotherapy again, but there’s no way Navnath can afford it. 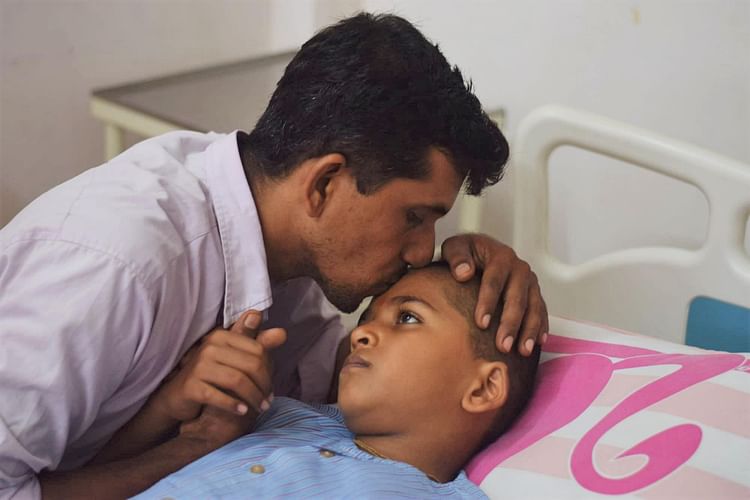 This father doesn't want to fail his son, but he's helpless

“We’re farmers. When our son was first diagnosed, Namratha had to start helping on the farm as well, and so did my dad even though he was old. We broke our backs day and night so Nirgun could get his treatment, but even that wasn’t enough so we borrowed money. Now he needs chemotherapy again, and it’ll cost 7 lakhs! I don’t want to fail my son, not after coming this far, but I’m helpless! Please, think of him as your son and save Nirgun... I beg of you...” — Navnath, breaking down

They did everything they could the first time, gave it their all, and saved their son from cancer's clutches. But in a cruel twist of fate, the cancer has relapsed, and this time they can't do anything about it. You can save Nirgun, by clicking here to donate.

UPI: givetomlp.navnathpatil1@icici (Copy to clipboard)
Or
Click here to read the instructions before you make a bank transfer. 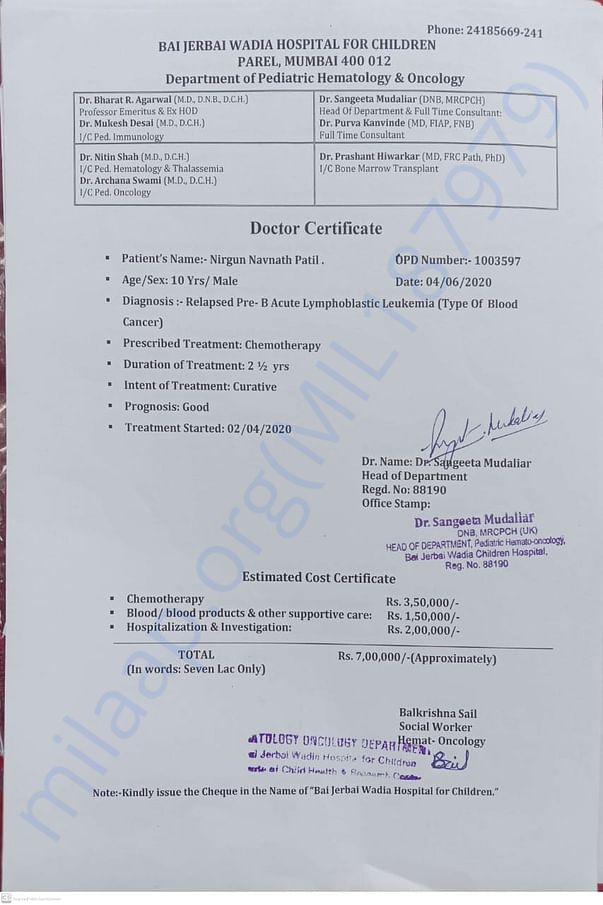 UPI: givetomlp.navnathpatil1@icici (Copy to clipboard)
Or
Click here to read the instructions before you make a bank transfer.

Scan & donate with any app
check_circle_outline Download payment receipt
Report fundraiser
See how thousands are crowdfunding for their causes on Milaap
Rs.18,500 raised

Donated to this campaign via Paytm? Click here if you can’t find your donation listed below.
Dr
Devna donated Rs.1,000

Donated to this campaign via Paytm? Click here if you can’t find your donation listed below.
Dr
Devna donated Rs.1,000

A
You are sending a message to
Aniket
Go back 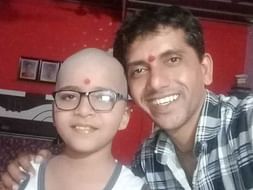 This Father Thought He'd Saved His Son From Cancer, But Now It's Back