Despite Spending Lakhs, This Father Struggles To Save His Son's Life | Milaap

Despite Spending Lakhs, This Father Struggles To Save His Son's Life 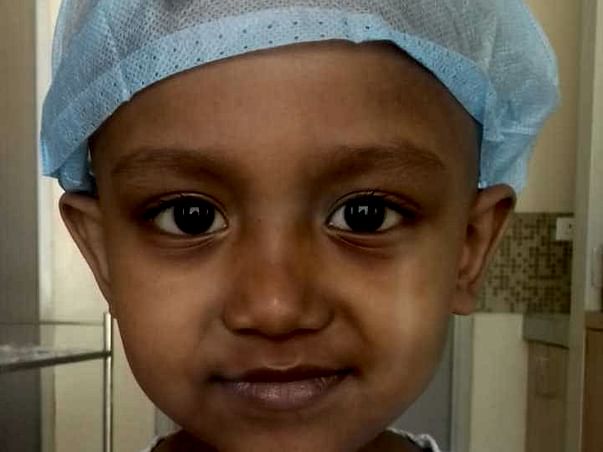 “The doctors had told me only a bone marrow transplant could cure my little Jonayet from his disease. I didn’t think twice, I mortgaged my land, borrowed some money at a steep rate and decided to give my all to provide my son with the life saving transplant. In the three months after the transplant, Jonayet was getting better and we were all so hopeful. We were prepared to take him back home when his final test results came out. The doctor told us that he is getting sick again and that he wouldn’t be able to go back home right now. While Jonayet didn't seem to realize the problem and told us that he would soon be fine, my wife, Salma and I were heartbroken.” - Zaman Miah, father of 5-year-old Jonayet.

The young parents were elated when Jonayet was born to them, not knowing that their happiness will be so short-lived

Zaman and Salma had two daughters and for long they prayed for another baby whose smiles and giggles would complete their little family. Jonayet’s birth seemed like a blessing to them but soon all their happiness seemed to have ended. He was diagnosed with Thalassemia, a blood disorder involving lower-than-normal amounts of an oxygen-carrying protein.

“Since he was 1-month-old, he was falling sick every single day. We had to take him to the doctor for almost five days a week - sometimes it would be fever, sometimes cold and on other occasions, loose motions. We did not know what was wrong with our child when the doctor pointed out that he is too pale and that we should get some blood tests done. The test results changed our lives forever.”

Since he was 1-month-old, he was getting regular blood transfusions at the interval of 15-20 days. The first time was the hardest - he cried out in pain the entire time while the nurses struggled to find his veins. As days passed by, his suffering didn’t reduce. When the doctors told Zaman, a small shopkeeper, that a bone marrow transplant can save his son’s life he agreed to it in the hope that Jonayet will recover soon. Zaman' elder daughter, Zulekha (15) was a 100% matched donor for her brother.

“But now he has rashes all over his body, he runs a temperature and the doctors have told us that his vital organs are also getting affected. But this was not supposed to be the case. My son was supposed to get better but it seems like his sufferings are never-ending.”

Jonayet playing with her favourite toys

Jonayet has been diagnosed with Graft Versus Host Disease (GvHD) after his transplant that he needed for his thalassemia. In GvHD, the donated bone marrow or peripheral blood stem cells view the recipient’s body as foreign, and the donated bone marrow attack the body. Now only an urgent treatment can save him but his father is too poor to afford it. He has left his country, Bangladesh and has been staying in a rented place in Kolkata for the past one year.


An old pic with Jonayet with his father and mother

“For the past one year, I have had no income since I have not been able to sit at my shop. My house rent is pending and I have already spent around Rs 32 lakhs on Jonayet’s treatment. Now we need another Rs 10 lakhs more - I don’t know how I will arrange for that without any help.”

Little Jonayet has been suffering from Thalassemia since he was 1-month-old. When blood transfusions failed to give a permanent solution, he underwent a bone marrow transplant. But in spite of that, his sufferings didn’t end. His body is rejecting the donated bone marrow and his vital organs are failing. He needs urgent treatment to survive but his parents are struggling to afford that. Your support can help Jonayet lead a healthy life.

Your kind help can bring back happiness in Jonayet's life

UPI: rzpy.givetomlpjonayet0001@hdfcbank (Copy to clipboard)
Or
Click here to read the instructions before you make a bank transfer. 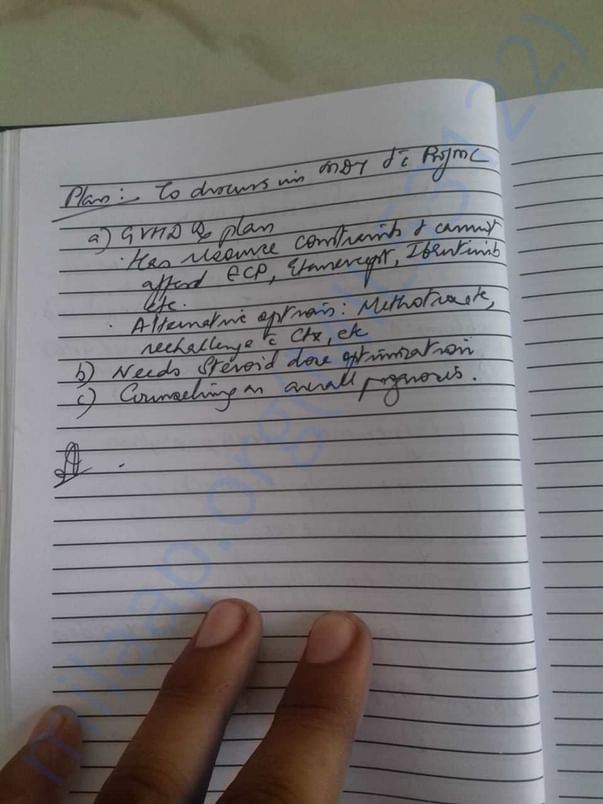 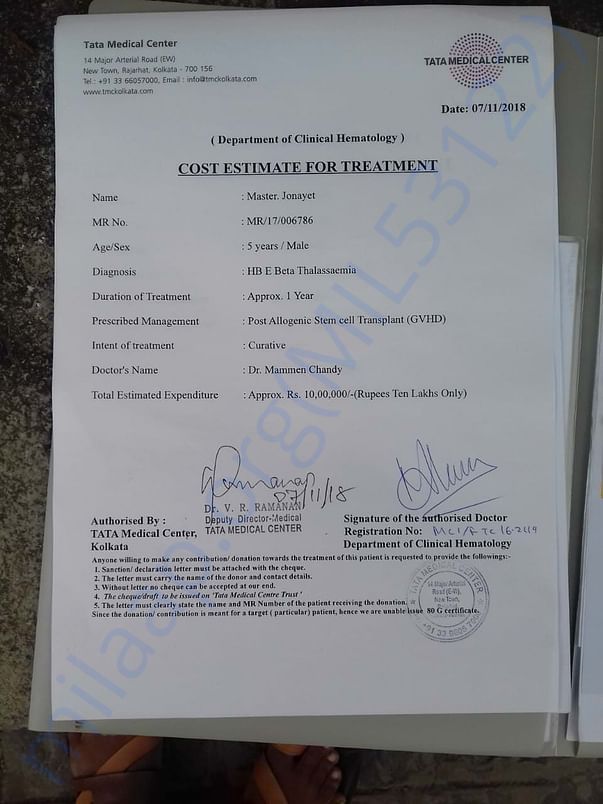 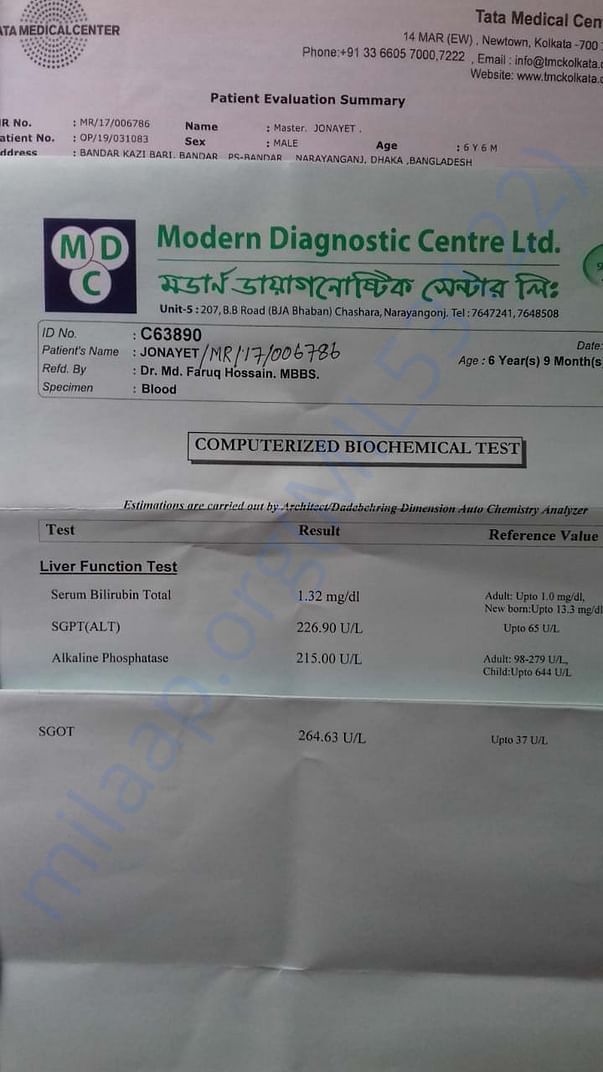 UPI: rzpy.givetomlpjonayet0001@hdfcbank (Copy to clipboard)
Or
Click here to read the instructions before you make a bank transfer.

Report fundraiser
See how thousands are crowdfunding for their causes on Milaap
Rs.30,721 raised

Donated to this campaign via Paytm? Click here if you can’t find your donation listed below.
A
Anonymous donated Rs.390

You will be alright!

Donated to this campaign via Paytm? Click here if you can’t find your donation listed below.
A
Anonymous donated Rs.390

You will be alright!

MZ
You are sending a message to
Md. Zaman Miah
Go back 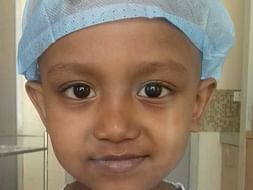 Despite Spending Lakhs, This Father Struggles To Save His Son's Life