19-year-old Medical Student's Cancer Can Turn Fatal Any Moment | Milaap
This campaign has stopped and can no longer accept donations. 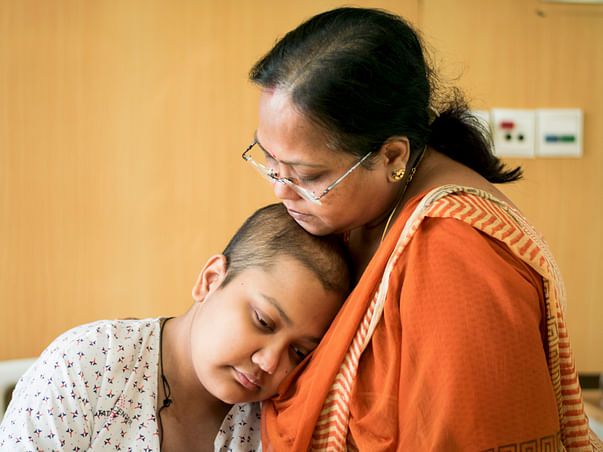 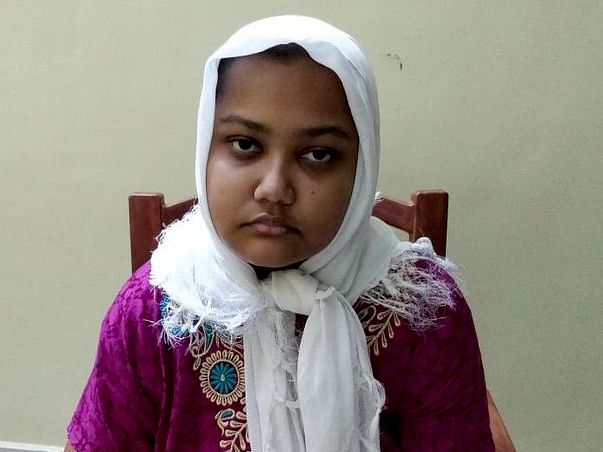 “It was midnight when I woke up to Gairika’s frantic screams. I rushed to her room wondering what might have happened. As I entered, I was horrified to see Gairika had fallen from her bed and was in severe pain. Since then, our painful journey started. She was diagnosed with cancer. Even before we could come in terms with it, cancer has started killing her slowly. Even pain-killers are not able to give her any comfort.” - Polly Das, Mother.

For the last few months, Gairika has been coping with a lot of pain

19-year-old Gairika is a medical student and she is fighting against cancer. She is terribly weak and can hardly eat any food. She has severe pain on the left side of her stomach and on her back. She feels terrible to depend on others for simple tasks like getting up from her bed, wearing her own clothes and even walking to the toilet. She fees exhausted all the time.

The severe pain in Gairika’s back was first thought to be a neurological problem when she was taken to a local doctor. Being a medical student herself, she feared that her problem is much more serious. But when her pain subsided for few days she felt hopeful.

“We thought things were going to be better for our daughter but however, that didn't happen. Soon, Gairika caught a cold and started to have night sweating even in the winters. She started losing weight drastically and she was throwing up continuously. One day, she had a severe stomach ache and we had to rush her to the hospital. Her backache had also cropped up.” - Gautam Das, father.

Since her childhood, Gairika wanted to be a doctor and serve the society. After the 12th boards, she went off to Kota, Rajasthan to prepare for the medical entrances. Her hard work bore fruit and she got enrolled one of the best institutes of West Bengal. But future something else in store for Gairika. She has been diagnosed with Acute Lymphoblastic Leukemia, a form of cancer that affects the white blood cells. It occurs in the bone marrow and quickly spreads to the blood.

“She used to tell us stories of how some kids had committed suicide because they could not handle the immense pressure. Gairika kept on saying how she could never understand people embracing death this easily. She has always been a very positive and energetic person. I can’t imagine that she is battling with life and death everyday now.” - Polly.

It was in the month of March that Gairika found out she has cancer. She was shattered but she soon she gathered her strength and decided to fight back. Just by looking at her condition, her parents had already anticipated something serious but never in their wildest dreams did they think that it would be cancer.

“The news of her diagnosis shook us but we tried not to break down in front of her. I still remember the moment when she looked at us, teary-eyed, saying: ‘Why did this have to happen to me?’ and the next moment she wiped those tears away saying that she will fight back this disease. She said ‘Maa, that’s why I tell you to read Harry Potter, you will know that magic exists’ and smiled.”  - Polly.

Since she has known about her condition, she has taken upon the challenge to fight back. But there are days when she can’t make it at all.

“Even as she is undergoing her chemotherapy she has not left her studies. There have been days when she starts vomiting and has severe stomach pain and can’t do anything at all. We look at her helplessly and hope that we can do at least something to ease her pain. All our savings are over and we still don't have the fund for her treatment. ” - Polly.

Gairika has cancer and the only way she can be cured is through an urgent bone marrow transplant. The transplant is due in a few weeks time, her father is a matching donor but the only constraint here is that of the money. Her parents are struggling to make their daughter’s life better. They have already spent a lot on Gairika’s treatment and arranging for 40 lakhs for the transplant is absolutely beyond their capacity. They spend sleepless nights worrying about their child's well-being.  The parents are struggling to save their 19-year-old daughter, your kind contribution can help them. 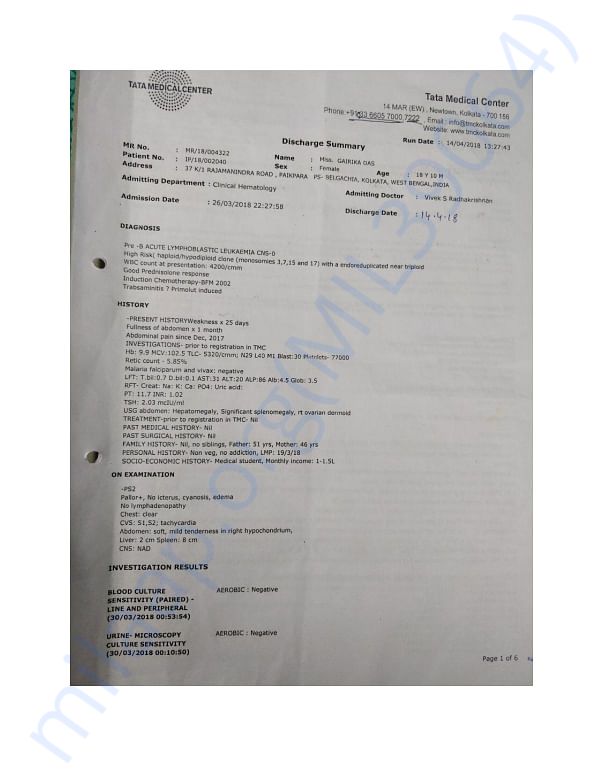 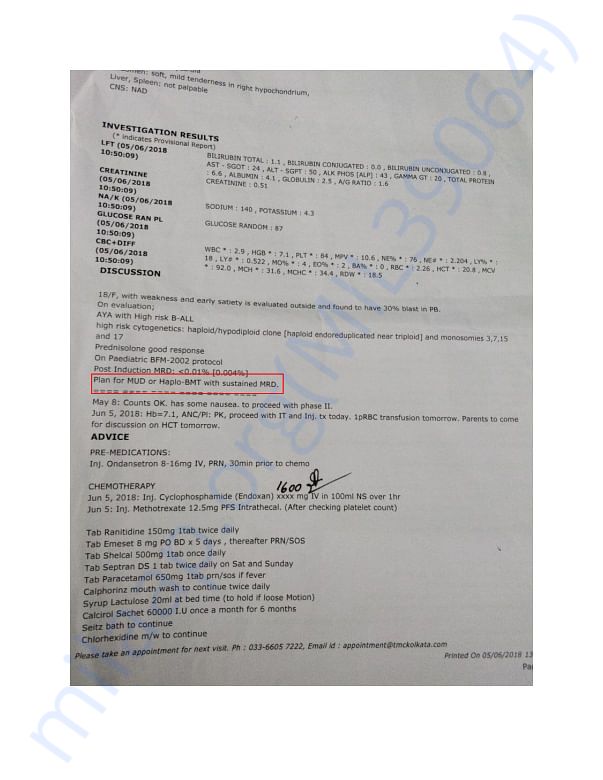 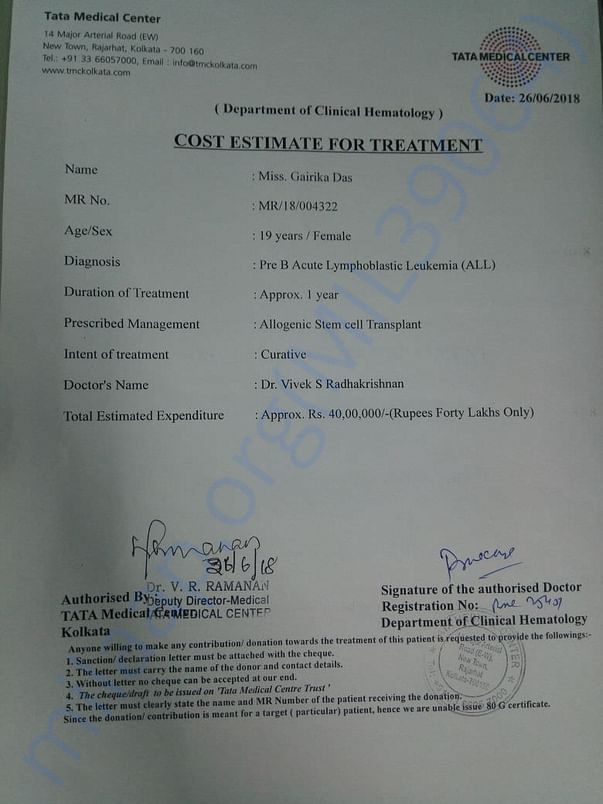 Ask for an update
I am pleased to let you know that after the bone marrow transfer(BMT), Gairika is feeling much better and her blood profile continues to improve. She has had regular follow-ups post BMT and the doctors are happy with the progress she has made so far.

Thank you once again for your kind support! Please continue to keep Gairika in your thoughts and prayers.

Thank you once again for supporting the campaign. Gairika is currently undergoing post BMT monitoring and treatment. I will keep you posted as soon as Gairika's post BMT treatment is over.

Please continue to keep Gairika in your thoughts and prayers.

Firdous
I am pleased to let you know that Gairika has been discharged from the hospital after undergoing the bone marrow stem cell transplant. She is currently recovering at home. Gairika will have regular follow-up examinations at the Tata Medical Centre during the recovery period. The doctors at the medical centre are happy with the way Gairika has responded so far to the treatment. I hope and pray for her complete and speedy recovery.
Thank you once again for your support with the campaign. Please continue to keep Gairika in your thoughts and prayers.
Sincerely,
Firdous
Load more
Donate
OR

Scan & donate with any app
check_circle_outline Download payment receipt
Report fundraiser
Know someone in need of funds for a medical emergency? Refer to us
Rs.2,317,958 raised

830 Supporters expand_more
This campaign has stopped and can no longer accept donations.
$150 Million +
Raised on Milaap
Are you in need of financial support for medical or personal emergencies, or a social cause?
Start a fundraiser
Or
Know someone in need of funds for a medical emergency? Refer to us
Campaign organizer contact_mail

Donated to this campaign via Bank transfer/QR Code? Click here if you can’t find your donation listed below.
A
Anonymous donated Rs.100
P
Prabha donated Rs.500

All the best! Stay courageous!

Donated to this campaign via Bank transfer/QR Code? Click here if you can’t find your donation listed below.
A
Anonymous donated Rs.100
P
Prabha donated Rs.500

All the best! Stay courageous!

You are sending a message to
Firdous Ahmad Khan
Go back 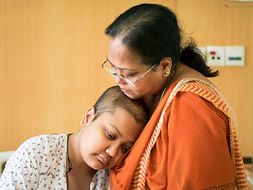