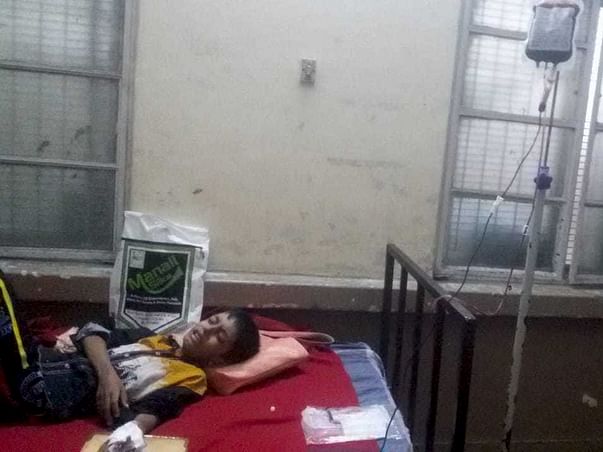 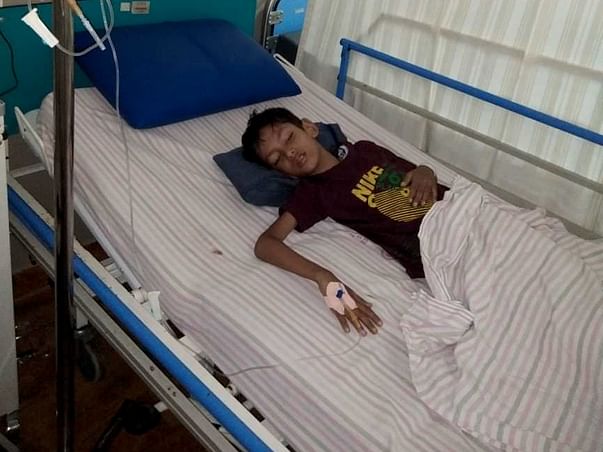 Previous Next
Little Mohammed Asimulla screams ‘No!’ when the nurses put a needle in him during blood transfusions, but he endures it for the sake of his parents who have told him that it’s necessary to keep him alive. The smell of blood makes him nauseous and light-headed, and he cannot eat for hours afterwards. His blood levels dip so regularly now that he needs a transfusion every other day. Because of this, he is not able to eat at all and has been starving from the past 2 days. A bone marrow transplant can take his troubles away forever, but his poor parents have no means of affording it.


“My child used to eat food properly before this disease took over his life completely. But now, I have to force-feed him. He throws up when I do that sometimes, but I still go on as I cannot bear to see him turning into a bag of bones.”-Ayesha Banu, mother of Asimulla.

An old photo of Asimulla with his sister

Asimulla had always been a healthy child who woke up early in the morning along with his parents and helped them with daily chores. He’d also help his sister, 7-year-old Firdous Fathima, with her lessons before sprinting to school. He never liked missing classes even when he suffered from mild fevers, which he got very infrequently. But it has been 5 months since he has gone to school as it was around that time that he was diagnosed with aplastic anaemia, a rare blood disease where the body stops producing new blood cells. Apart from fever and weakness, this poor boy also experiences profuse bleeding from his nose and gums, and has even started throwing up blood.

“He used to flinch at the sight of blood before. He never says anything, but we can sense fear in him. He keeps to himself most of the time and draws on the sketching pads we have got him – that is his only escape from the pain and distress now.”-Asifulla, father.

Asimulla is at a risk of contracting deadly infections now, needs urgent transplant before it is too late

Asimulla’s body has a weakened immunity now due to his dipping blood levels. As a result of this, he is very prone to deadly infections and cannot do anything except stay put in his sterilized hospital room. When he was diagnosed initially, little Asimulla only had to undergo blood transfusions every week. But now he needs them every other day as his blood levels dip dangerously low more frequently. These regular transfusions are only saving his life temporarily, and on the flip side, they lead to iron deposition in soft organs like heart, liver, etc that can prove deadly later.

Asimulla’s condition is worsening as days pass. The doctors are hopeful that he can be completely cured with a bone marrow transplant, but he needs it within a month. His mother is a matched donor, but the only problem is that the family is too poor to afford such an expensive medical procedure.

This poor daily wager has been jobless for 5 months now, is begging for help to save son

Asifulla used to work as a daily wager in Mysuru, Karnataka for Rs 300, which was hardly enough to cover rent and household expenses. Money was always scant, but he did not compromise on the education of his children and always made sure to buy the very best of school supplies and books for them. He had pinned his hopes on his elder child, Asimulla, as he was very good in studies. But fate had other plans, and he had to quit his job in order to get him treated in Bengaluru, and now is struggling to save him on no income. He had to leave his daughter Fathima in the care of her maternal uncle in Mysuru, as he doesn’t have enough money for even food now.

“We have contacted everyone we know, even near and dear ones, but help has not come so far. My son is dying and I am running out of time to save him.”-Asifulla.

Asimulla is suffering from a severe blood disease that is compromising his immunity and making him very sick. Blood transfusions are not even to keep him alive anymore. An urgent bone marrow transplant can cure him completely, but his daily wager father cannot afford it.

Your kind contribution can ensure that Asimulla survives 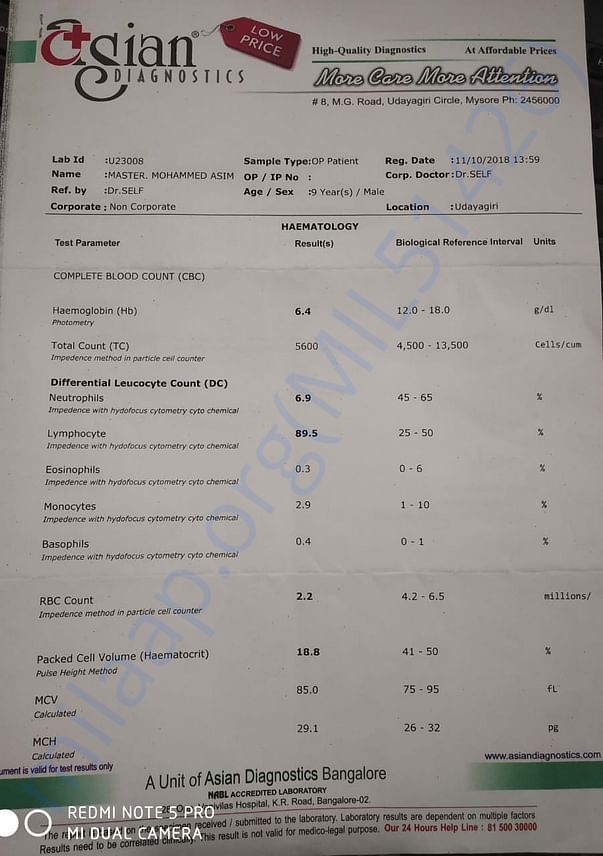 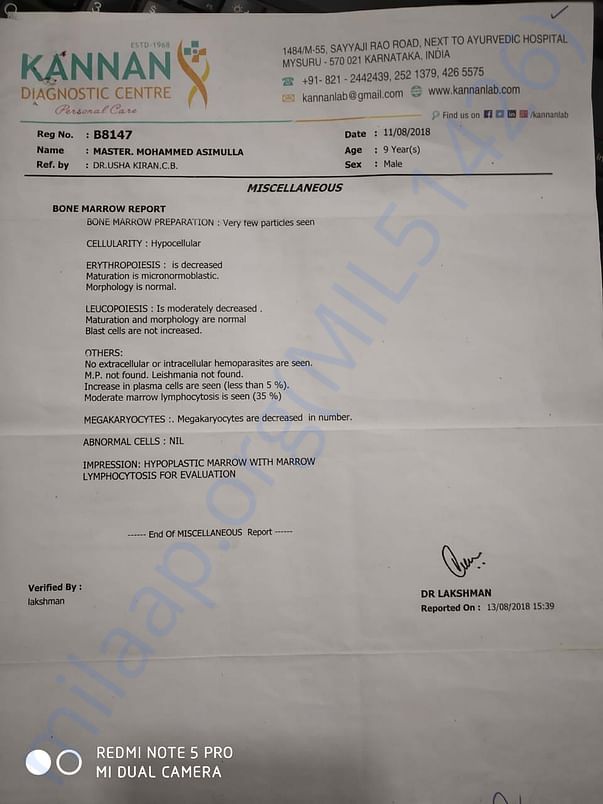 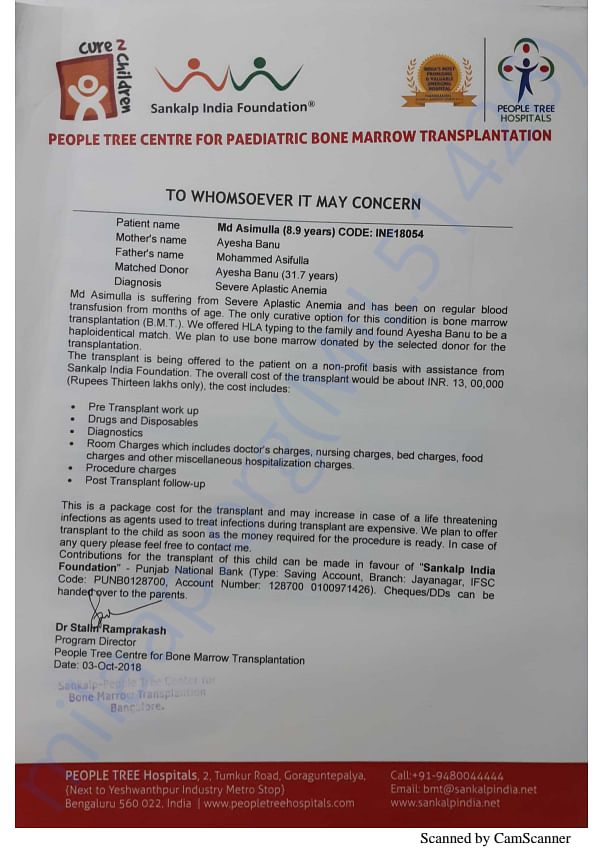 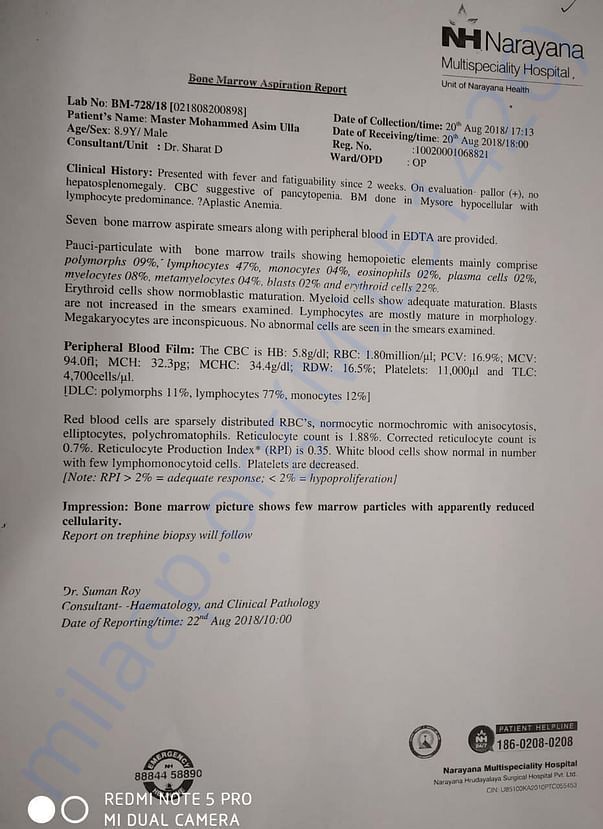 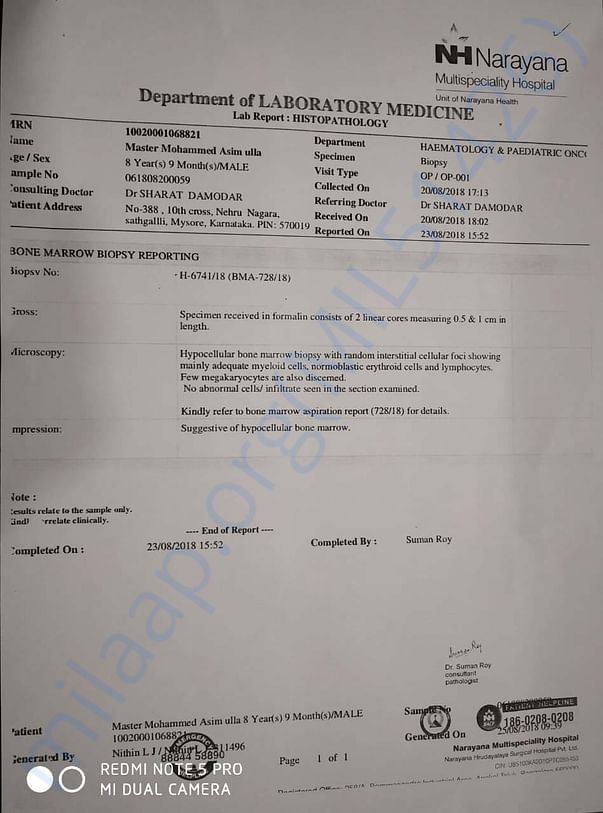 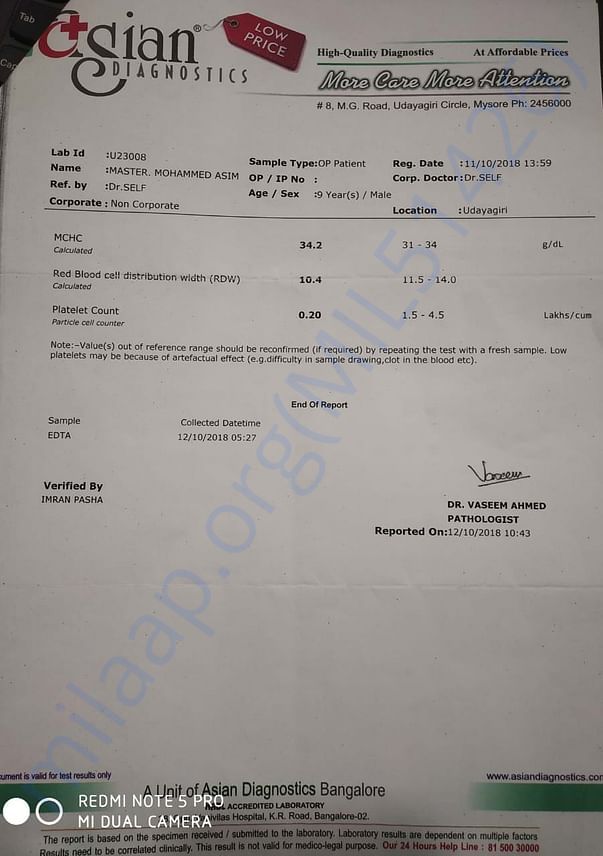 Ask for an update
My dear brothers
We are very thankful for the support in treatment of my son asim ulla for BONE MARROW TRANSPLANT, now he is recovering from the decease and now his blood count is also increasing and, this is all done by your support and prayers, we don't have words to say thanks for your help and support, may God bless you and your family from all kind of problems, thanks again
Donate

Scan & donate with any app
check_circle_outline Download payment receipt
Report fundraiser
Know someone in need of funds for a medical emergency? Refer to us
Rs.10,650 raised

MA
You are sending a message to
Mohammed Asifulla
Go back 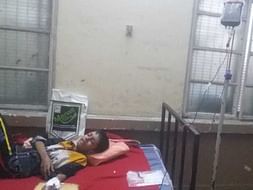