6-year-old Who Is Bleeding Through Eyes And Even Stool Needs Help | Milaap
This campaign has stopped and can no longer accept donations. 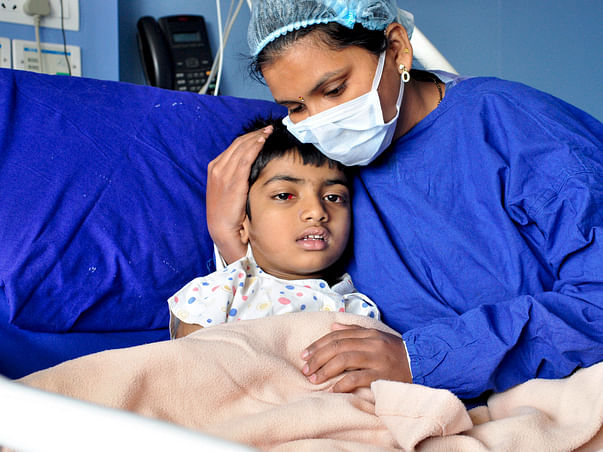 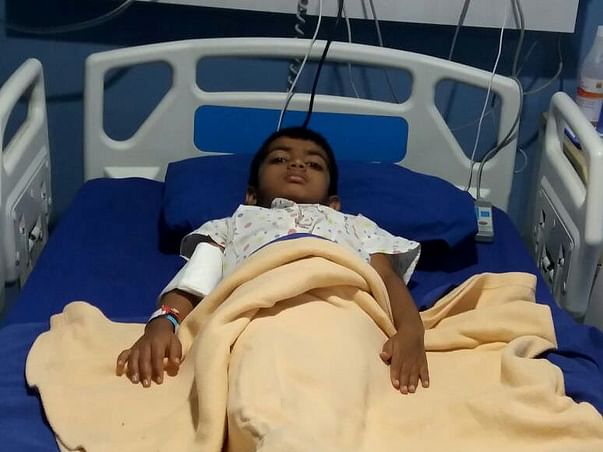 “In the past 15 months he’s been admitted to the hospital 12 times. His disease is so rare and mysterious. He starts bleeding randomly from any part of his body. He keeps losing blood every now and then and his condition gets worse with infections. His transplant should have happened a year ago but we just can’t afford it and if he keeps losing blood, my son will lose his life.” – Asmita, Ayush’s mother

6-year-old Ayush has survived with a rare but deadly bone disease for over a year but now, he doesn’t have long before his body gives up. His only hope lies in undergoing an urgent bone marrow transplant. His father, Anil, has been matched as a donor too but, he’s desperately running out of time to save his son’s life.

Ayush has been tormented with an extremely rare disease

Ayush’s constant pale skin frightened his mother but to her horror, in late January 2017, he was diagnosed with an extremely rare bone marrow disease called aplastic anemia.

“His disease has become worse with time. He starts bleeding from his eyes and teeth and passes blood in his stool and while urinating too. Every time he starts bleeding, he is critical and we have to admit him to the hospital.  Any mother would find this extremely hard to see, especially when your son’s eyes bleed and are completely red. It’s just horrifying. ” – Asmita

Simply put, he has very few blood cells and with time, his platelet count has reduced to 5000, which is extremely dangerous. A normal child has a platelet count of about 150,000.

Ayush gets infected so easily

“He catches infections so easily, even if the weather changes slightly. He is down with high fevers from time to time. He can’t be treated at home for his infections like a normal child too, because his disease is so rare and there are so many precautions. So, apart from bleeding, we take him to the hospital every time he gets infected too. In one year, I think that I’ve cried so much that it feels like I’ve lost the ability to even cry now.” – Asmita

As his condition progressively worsened, Ayush’s life has turned upside down. The 6-year-old gets tired quickly and is unable to do any activity. He takes around 10 tablets a day and receives blood transfusions almost every week but that still hasn’t helped him get out of this.

“He has no idea how serious he is. He just gets very frustrated because I don’t allow him to play around much. He wants to do all the things he’s forbidden to do, for now. I just want him to get better and live like a normal school-going child. ” – Asmita

The 6-year-old can only recover if he undergoes an urgent bone marrow transplant, this is his only option.

Asmita and Anil are racing against time to save Ayush

“Nowadays, he vomits whatever he eats too. We’ve admitted him again because of his fever and infections, and he needs a transplant urgently. Anil keeps crying every day too because we are too poor to afford the surgery, this just seems impossible.” – Asmita

Anil, a laborer at a spectacle factory, earns around Rs. 300/day. He’s been running around trying to arrange funds but spent everything he collected because Ayush had to be admitted to the hospital over 10 times in the past year. He has absolutely nothing left now and is running out of time.

6-year-old Ayush needs to undergo a life-saving bone marrow transplant that costs around Rs. 20 lakhs. The family has been able to gather Rs. 12 lakhs and need additional Rs. 8 lakhs. Ayush's father, Anil, has been matched as a donor too but he simply cannot afford such a monumental sum. He is in dire need of your urgent help to save his son’s life.

Your support can save 6-year-old Ayush and ensure that he has a normal childhood without suffering daily. 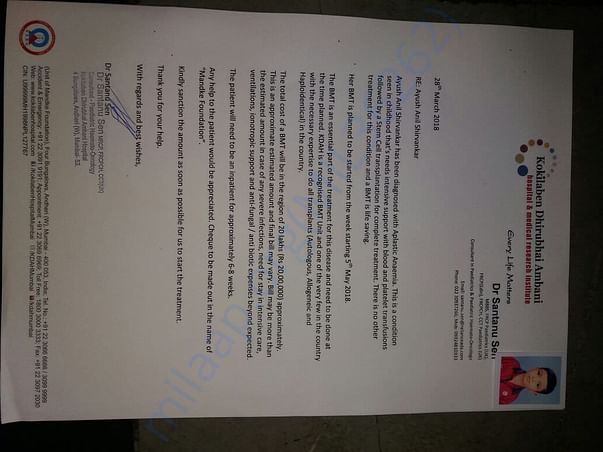 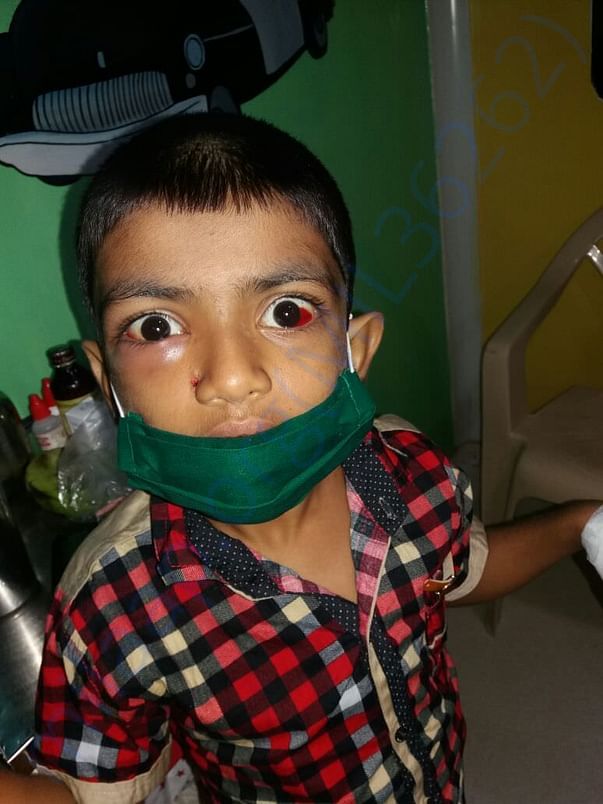 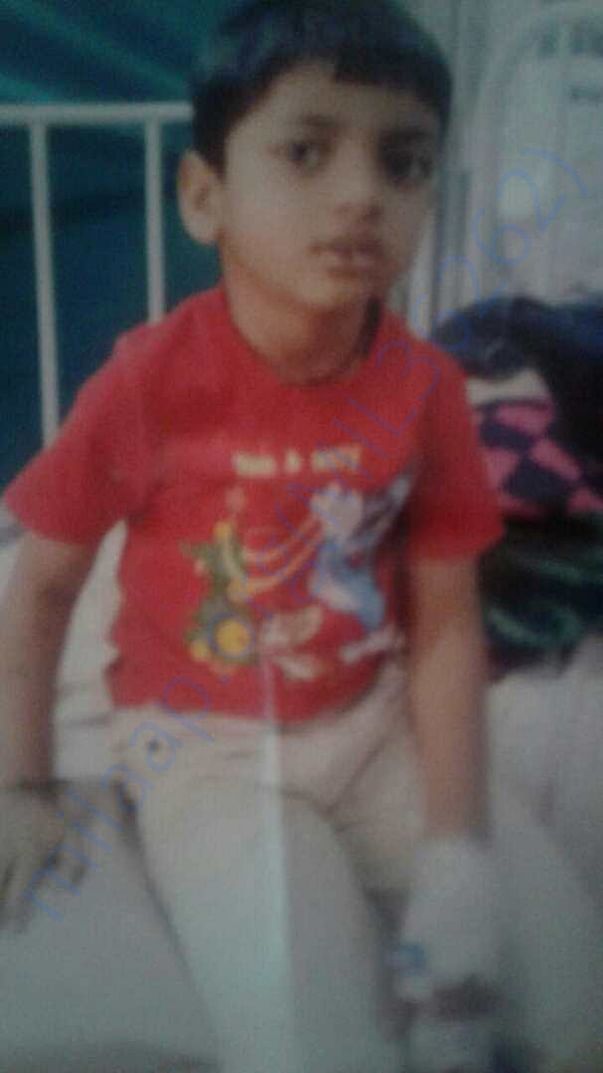 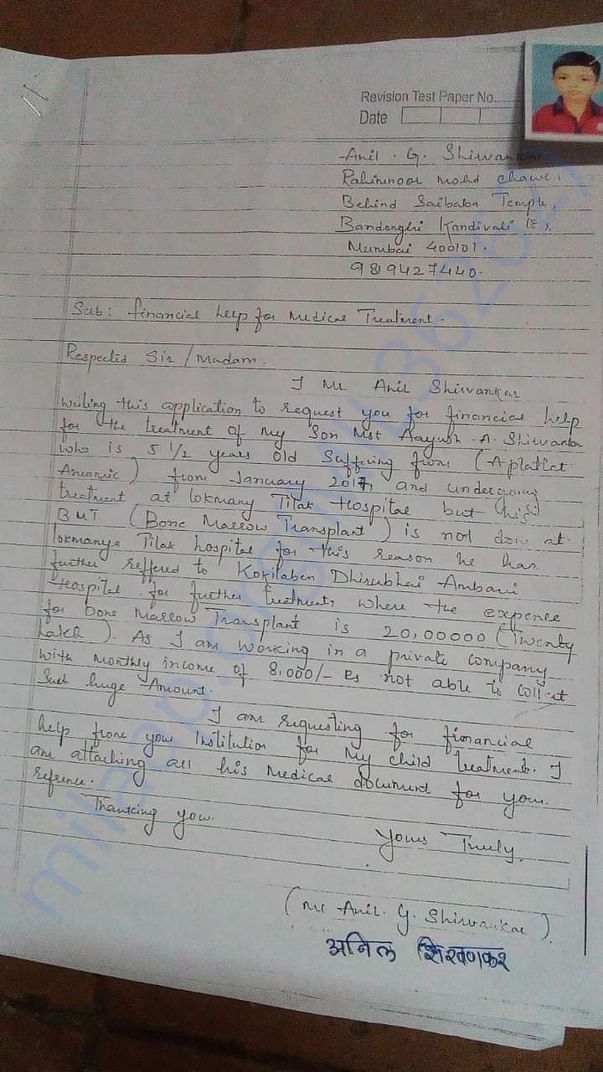 With inexplicable grief, we're having to inform you all that Ayush passed away.

He developed a severe infection again and we were all hoping to see him recover. However, he then had some internal bleeding which complicated his health. He also had breathing problems and was then put on ventilator for support. His health kept deteriorating and even after giving him the best of treatment and medical care possible, we couldn't save him.

Thank you everyone for your support. This means a lot to us.

Regards,
Nupur
Dear Supporters,
Thank you all for your support.

Ayush underwent a Bone marrow transplant recently but he has developed an infection and his body maybe rejecting the bone marrow.
His blood count has also gone very low.

Doctors have kept him under observation as of now and they have suggested that he might undergo a transplant again if the complications occur.

Thank you so much for your support up till now, we shall keep you all posted.

Here is a quick update for you all.

Ayush underwent the bone marrow transplant and is now recuperating in the hospital. He developed an infection post his surgery but is much stable now.

Keep sharing this campaign. Thank you for the love and support.
Load more
Donate

Scan & donate with any app
check_circle_outline Download payment receipt
Report fundraiser
See how thousands are crowdfunding for their causes on Milaap
Rs.683,970 raised

May Allah bless you my dear

Life is the greatest gift.

May Allah bless you my dear

Life is the greatest gift.

You are sending a message to
nupur
Go back 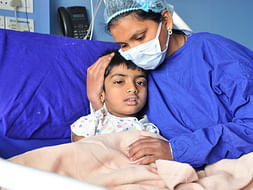