Shopkeeper Has Just Few Hours To Save Baby Girl From Heart Failure | Milaap
This campaign has stopped and can no longer accept donations. 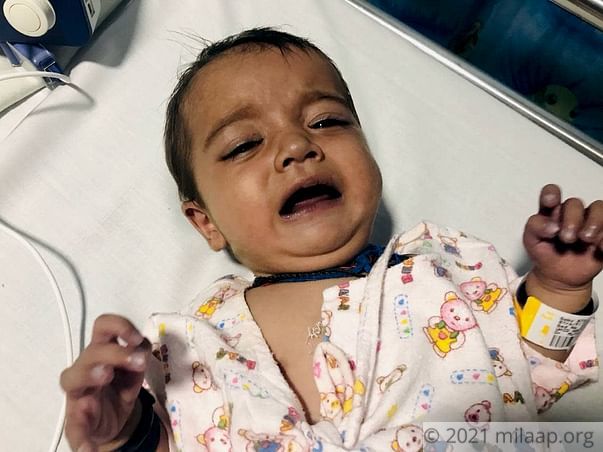 “Her lips, fingers and toes turned completely blue this morning. There’s no oxygen in her body. She couldn’t breathe and continued to cough. Every time she cries out in pain, she stops breathing. My baby’s condition is deteriorating, and only a surgery today can save her.” – Ayub, father

This morning when the doctors told Ayub that his 7-month-old needs the heart surgery urgently, he begged them for at least 5 days time to arrange for the funds. Unfortunately, they told him that Atayia can't go on for that long without surgery. She might not make it to the next day without a surgery in a few hours, but Ayub has nothing left to afford it.

They almost lost her at birth, now her parents struggle to keep her alive

“A few minutes before Atayia was born, they told me that they can save either the mother or the baby. At that moment, I thought I would lose them both. My 4-year-old daughter was waiting for us back home, and I didn’t know how I was going to face her.”

Fortunately, His wife, Bastar and baby Atayia made it. They even took home their seemingly healthy baby, but 8 days later when she developed a relentless cough and cold, she was back in the hospital. The diagnosis was shocking – she has 3 holes in her heart and the left side of her heart is underdeveloped. What followed were months of checkups and medicines for baby Atayia until yesterday when her heart started giving up on her.

Ayub and Bastar are from Bareilly, but he works in a small cloth shop in Delhi for Rs. 8,000 per month. For weeks he couldn’t go back to work – all he focused on was making sure his baby is healthy. However, when her condition deteriorated, he had no option to take her Delhi for treatment. Ayub has done all he could for his daughter, now he’s helpless.

“I don’t have much in savings. They said she couldn’t wait 5 days for the surgery, so I somehow managed to borrow Rs. 20,000 from some people I know in the last couple of hours, but that’s not enough. I need 2.7 lakhs but I have no way to afford it in such a short time.”

While Ayub runs around, asking people, making calls to find a way to afford his daughter’s surgery, he keeps checking his watch. Time is ticking. Baby Atayia needs the surgery in the next few hours to survive.

Baby Atayia has known nothing but pain since birth. She can’t take a single breath without being in pain. You can give her a chance of a healthy life. 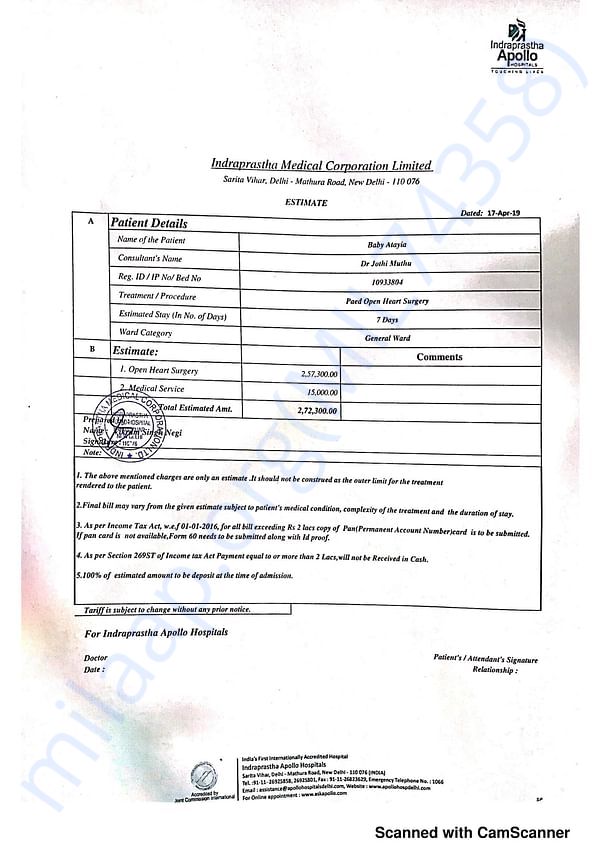 Thank you for all your love and contribution towards Ataiya.

Here is unfortunate and sad news to share. Ataiya successfully underwent the transplant. However, post-surgery, her condition was critical and her health kept deteriorating. Despite the best efforts, she could not recover.

Funds raised has been utilized to clear the medical expenses.

Thank you once again for all your support.

Atayia is doing good and has been discharged from the hospital as well.

Thank you all very much.

Scan & donate with any app
check_circle_outline Download payment receipt
Report fundraiser
Know someone in need of funds for a medical emergency? Refer to us
Rs.35,700 raised

5 Supporters expand_more
This campaign has stopped and can no longer accept donations.
$150 Million +
Raised on Milaap
Are you in need of financial support for medical or personal emergencies, or a social cause?
Start a fundraiser
Or
Know someone in need of funds for a medical emergency? Refer to us
Campaign organizer contact_mail
DM
Dr. Muthu Jothi
Beneficiary: Atayia info_outline

Hope you get well soon.

Hope you get well soon. 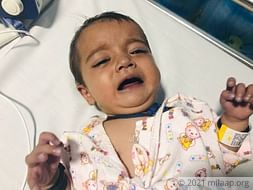