Rahul's dream to save our tiny helpless friends | Milaap
This campaign has stopped and can no longer accept donations.

Rahul's dream to save our tiny helpless friends 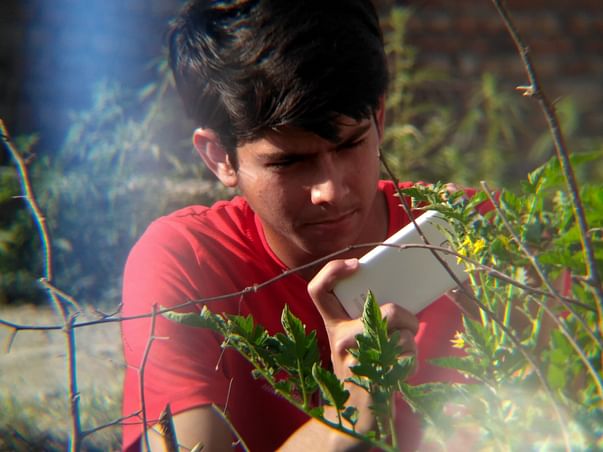 Who am I fundraising for?
I am raising funds for Rahul, a 17 year-old boy who lives in my colony. He is the eldest of the three siblings in the family and has just passed out his senior secondary education.He studies Commerce as the main subject and is a bright student in his school. He is very dedicated towards his studies and is a very hardworking boy, as far as I have known him. We have been very good friends for the last 8 years and I have seen the potential in him. His father is a mason and works whenever there is work available. Rahul has no plans to study further, as he still has two younger brothers after him. His mother wants him to learn some kind of practical skill like electrical repairs or automobile servicing so he can support the family, but he has a dream that can largely affect the mindset of people about how they look at the world.
The talent and enthusiasm that this boy has is something I have always admired. The fact that he decided to quit his studies so his two younger siblings can continue theirs is something not usually expected from a boy of his age.
Why am I fundraising?
Rahul has an amazing talent, and it is that he captures pictures of plants, insects and small animals through his smartphone.The pictures that he clicks have an amazing perspective that makes us feel like we are a part of that tiny world.
Last year, he had clicked the photo of a frog from a friend's phone, and that photo his friend uploaded to a smartphone giveaway contest on facebook, which won him a Coolpad Note 3 Lite smartphone. As an honest move, he gave that smartphone to Rahul.
Since then, Rahul has been efficiently utilizing the 8 Megapixels camera of that smartphone to capture pictures, that have been improving day by day. His talent came to my notice when one day, he showed me a macro lens for smartphones that he had borrowed from his friend.That lens was capable of capturing photos of tiny objects much more clearly than the camera alone, but the way that lens is used matter a lot. His friend had that lens for a while, but did not realize the true potential of that lens until Rahul borrowed it from him. The photos that he had clicked using that lens were self explanatory of his talent.

These photographs are all beautifully captured and clearly tell us how talented young boy is. The reason he captures photos of small creatures is because he wants to show it to the world that how beautiful creatures live in our surroundings that are becoming less in number because of the lack of plants around us. He wants the people to know that the small animals that go unnoticed while we cut trees and plants for our purpose, can be saved if we start planting trees and plants in our surroundings.
So, when I came to know about this motive, I realized the huge potential that this little dream could have and how it can help to aware the people about their beautiful environment. He wants us to consider these creatures as a part of our surroundings and acknowledge their existence, so we all can work to preserve our environment.
The Dream:
Rahul needs your support to buy the necessary equipment and gear for equipping himself to embark on this journey of awareness. This process has a twist, as he makes the people realize the beauty and innocence of the creatures around us in a creative way. He has been facing difficulties due to the limitations of the smartphone camera that he possesses. So, I want to take a step and arrange the required hardware for him, so he can embark on this journey with his full potential.
I have researched about the basic gear that he'll need to start capturing Macro photographs efficiently. The Camera will cost somewhere around 37000 INR. He will also need a Tripod that costs 1000 INR and a Macro Lens , which is a very essential equipment and costs around 8000 INR.
Overall, if we all can join our hands together, we can help this enthusiast boy in fulfilling his dream , which in turn can help us too. His talents need your support and appreciation, so please come forward and lend a helping hand for him.


In case of any queries, you can contact me on this email address: mayankoo7.mv@gmail.com
Donate

You are sending a message to
Mayank
Go back 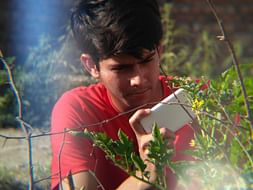 Rahul's dream to save our tiny helpless friends