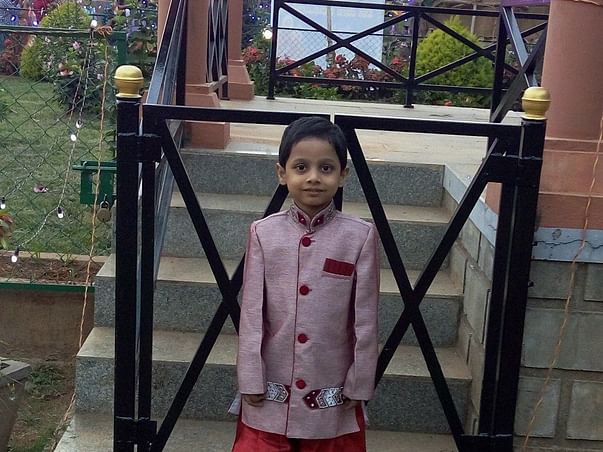 Adrito's elder brother was diagnosed with Brain Tumour at 5, and his parents needed to find means to cure him before they could even recover from the shock of learning about this. They sold their house and their shop, drawing down any savings their little income had allowed them. Regular trips to the hospital prevented Suman from getting a job as well. A series of cycles of chemotherapy, radiotherapy, and surgeries left them with almost nothing to be able to cover even day-to-day expenses.

They had already spent over Rs. 12 lakh on Riyansh's treatment, and were still living under the risk of a relapse.

Within months of Riyansh's treatment, Arjana noticed a swelling and stiffness on Adrito's stomach.

"I still had a hope that it would not be something big, but we knew better than to ignore it. The diagnosis was our worst nightmare come true. Now, my younger son had cancer. Can you imagine what a mother would feel like at that point? I did not want to live anymore, wanted to run away, to just disappear from this reality. My husband did not have a job, our shop, house, everything was gone, ornaments had been sold, I dreaded the hospital already, and here another series of trips to that place stared me in the face," Arjana relates.
Adrito is like any other naughty, active 5 year old. He does not even know what is happening to him. He definitely hates the hospital.
"Of course he hates being there. He would rather be upto some mischief with his older brother at home. That's the life he deserves, but it's as though my house is supposed be just just empty, silent walls, while my children go through all this one after the other before my eyes."
Adrito's mother is trying hard to hide her grief and help him continue as though life were normal.

"The truth is, we really have nothing: no means at all to keep his medications going, or to ensure he is treated. I feel guilty and helpless. If I had one more thing to sell or mortgage, I would; but we have already sold everything we had. I had not even imagined things would turn out this way? If we are able to raise any funds, my son will live. Anyone who helps at this point would be giving my son his life back, and that would be a miracle for all of us. I just want to live a simple, normal life with my family once more."

A small contribution on your end can help this mother to save her 5-year-old child from cancer. 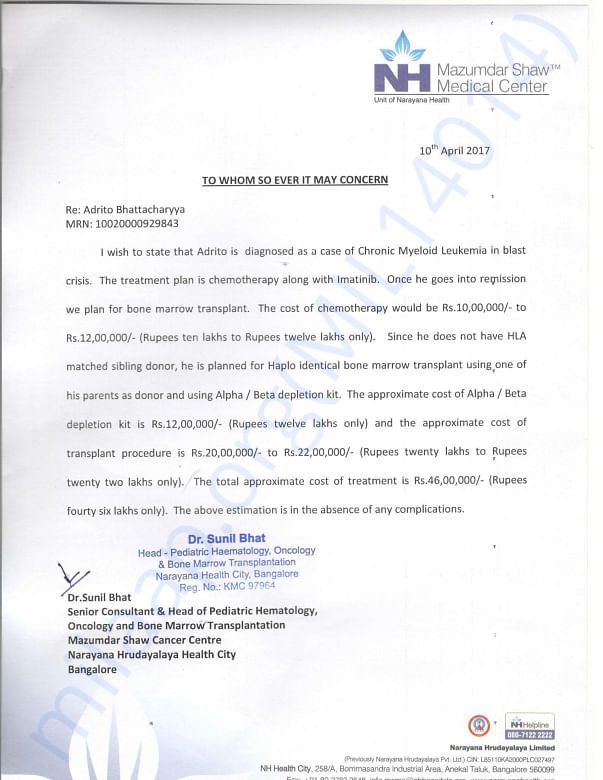 Here is a quick update on Adrito's health. Thank you for the support. He received 3 cycles of chemotherapy and responded well to the treatment. He was discharged for a few days before the transplant could be performed. The hospital has been trying to reach the family after he was discharged to perform the transplant but the family is not reachable.

Here is a letter from the doctor
Thank you once again for all the support you have shown Adrito.

Donated to this campaign via Paytm? Click here if you can’t find your donation listed below.
b
bharat donated Rs.2,500
A
Anonymous donated Rs.1,000

Donated to this campaign via Paytm? Click here if you can’t find your donation listed below.
b
bharat donated Rs.2,500
A
Anonymous donated Rs.1,000 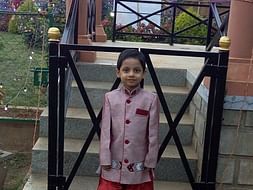