The Kingdom of Heaven is not a place, but a state of mind | Milaap

The Kingdom of Heaven is not a place, but a state of mind

Shares
Shares
Share on whatsapp
The hot afternoon sun was beating down us when we (me and MASS field officer) reached Arbhanvi. Arbhanvi is a small village carved out of a rock mountain. Our destination was the temple on top of this mountain. All the women from the women's SHG who had taken the Milaap loan were to meet us here. When we finally made it there, seven former devadasi women from the Mahashakthi SHG were curiously staring at us. We were welcomed with glasses of fresh, cold buttermilk, which was comforting after the walk up to the top. 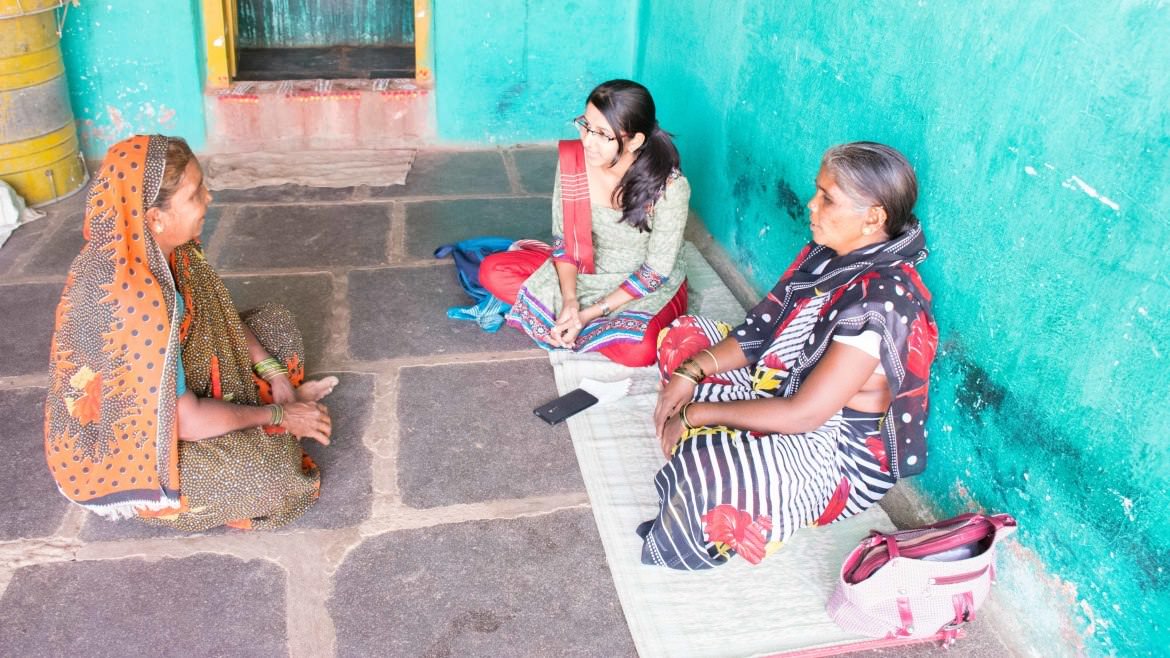 My meet with Yallavva's SHG
Among the women who had gathered, was Yallavva. American novelist Ellen Glasgow seemed to be channeling Yallavva when she wrote, "No life is so hard that you can’t make it easier by the way you take it". Yallavva, has a singularly positive attitude towards life despites all that she has had to face. She is a former devadasi, the target of an age-old tradition, involving a low-caste girl being dedicated by her parents to the deity in the local temple. This renders them unable to finish their school or compete for other jobs and stunts their life for good. I was fascinated by her from the moment I met her. When I asked her what she did all day, she said “I stay in this temple and look after the things here all day”. 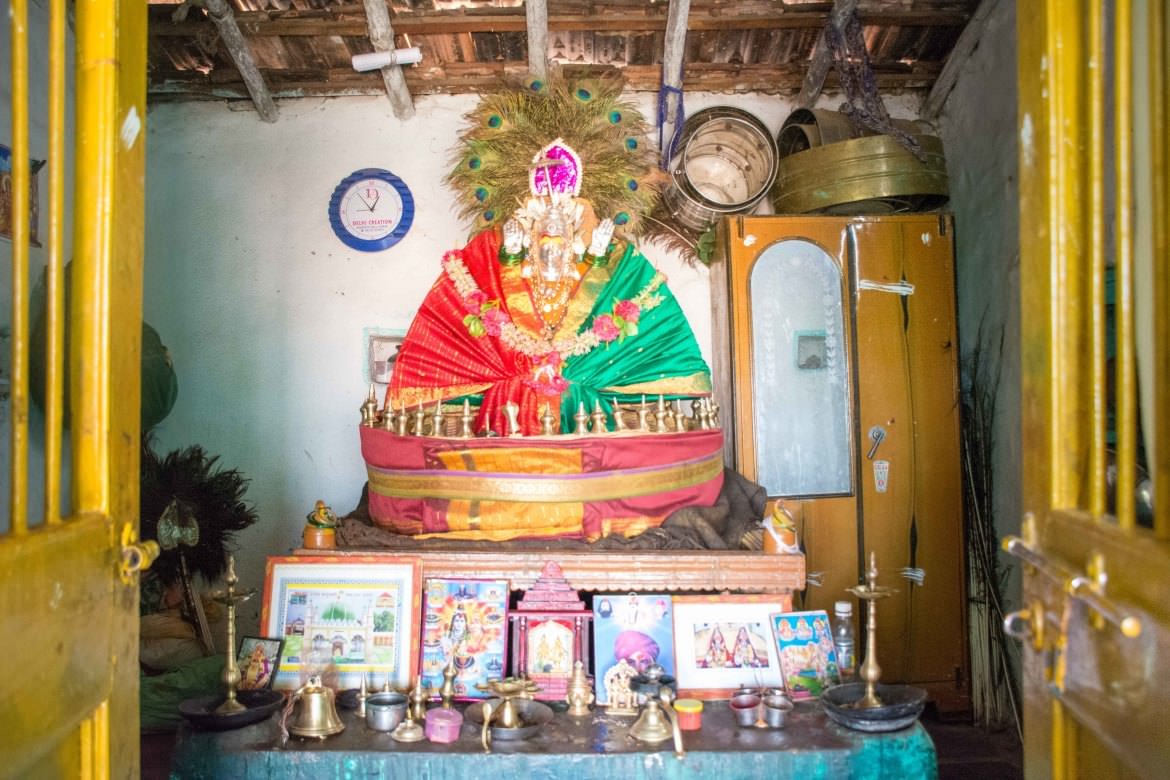 This didn’t make much sense to me because the devadasi system had been abolished in the Belgaum region-C, I asked her, “Are you still a devadasi?” “Though I am not a devadasi anymore, I am still married to the local deity. I have been since I was 7 years old”. Confused, I asked her, “Why do you have to work in this temple everyday? You are free now and don't have to dedicate yourself to the temple”. “True, many men took advantage of the fact that I was a single girl living in the temple and made me feel like a prostitute. But now, I have my own home and small animal husbandry. I earn enough to sustain myself. But, I am still married to this temple. After all this time, I finally get to be a devadasi in the true sense of the word, without having to compromise my integrity”. The pride in her eyes spoke mountains about her dedication to the temple.

Yallavva took a loan from MASS a few years ago to buy goats. She has repaid it and taken a new loan to build a small barn, to house her buffaloes and goats. She says “Dwelling on the past would only result in me reliving things beyond my control over and over in my head. I was tortured by others, and now I don't want to torture myself. What is done is done. I am happy to be living with my son, daughter-in-law and grandson”. She has no bitterness towards the world though it let her down in many ways. Her optimism and attitude towards life is inspiring. 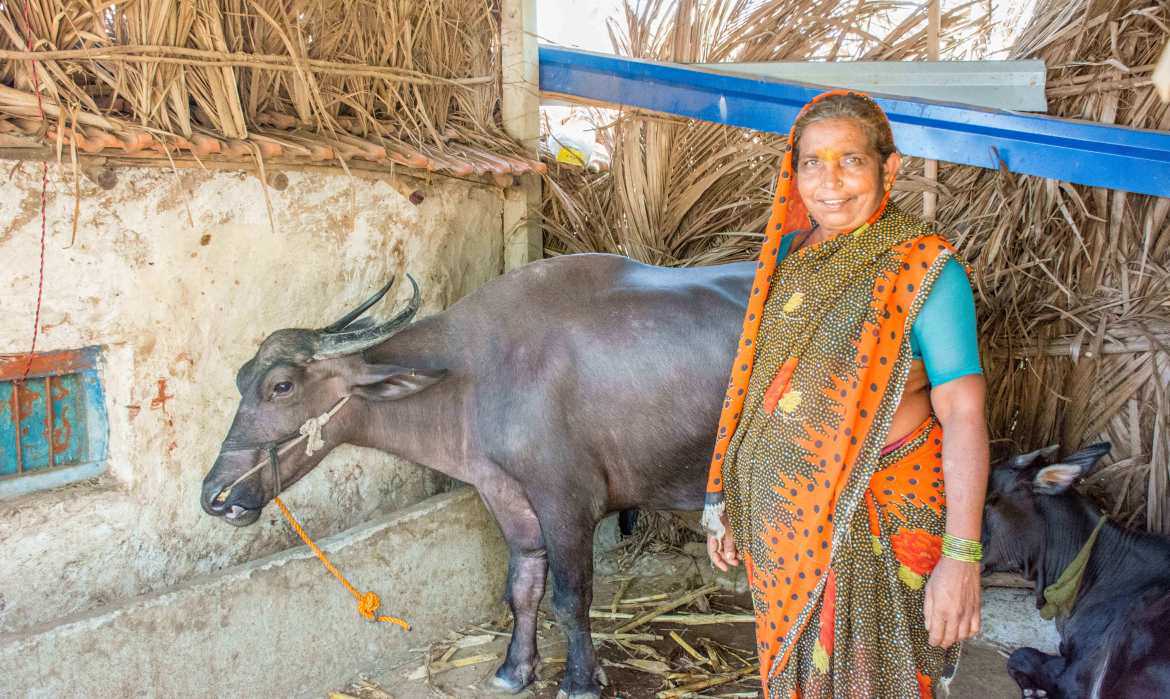 Yallavva showing off her pride - her buffalo and cow
Donate

Former devadasi Yallavva's attitude towards life is infectious. Though uneducated, she has come...

Donate Your contribution can help former devadasi women forge a new life for themselves!
Security & Privacy Conditions of use © 2010 - 2021 milaap.org. All rights reserved.