By Shalini Kannan
15 April, 2016
Shares
Share on Whatsapp
India – a country under spiritual influence, where families consult astrologers before making big changes, and where the expression ‘holy cow’ takes on new meaning. After three months living here, I’ve seen instances of this ‘spirituality’ everywhere, including many occurrences where it may border on superstition. In the big cities, one sees fewer traditions with faster-paced and less faith-based lifestyles. Only by living here in rural India have I seen the true capacity of Indians to live by their cultural traditions. The primary public spaces where people come together are the religious centres. Here, the small temples may even outnumber public toilets.

While certain traditions may seem wacky at first, they can often be explained with scientific reasoning. In front of many buildings and vehicles, cotton threads run through a small lemon and a handful of chilies before reaching up to hang from a doorway. Hindus believe this ornament wards off the goddess of misfortune, Alakshmi, by preventing her from entering the household. This mythology is backed by science though, for the thread in the ornament diffuses an acidic scent that keeps away bugs and pests (which may bring misfortune).

However, it seems to me that some practices are actually a little bizarre. Don’t get me wrong, I respect that they hold personal meaning for some and make India so culturally unique. But that doesn’t make them less quirky. Here are a few of those peculiarities that have stood out to me:

There’s no denying that India has an incredible quantity of temples. Trichy itself attracts pilgrims from all over India because of its numerous famous temples, including Rockfort, Ranganathaswamy, Jambukeswarar, Samayapuram Mariamman and many more. So, coming to Trichy, I knew I would visit many temples. But what’s surprised me is all of the religious activity – particularly temple processions. More than twice per month, I find my bus journey interrupted by a passing procession – well-lit deities, loud traditional music and all. Throngs of followers bow their heads and snap pictures as the noise of vehicle horns blends with the blaring nadaswaram. Between such a variety of temples, it seems there is always some festival to celebrate or god to honour. Though unusual for me, I enjoy seeing religious beliefs expressed in such a festive way.

Indians (and many other cultural groups around the world) believe in Drishti, or the evil eye. Drishti is caused by others thinking negative or jealous thoughts about someone or their family. This negative energy can supposedly bring physical or mental illness to whomever it is directed at. To protect themselves from the evil eye, people hang pictures of fierce and scary ogres in their homes or vehicles. 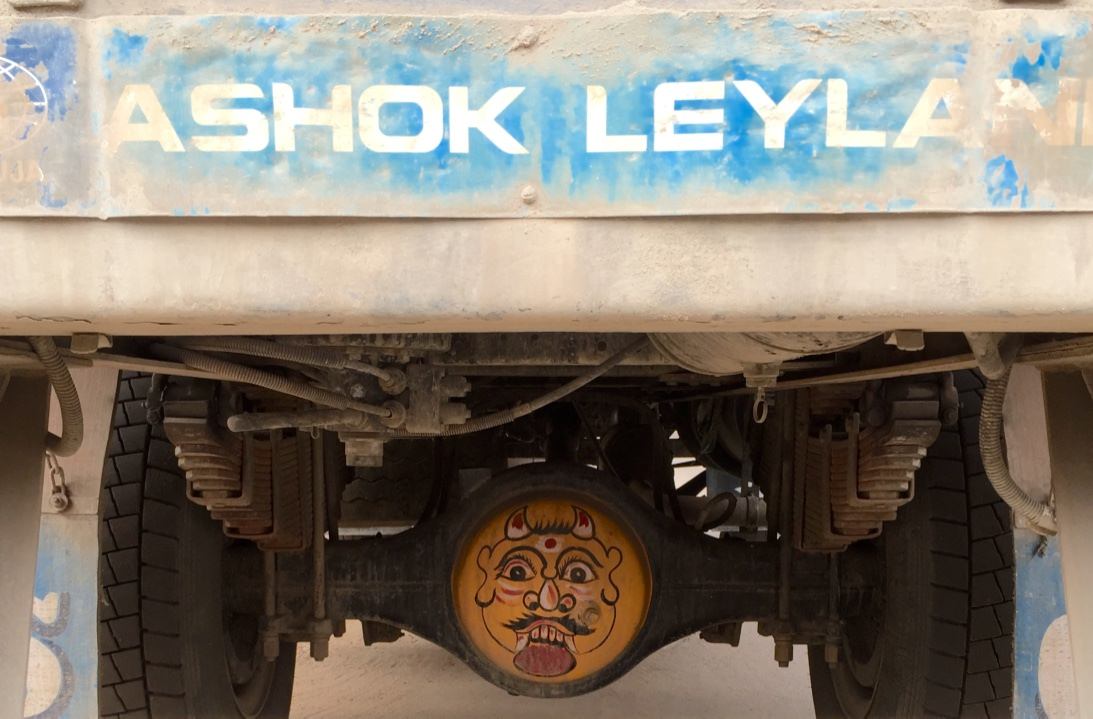 Babies and children are seen as particularly vulnerable to attract jealous or negative thoughts, so special precautions are taken to protect them as well. Parents draw black “beauty marks” with kohl on their baby’s cheeks, or tie black string around their hips.

From my western background, this superstition was by far the most interesting to learn about. My first sighting was in Karnataka, where I looked out the car window to find an old man in an orange dhoti with his long grey hair matted into one giant dreadlock that extended to his tailbone. I asked my friend about him and she explained that people with this kind of matted hair believe they have special relations with the spiritual world. They may even believe that spirits reside in their hair, thus giving them power to bless others.

Upon further research, I learned that dreadlocks (called jata in Sanskrit) are worn by Hindu sadhus and sadhvis, or holy men and women. These matted jatas demonstrate a disregard for vanity, which is key in ascetic Hinduism. When visiting the Samayapuram Mariamman Temple in Trichy, I encountered a dreadlock-clad sadhvi who sat near the exit of the building, blessing and placing kumkum on the foreheads of anyone who came up to her. Though I found her a little intimidating myself, after watching a mother bring her children to her, I gained the courage to go receive her blessing. 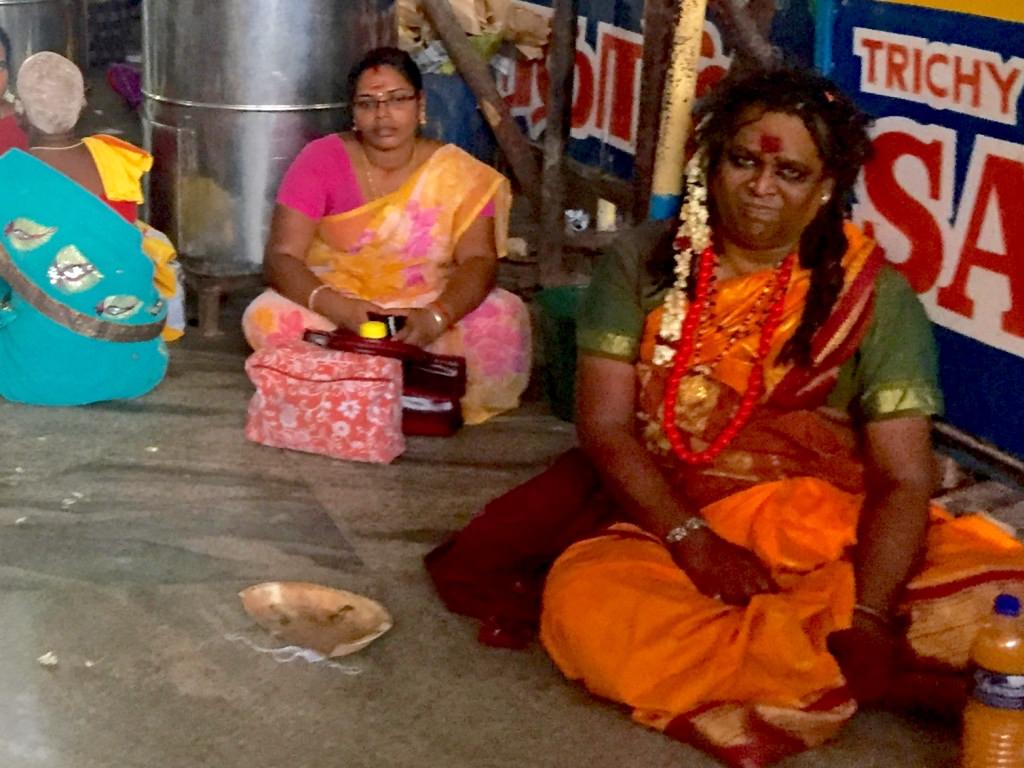 Before living here, I would never have expected that such inexplicable encounters would become a part of my everyday life. Though many of these cultural nuances eventually blend into the backdrop of daily life, I’m happy to see these traditions alive and well in rural Tamil Nadu.